Why This Romanian Music Festival Is Holding Concerts in a Landfill 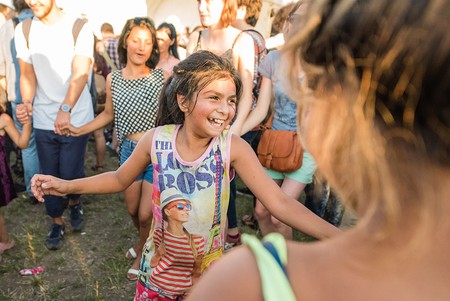 A girl dances to the music | © Marius Mariș

Cluj-Napoca, the unofficial capital of Transylvania, is known for many things. There’s its trendy cafés, the many cultural events it holds every year and its vibrant nightlife for a start. But there’s another side to the cosmopolitan city – the second most populous in Romania – that’s been been hidden away from the glare of tourists.

Pata Rât is an urban settlement based on the outskirts of Cluj-Napoca near its landfill site. Around 1,500 people live there in makeshift homes; most of them are of Roma ethnicity and more than half are children with hardly any access to education.

The families live and work among the mountain of waste. Kids play in the refuse, and every day, people search the leftovers to see if they can find any paper or metal they can reuse or sell. Begging for money becomes one of the few options open to them. 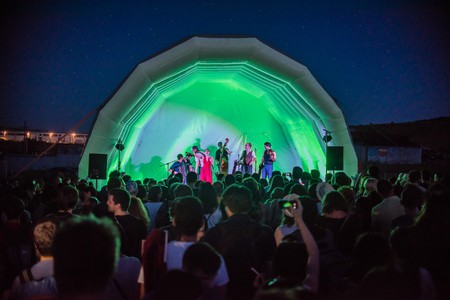 The stage at the landfill site | © Marius Mariș

But one music festival is doing its best to reclaim the site and integrate the Pata Rât familes into Cluj-Napoca’s community. Jazz In The Park is setting up a stage in the landfill site to encourage the families there to take part in its week-long celebration and to help erase the stigma associated with gypsies in the country.

Alin Vaida, director of the festival and head of NGO Fapte, told Culture Trip: ‘The community is segregated from the rest of the city and faces a lot of difficulties – the biggest one is that being Roma, they face a lot of discrimination. Another big problem is that because they are poor and have to fight for food each day, they don’t have the time to think about life like the rest of us do.

‘I bet each one of you that reads this article knew since you were kids that you will go to school, graduate and have a decent professional life. They don’t and it’s not fair. So Cluj has to do something to integrate them and give a chance to that community.’ 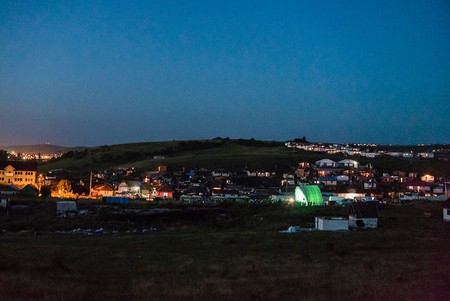 The festival attracts talent from around the world, with acts like The Herbaliser, Soweto Kinch, Bill Laurance Quartet, Richard Bona Group and Superpoze part of the line-up this summer. Last year was the first time they hosted a stage in the landfill, and it was such a success that it will be resurrected again when it starts on June 21. Other venues include the Central Park, Grigorescu Beach, the Art Museum and the Hungarian Opera.

‘We always said that our festival is for the whole community; everybody is invited,’ Alin said. ‘But they weren’t. Or at least, they didn’t feel like they were. Being a segregated community, we had to do more than just promote the festival publicly. So, last year, we decided to go to them.

‘It was a very huge step. Our gesture had a double message. The first one was to make the community there feel like part of the Jazz in the Park family and the second was to bring people from the city to the venue, to actually see with their own eyes what exists at a 20-minute drive from the city centre.’ 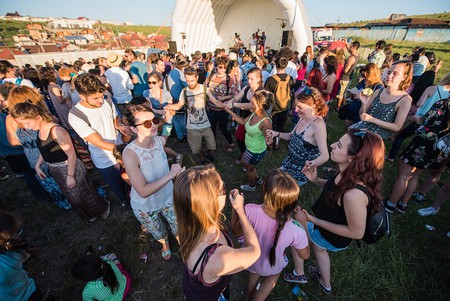 The gigs were a huge success | © Marius Mariș

The festival brought in a stage, toilets, decorations, a generator for electricity and a small crew for security. Free buses were also arranged to transport festival-goers from the city to the landfill.

They wanted to keep their intervention minimal as ‘the point wasn’t to change the site’. Alin explained: ‘We cannot do that. And we don’t want to encourage people to live there. The point was to make the people feel accepted.’

The festival certainly succeeded in doing that. Last year, during the four gigs held at Pata Rât, locals, revellers and families danced together and bonded over their love of music until the early hours. As organisers cleared the site ready to return home, a group of ten boys from the community offered to help in an attempt to repay them for the concerts.

Alin said: ‘We are a festival. Music is our voice and our power. This stage is our gesture of giving something that we are good at to others. If everybody would do this, then we would actually change the world. There is so much work to be done in making the world better and everybody should take part in this process.’

Jazz In The Park runs from June 21 to July 1 in Cluj-Napoca, Romania.