Why Everyone Wants to Keep Vama Veche a Secret 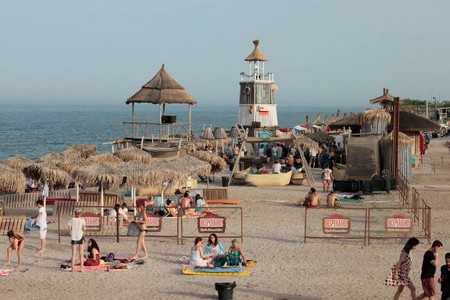 Once a small fishing village, Vama Veche, located on the easternmost tip of the Romanian Black Sea coast, has grown into one of its most popular resorts. A long-standing symbol of freedom and anti-consumerism, it is fast becoming a victim of its own success.

Romania’s Black Sea coast is one of the tourism intensive areas in the country. Inhabited since around 5000 BC, it includes large cities, such as Constanța and Mangalia, as well as a string of seaside resorts built or enlarged during the country’s communist years. Among them, at a time when other small cities and fishing villages were witnessing intensive building and development, Vama Veche already stood out as an exception. The site of the border between Romania and its neighbour Bulgaria, the village was not deemed suitable for mass tourism. 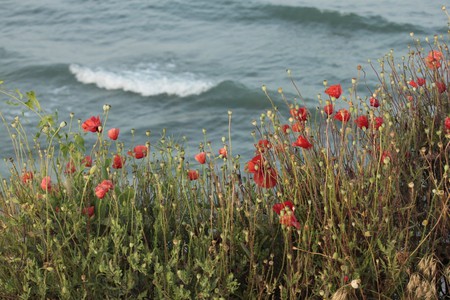 Wild flowers alongside the shore

That is why, during the communist period, Vama Veche started drawing the wild spirits, who would flock here in search of pristine nature and that Romanian authentic village vibe. It is not really known why the repressive regime of the time allowed for Vama Veche to become a hangout for the country’s intellectuals, but the situation was tolerated, provided that visitors carry their IDs with them. Tourist accommodation was basically non-existent, so visitors would either camp on the beach or rent a room in the village.

An oasis of freedom

As soon as the 1989 revolution ousted the communist regime, the Romanian seaside felt the shock of the country’s switch from a planned economy to capitalism. While local entrepreneurs took over the many hotels in seaside resorts, those looking for an alternative to soaring prices and the advent of consumerism started flocking to Vama Veche, where bars and terraces started popping up. 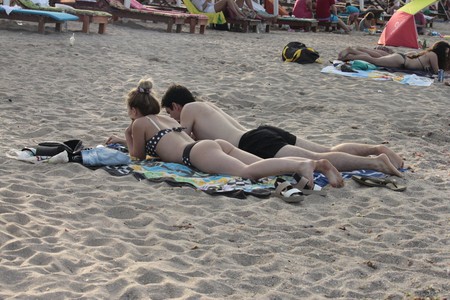 But instead of following mainstream development, those coming to the village to invest, fought mainstream trends and instead cultivated a feeling of community that put shared experiences above mercantilism. Several cultural groups, such as rock music and folk music fans, started standing out and lent their spirit to the place. Moreover, the village’s nudist beach remained a big part of the local culture, despite being located in a central part of the 300-meter shell-shaped beach. 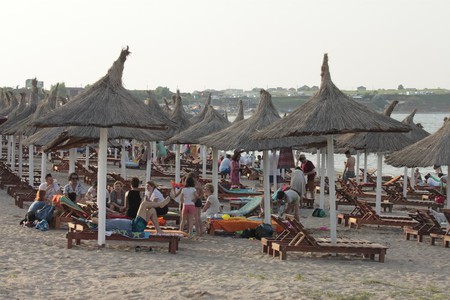 In the past years though, as the reputation of Vama Veche drew bigger crowds, the small fishing village started attracting those with an eye for profit and the massive development that had spared it the fate of the other resorts could not be delayed anymore. Plenty of new houses were built, as well as several hotels, including a four-star establishment. Vama aficionados did try to stage an opposition by starting a campaign under the slogan ‘Save Vama Veche,’ but understandably, capitalism could not simply be kept at bay, and has forever transformed the surroundings.

But the party must go on

Today, Vama Veche is still the best place to party for Bucharest’s alternative crowds. Its many terraces and clubs, lined along the shore, become animated with tourists starting May 1, when the official seaside season kicks off. From then until mid-September, it is the party epicentre of the country, with partygoers routinely dancing until sunrise.

Although for many, Vama Veche has transformed beyond recognition, its enduring appeal draws today the children of those who first discovered the place, ensuring its status as a symbol of freedom. 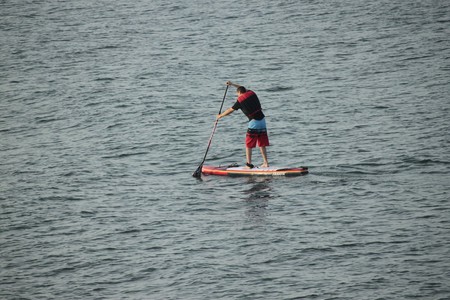 Stand-up paddling in Vama Veche | © Georgeta Gheorghe
Give us feedback