Where to Find the Best Sarmale in Bucharest 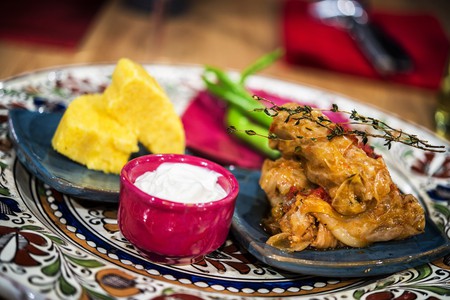 Making sarmale is the test of every Romanian chef. The ultimate Romanian comfort food, the pickled cabbage rolls must be stuffed with meat and rice and cooked slowly until the rice is creamy, the meat is juicy, and the cabbage stays tender. Overboil them, underseason them, or mess with their regular shape and you can ruin a day’s work and disappoint everyone. To save you a letdown, we’ve scouted the best places in Bucharest that serve the perfect sarmale.

For a restaurant, Casa Doina has a long and illustrious history. Built in Neo-Romanian style to serve as the pavilion of the 1890 Paris Expo, it quick became the favourite spot of the aristocracy of the time. Served on a creamy bed of polenta, their version of sarmale is served with a slice of smoked streaky bacon, the mandatory crème fraîche and a chili, for a touch of spice.

Run by one of Romania’s most beloved poets, Lacrimi și Sfinți, literally meaning “Tears and Saints,” positions itself as an “atypical” Romanian cuisine restaurant. Its chef’s repertoire combines 100-year-old recipes with modern inventions with ease and grace and, when it comes to sarmale, there’s no room for experiments. Their version of sarmale, famous in the city, is made from a mix of goose, veal, and pork meat and it boiled in Sauvignon Blanc. 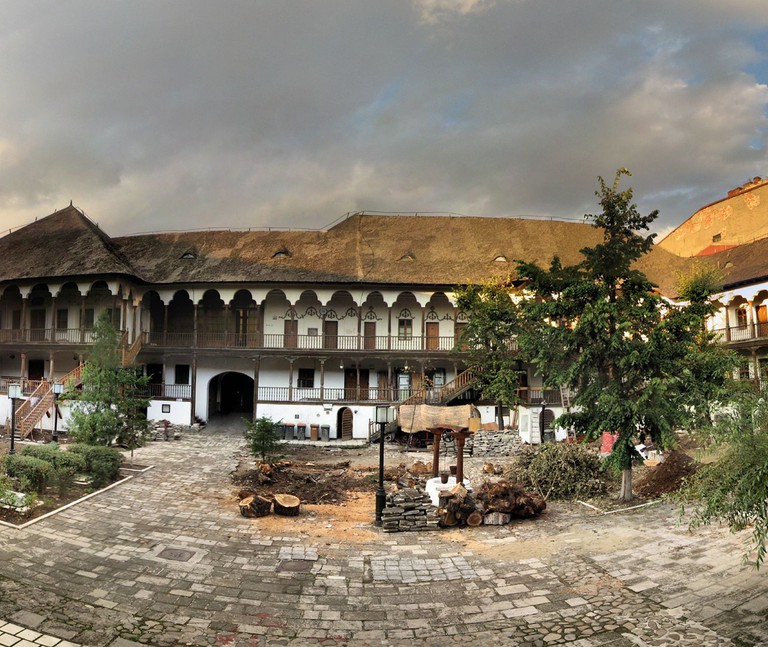 Hanul Lui Manuc | © Panoramas/Flickr
Step inside the courtyard of Hanul lui Manuc, a historic inn dating back to 1808 hosting a restaurant, and you’ll literally walk in the steps of many of Bucharest’s historical figures, such as dignitaries, merchants, adventurers, and even some outlaws. After becoming the city’s most important trading ground in the 19th century, today, after massive restoration Hanul lui Manuc still remains one of the most famous buildings in Bucharest. Their kitchen is famous for not one but two versions of sarmale. Pick from goose meat sarmale wrapped in pickled vine leaves and baked in the oven with tomatoes and wine or the classic, winter version, served with chilli and crispy bacon.

At Zexe, the chefs serve dishes of Romanian traditional cuisine with a modern twist and a contemporary presentation. But when it comes to their sarmale recipes, the restaurant welcomes you with the tastes of bygone times. You will have a hard time choosing between the two equally illustrious versions of the dish, each using totally different ingredients. Made using the original recipe from an 18th-century inn in Neamț County, their sarmale in cabbage leaves combines wild boar meat with secret spices and is baked over a slow fire in the oven. The lighter version will see you sample a dish famous in Bucharest during the interwar period: goose breast sarmale wrapped in pickled vine leaves. 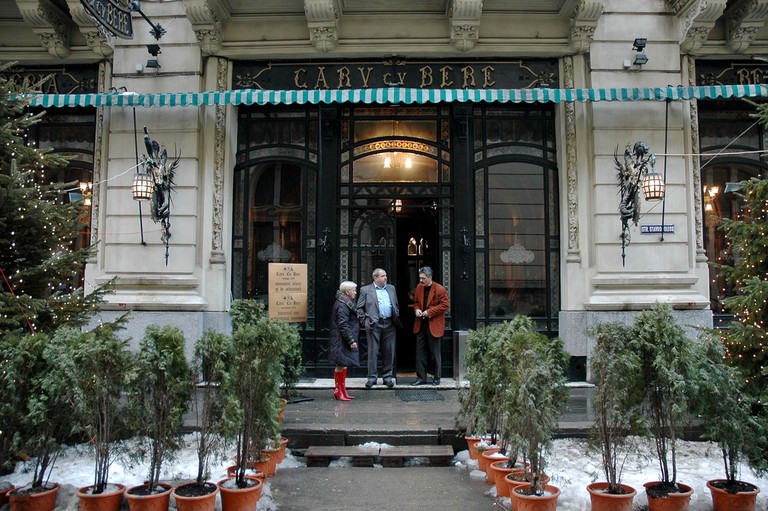 Caru’ cu Bere is an institution of Bucharest’s social life. With a history spanning 13 years, it is housed in a spectacular Gothic Revival building with a richly adorned interior in Art Nouveau style. Located in the Old Center, it serves a myriad of Romanian traditional dishes, with sarmale among the most popular. Cooked and served in the traditional way, they are a classic rendition of the dish, as made by grandmothers around the country. If you’re in the mood for something original, wash them down with the house beer, made according to an original recipe from 1879.

La Mama, literally meaning “At your mom’s place,” is a restaurant chain serving traditional food that strives to lend their dishes that unmissable homemade feel that characterizes all Romanian dishes. Their sarmale, made with a combination of beef and pork meat, and served with smoked salo, raw onion, and chili, capture that beautifully.

The peasants’ fair, held near the Faculty of Agriculture and Veterinary Medicine, which gathers farmers from all over the country who display their best products, might be the best place in Bucharest to sample the variety and richness of Romanian cuisine. Here you can find sarmale made on the spot, in big tin kettles hanging over the fire using different recipes from the country’s many regions.

Under the name Hanu’ Berarilor you will find two restaurants, located in two historic villas in Bucharest. What do they have in common? Beautiful architecture, a vibe that alludes to the interwar period, one of great expansion for the city, and respect for the culinary heritage of the city. They make sarmale using the classic combination of pork and beef and serve them alongside polenta.

City Grill, a network of restaurants with locations spread throughout the city center, is the place to go for those dishes tried and tested by the locals. If you think classic is fantastic, try their sarmale, served alongside their faithful companions, chili and crème fraîche, and you will not need to go somewhere else.

Serving traditional Romanian food in a decor that preserves the authentic feel of Romanian interiors, Vatra is located right in the city centre, near the charming Cișmigiu Park. They serve two types of sarmale, the traditional one involving beef and pork meat wrapped in pickled cabbage leaves, and a lighter version, made with chicken, rolled into pickled vine leaves, served with crème fraîche.