When's the Best Time of Year to Visit Bucharest? 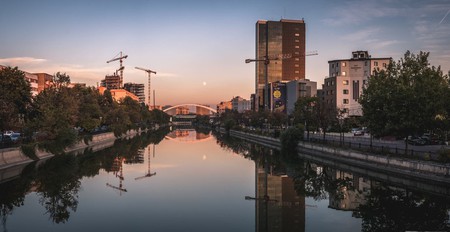 An up-and-coming destination, Bucharest is fast becoming a hot destination for those looking to escape the city. Although a visit to Bucharest is always a great idea, every season takes or adds something from its charm and appeal. Check out our suggestions to make sure you plan accordingly and to ensure your visit goes just the way you want.

According to many locals, spring is when Bucharest is at its best. The parks are green and full of flowers, the birds sing happily and the weather is warm and pleasant. Visit the city in one of these months, and you’ll have the best of everything. However, if you love meeting locals and experiencing the city at its most authentic, don’t plan your trip around May 1st. This is when most Romanians traditionally go for a holiday out to the countryside, and Bucharest becomes a ghost town.

Come summer, Bucharest becomes the tale of two cities. From Monday to Friday the city is buzzing with activity after hours, with restaurants, bars and rooftops staying open until late. Although the weather is at its hottest, with daytime and nighttime temperatures regularly going above 30 degrees Celsius (86 degrees F), this is still one of the liveliest times of the year. Visiting in summer will also set you up for two of the best music festivals in the Romanian capital, TimeShift and Summer Well.

Still, when in Bucharest, you’d better do like the locals do and change your city clothes for swimming trunks and bikinis because you’ll be going to the seaside! On weekends, the city empties out and half of its population flocks either to seaside resorts along the Black Sea or to the mountains.

As the days get shorter, the temperature drops and the atmosphere turns balmy and pleasant. Many prefer to visit Bucharest in autumn, as it is then that the city is at its most romantic. Walk along Calea Victoriei, the city’s most picturesque street, dotted with some of the city’s most important landmarks. You will feel the same romance that once made Bucharest proudly wear the nickname ‘Little Paris’.

This is the time when the city’s cultural agenda becomes busy again, and the city pulses with exhibitions and concerts. The terraces will be busy as well, since the heat has ebbed, and the cold hasn’t settled in yet.

If visiting in winter, you’ll be reminded that Romania lies in Eastern Europe when you pack your bags. Although there have been surprisingly warm winters, this time of year can be very cold, with temperatures dipping below -15 degrees Celsius (5 degrees F). For many, winter gives the city a touch of nostalgia. In early December, the city is wrapped in its Christmas lights, which are customised every year. Throughout the month exhibitions and fairs are held in indoor and outdoor venues around the city. If you visit on December 1st, make sure to save time to drink a glass of mulled wine with locals while they celebrate Romania’s National Day.