'Transylvania is NOT Dracula!' Says the Count of Teleki Castle 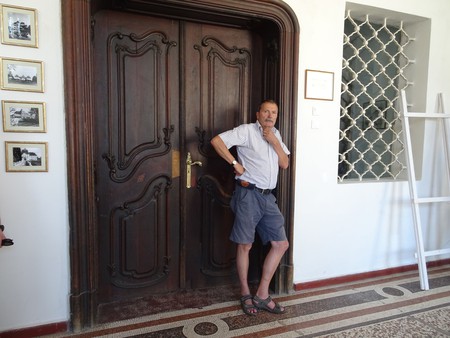 I’ve been in the company of Kalman Teleki for several minutes, and the subject of Dracula hasn’t cropped up yet. The count, joined by his wife, is keen to emphasise the weddings, local events and ongoing music festival he is hosting as we tour his vast castle. So I decide to ask him the question on everyone’s mind…

To set the scene, I’m in Transylvania for the first Awake Music Festival. We’ve enjoyed the first day, having flown into Cluj airport the night before and making camp at a hotel a further three-hour drive away. Having visited Romania’s second city earlier in the year, I struggled to see anything to do with Dracula at all in the city itself. Even here, in the dense forests around Teleki Castle, there is virtually no sign of tacky memorabilia. No shoddy souvenirs or cash-in bat paraphernalia to be had at all. I’m a tad disappointed in all honesty – didn’t this place inspire Bram Stoker’s novel and countless films? 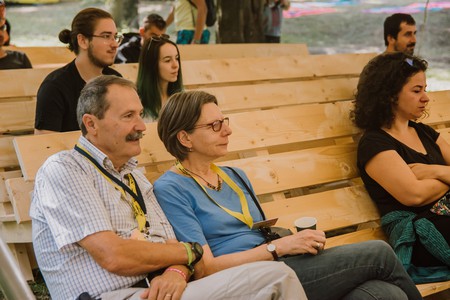 Mr Teleki (known to everyone as ‘the count’) is a great host. He’s shown me the grounds, which, for this weekend in late August, have been turned into a trendy music venue. Several stages populate the gardens and the courtyard is covered in temporary food stands serving up local delicacies. Headline act Tom Odell is on his way to the castle, as is a storm which had been predicted since we arrived. The count, however, remains untroubled.

For the record, Teleki is happy to be known as the count, the moniker is used affectionately and accurately. He is, after all, genuinely the owner of the castle and the grounds. He’s wearing shorts and sandals though, and there isn’t a cape in sight. 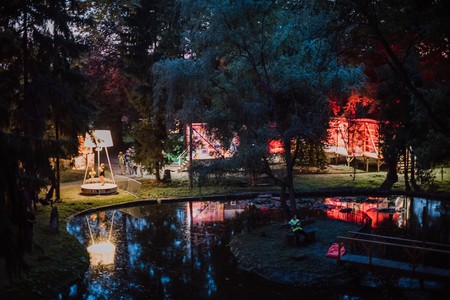 Like many of the 100 or so castles in the region, our current location was once the preserve of aristocrats and wealthy landowners. Things changed under the regime of the communists, in the aftermath of World War II, but Teleki Castle has another reason to be viewed with suspicion by some locals… and it has nothing to do with the supernatural.

Villagers in Gornesti, where we eventually find ourselves, still believe that there is something sinister going on. It’s not an entirely unfounded suspicion, although the count himself is held in great esteem.

In the post-war period, Teleki Castle was used to house children from families who had a history of tuberculosis. Ironically, the children themselves were clear of the disease, it was merely a precautionary measure to protect them, but rumours spread quickly and some people still avoid the castle for fear of falling ill.

The music festival has seen a huge influx of young people from the area, all of whom are certain to return at some point… hopefully with their families. The count explains how this was the whole point of the event, and for those reasons alone, the weekend thus far has been a great success. 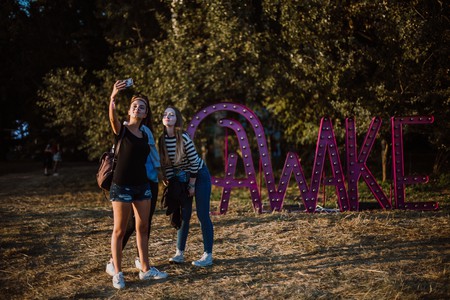 Following the removal of communists in 1989, there has been a steady flow of families reclaiming their castles across Romania. In 2005 a further change in legal status made it possible for the likes of Teleki to be returned to their rightful owners, for a price.

Kalam Teleki was forced to live in a basement flat for almost 20 years before eventually leaving Romania in the early 1980s and working as a chemical engineer in Belgium. He returned to reclaim his home in 2011, but the castle had fallen into disrepair after decades of neglect. The task now is to renovate and as he puts it, to ‘find a purpose for having a castle in the 21st century’.

For an outsider, there seems to be an easy way to raise funds and capitalise on the reputation of Transylvania, even if the reality doesn’t match up to the stories. Irish writer Stoker never even visited the area, his famous novel instead being based on the stories surrounding Vlad the Impaler. Bran Castle, the place most tourists flock to in search of vampires and selfies, isn’t the only castle in the area that can lay claim to being the building featured in the book. The truth is that as with most origin myths, there is a little bit of everything and everywhere to Dracula. 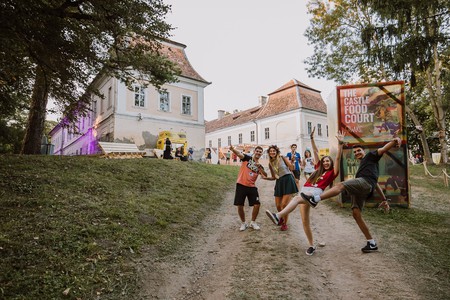 Transylvania is certainly worth visiting regardless of your views on the Stoker novels. On the drive from the airport, as the city lights quickly faded into the distance, the roads were shrouded by the darkness of the imposing trees around them. The moonlight was the only illumination, apart from the our own headlights and the rare appearance of oncoming cars heading in the opposite direction. The following night, as thunderstorms raged around us and a full moon lit up the festival, I understood even more how the spooky stories might have come about. 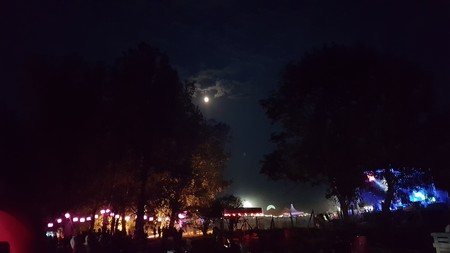 My conversation with Kalman Teleki is winding up and just as I’m about to leave I realise I haven’t asked him directly about Dracula yet. I reluctantly dive in as he sighs with a knowing look at what he is about to be asked. I feel as if I’m about to be told off.

‘Don’t say it,’ Teleki says, laughing at what is coming next. ‘Transylvania is not Dracula!’

The team behind the festival, including Kalman and his wife, are keen on continuing it, and tickets are already available for Awake 2018.