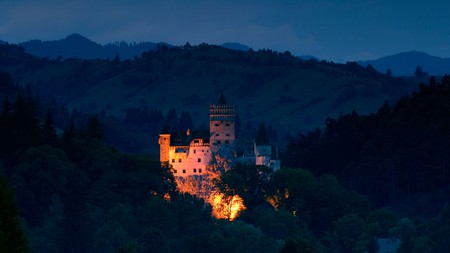 Partygoers are still unable to enjoy the thrill of nightclubs and live music. It’s a sad sign of the times, but a spooky virtual party idea is taking advantage of modern technology to bring you a new way of celebrating the scariest night of the year. With Halloween 2020 set to be a very different experience from that of previous years, are you brave enough to tune into Horrorween?

Halloween is traditionally one of the biggest party nights of the year, with events taking place in every major city, elaborately costumed partygoers taking to the streets, and homes decorated in outlandishly garish ways to entice trick-or-treaters. But with coronavirus case rates still high, this year many celebrations – both large and small – have been cancelled.

Following a successful summer series of parties from locations around Europe, pioneering live act elrow is bringing its particular breed of entertainment to the autumn months, with another virtual party from an iconic destination. And where better for a Halloween event than Dracula’s castle in Romania? 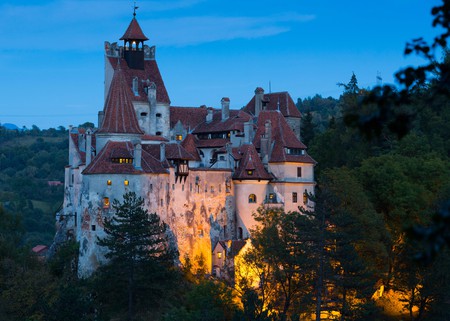 Teaming up with Desperados, elrow will be streaming Horrorween from Bran Castle – the Romanian ruins often cited as the inspiration for Bram Stoker’s Dracula (1897). The show will feature famous DJs spinning tunes to keep the Halloween spirit alive at home.

Fans will be transported from their living rooms to one of the creepiest places in the world. For one night only, the famous castle will become the House of Terror, with spooky decor, party zombies, dancefloor monsters and more. 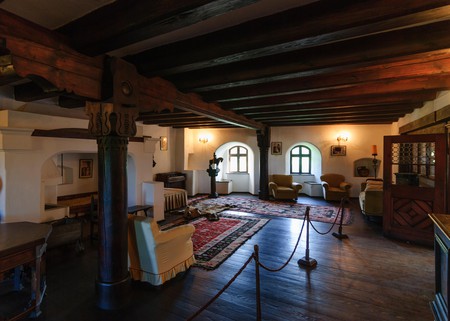 Bran Castle: the home of Dracula

Although many castles in Romania claim to be “the home of Dracula”, Bran Castle is most commonly acknowledged as the true inspiration for Bram Stoker’s novel.

Lying 25km (16mi) from the town of Brașov, the intimidating fortress overlooks the commune of Bran. There are no direct links to Stoker, who describes a crumbling ruin in the heart of Transylvania in his famous story, but there are known links between the castle and Vlad the Impaler. The medieval ruler is thought to have been a major inspiration for Dracula, and over the years, Bran Castle has become inextricably linked to the legend.

During Halloween, the castle usually sees a surge in visitors looking for the ultimate scary experience. The especially brave (or foolish) can even stay overnight in a coffin. With limited access this year, the live-streamed party will bring the spirit of Transylvania right into your home. 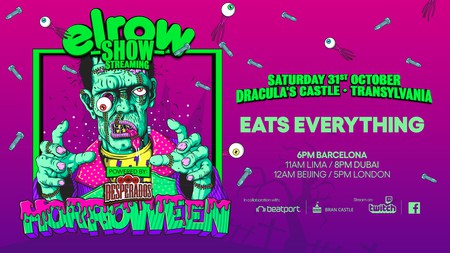 The Horroween session will take place live on elrow’s Facebook, Twitch and YouTube channels on Saturday, 31 October 2020 from 6pm CET. Following the live stream, partygoers will be able to relive the session on elrow and Desperados’ social channels.