The Ultimate Nightlife Guide to Bucharest 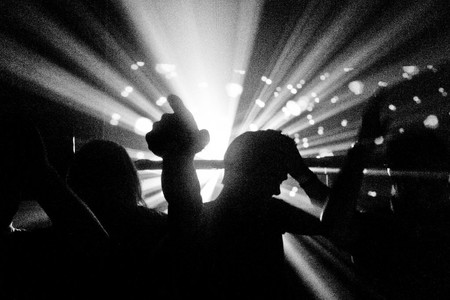 Bucharest is slowly gaining a reputation as one of the indisputable party capitals of Eastern Europe. Read our guide on the city’s best bars and clubs, including alternative music venues, in order to make the best of the time between the first cocktail and the end of your night in the Romanian capital.

Fix me a drink

Start off your evening at Fix me a drink where their expert bartenders will fix you one or more of their signature cocktails, containing fresh herbs such as lovage, sorrel, parsley shrub, or even young walnuts. Located in one of the most emblematic buildings in the centre of Bucharest, the newly renovated creative hub Palatul Universul, it attracts the hippest crowds with its fresh, retro industrial design.

For more fabulous cocktails, head a few doors down, to Energiea, hosted in a former printing shop that still faithfully preserves the spirit of the 1920s. If popping by on a weekday, you might chance upon a common fixture in Bucharest bars, the Vinyl, Rum, Tapas & Wine nights, which does just what it says on the label: shortens the distance between good music, people, and great drinks. Owners of great vinyl collections are warmly invited to bring their own!

The terrace of Control Club might just be the best place in Bucharest to mingle with the locals and let conversations spark while queuing for a drink. Also, this is where you will stumble upon a fork in the road. Eventually, someone is bound to gather their pack and head to the Old Centre. Electronic music lovers can head for one of the venue’s two rooms and stay assured that, despite being the epicentre of Bucharest’s nightlife, the Old Centre has got nothing on it.

When it comes to instant gratification, nothing beats the Old Centre. This maze of cobbled streets with old façades gathered around Lipscani Street is the surefire place to go for a boozy night of dancing until dawn. Your night could very well start and end here to the beats of the latest hits, without having walked more than one kilometer. Cool off between dancing sessions with one of their spectacular moonshine-based cocktails at Nomad Skybar, and head to Pura Vida SkyBar to see the sun rise above Bucharest for one last drink.

Perched on a hill, across the river from the Old Centre and nearby one of Bucharest’s most beautiful parks, Expirat will suit almost all tastes. One of the latest additions to the Bucharest club scene, Expirat has its origins in the Black Sea terrace playing alternative music under the slogan “organised madness.” Today, the madness is even better organized, and draws a more mature crowd of young professionals. Located in a beautifully refurbished industrial hall of the historic Hesper Factory, it features a terrace that is always lively.

Alternatively, for a night of glamorous fun, start off early at E3 by Entourage in the upscale neighbourhood of Floreasca, north of Bucharest. Their cocktails are legendary, while the bar itself is the best place to go to see and be seen.

Also located on the northern route, Biutiful by the Lake is a great spot to kick off an evening of fun. Their cocktails are fabulous, and nothing beats their view on the Herăstrău Lake, particularly on a hot summer night.

Conveniently located in the upscale area of Dorobanți, bordering Floreasca, Loft is the cool new kid on the block. Without eclipsing the more established venues, Loft is all the rage right now, attracting those who’ve become jaded with all other offerings.

I want to be forever young. 👦 The solution to this dream of mine is somewhere in my brain. #forever #foreveryoung #loft ##live4real #liveyourlife #lifeisbeautiful #buildyourdream #loftbucharest #Bucharest #Romania #readingmakesyousmart

This is the place where you can share your weird with the rest of Bucharest. Located in the north of the city, in a heavy Stalinist building that used to host the Communist party’s newspaper, Gaia Boutique Club regularly hosts theme parties, so put on that wacky outfit and go as crazy as you dare.

One of the oldest and most well-known clubs in Bucharest, Fratelli is an institution of Bucharest nightlife. Recently awarded by The World’s Finest Clubs, it is a must for those who want to taste the extravagance of Bucharest nightlife. Put on your best outfit for this one, as everything here is over the top. And do reserve a table, as this is customary for a night of fun.

Got an ear worm? Nuba Restaurant, an Asian restaurant with Peruvian influences that turns into a club at night will make sure you get to dance on it live. If it plays on your favourite radio, you’ll hear it here soon enough. Alternatively, its summertime sidekick Nuba Summer Vibes, on the shore of Herăstrău Park will provide a breezier alternative.