The Legends and Myths of Transylvania 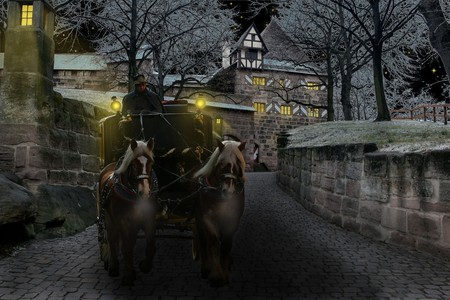 Today, Transylvania is mostly known for its myths about vampires and the blood-thirsty count Dracula. But while the fictional character is a creation of the Irish writer Bram Stoker as the central figure of his fantasy book Dracula, Transylvania has its own folk creations. For centuries, Transylvania was colonized by several transient populations that have shaped its history. Romanians, Hungarians, Saxons, Ottomans, Jews, and Roma Gypsies inhabited the whimsical territory of “the land behind the forests” (trans silvae), shaping the local folklore and giving birth to fantastic creatures, magic legends, and a fascinating tradition of storytelling.

The Pied Piper or Saxon’s arrival in Transylvania

One of the best-known legends is that of the Pied Piper, a mysterious character that is related to Saxon’s arrival in Transylvania.

The story starts in the village of Hamelin, where a rat invasion brought terror among the inhabitants. One day, a man dressed in mothed clothes arrives in the village and offers his services to solve the problem with his magical whistle. Unfortunately, his success remains unrewarded. Upset, the man leaves the village and returns on a Sunday. He plays again his magic instrument and all the children of the village start following him, spellbound. Their trip ends in southern Transylvania, where the little ones settled, forming the Saxon communities. The legend meets the reality, as many people from Hamelin actually settled in Transylvania during the Middle Ages. 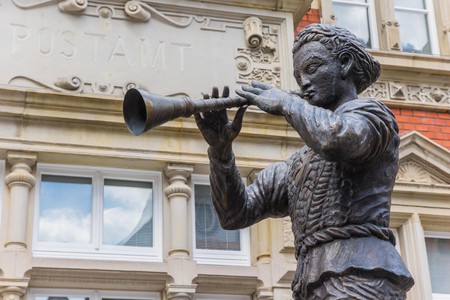 Sanzienele, celebrated on June 24, is a religious celebration that has roots in pagan traditions. Sanziene are gracious fairies that protect nature, represented by yellow flowers that bloom around June 24. Several rituals are related to this celebration. One rite involves young girls hiding Sanziene flowers under their pillow in the Sanziene night, hoping that they will dream their willed. Another custom is to throw a garland of Sanziene on the house’s roof; if the flowers don’t fall, the girl will marry in the same year.

In the countryside, the Sanziene are represented by the girls of the village; dressed in white dresses and carrying flower spikes, they dance in a circle, recreating the whimsical atmosphere that surrounds the celebration. 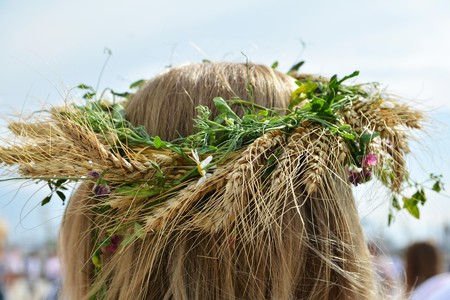 The dark version of Sanziene are Ielele, charming fairies that live in the forests, lonely cliffs, or meadows, where they gather to dance the hora, a circle formed by their joining hands. Wherever they dance, grass disappears and the earth remains burnt. If they drink water from a fountain, whoever drinks after will get ill for life.

Also known as the “black man,” Bau Bau is a fictional character created to scare the children who are not obeying the rules. He is known as a man with a black cloak that is hidden somewhere in the house, usually in the storeroom. He gets out when the children are disobedient, kidnapping them for a year.

Transylvania is often associated with the land of Dracula and blood-thirsty vampires that sleep during the day and get out by night to suck the blood of their victims. But in the local folklore, vampires didn’t exist before the novel of Bram Stoker. Or at least, they weren’t called vampires, but strigoi, undead souls that rise from their grave during the night and haunt the villages, feasting on the blood of the living. The Strigoi are usually assimilated with people who had a violent death or in the case of a Christian ritual that wasn’t fully respected during the funeral.

It is believed that they are afraid of the garlic and incense odor. In the villages that are supposedly haunted by strigoi, locals grease their doors and windows with garlic and eat as much as they can. The little ones wear a necklace made of garlic cloves while they sleep. 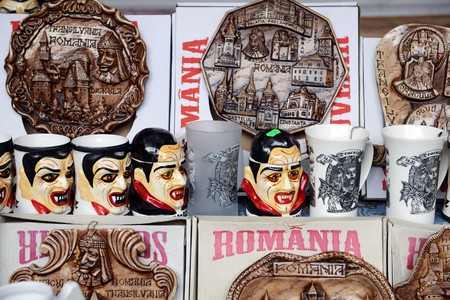 While some legends are spread through all Transylvania, there are also stories that nourish the local folklore. Sibiu has its “Liar’s Bridge” that allegedly collapses if you tell a lie while crossing it. In the Middle Ages, dishonest merchants where thrown off the bridge if they were found tricking their customers. But not only merchants found their end like this. The girls lying about their purity before marriage received the same treatment. 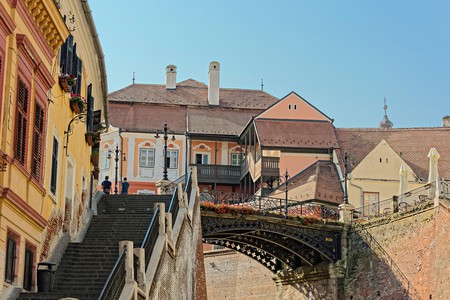 A Giant and a golden globe

A UNESCO wonder, the Sighisoara citadel has the most impressive clock tower in Transylvania. But the most precious object is its golden globe, forged by a Giant from a far-far land. The legend says that the ogre himself placed the globe on top of the tower while saying: “Who’s bigger than I can take the globe and then it’s his.” Apparently, no other brave giant has been found. 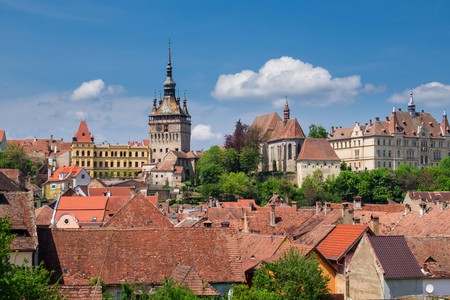 In the city of Cluj-Napoca, Romanians live together with Hungarians in a multicultural community. Several stories and legends from the Hungarian folklore concerning King Matthias Corvinus’s personality were passed on orally.

One of the stories says that the king wanted to inspect if his laws were respected in Cluj. Disguised in a student, he enters the Cluj’s citadel and sees several men forced, under the whip, to carry logs for the judge’s house. Wanting to know what’s happening, he is forced to work too. Smartly, he marks three logs with coal, writing “King Matthias was here, where is the justice?” The next day, he comes in the city and asks the judge if his rules are respected. The judge lies, but finally, he is constrained to tell the truth as the king shows the three logs to the locals. Since then, the people considered Matthias a fair king. 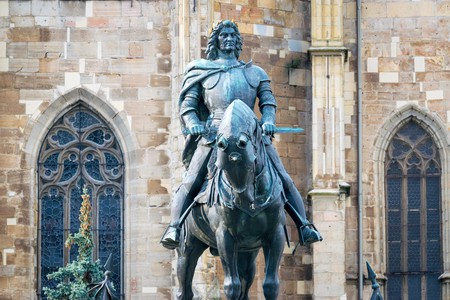 Grandiosity always attracted people and in Medieval Times showed the richness of a city or village. In Transylvania, there is and always was a competition of “which church has the highest tower.”

Our story takes us to Sibiu and Bistrita, two lovely cities with proud citizens. In Sibiu, when the citadel’s church was erected, the locals thought about building a marvelous tower, the highest in Transylvania, the only problem being that Bistrita already had the highest church tower. So, two locals from Sibiu were sent to measure it with a rope, in the middle of the night. Once the work was done, they took the road home. In the evening, they stopped at a khan. But too many cups of wine made them confess their mission. So, while sleeping, the locals from Bistrita cut two meters of their rope. When the tower was built, the tower of Bistrita was two meters higher than the Sibiu’s tower. 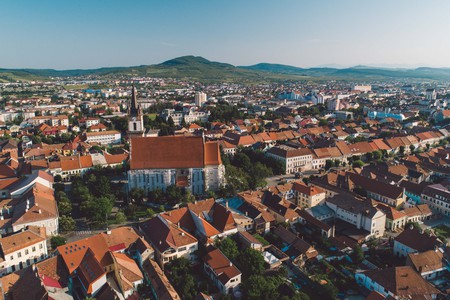 Each corner of the magic region of Transylvania is filled with stories, legends, and myths. There’s no village without a story and no monument that lacks an anecdote. Visit its beautiful settlements and discover the tales that transform them into charming places.