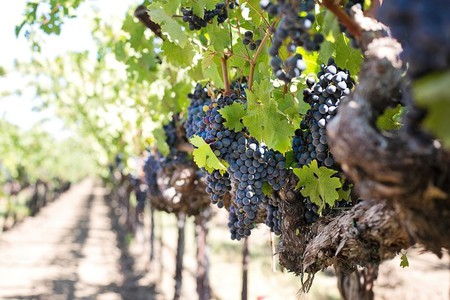 Some millennia ago, when King Burebista ruled over the Dacian tribes in today’s Romania, he taught them to abstain from wine to out-wit their enemies, ordering that all vineyards in his kingdom be burnt. Luckily not everyone listened, and today Romania‘s wine is renowned. Follow our lead on the grand tour of Romania’s best vineyards that some of the finest on the continent.

Leave Bucharest behind and head for the vine-covered hills of Drăgășani in the heart of the historic region of Oltenia. In this centuries-old city the winemaking tradition goes back two millennia, with the vineyards of the Roman castrum of Rusidava. A two-and-a-half hour drive will take you to Bauer Vineyard, a family business. Founded in 2012 by winemaker Oliver Bauer and his wife, it has gained appraisal for its wines, made in limited quantities using rare or lesser known grape varities grown in the historic vineyard. Along with tastings pairing wines with traditional food, the vineyard offers assistance with booking accommodation and tourist advice to its visitors.

A 25-minute walk from Bauer Vineyard, Stirbey Vineyard is a project born out of love for the winemaking tradition of the region. Upon discovering her family’s 300-year-old Prince Stirbey estate, Romanian royal Baroness Ileana Kripp-Costinescu and her German husband revived the vineyard, which has been producing wine from the local grape variety Crâmpoşie since Dacian times. Wine tasting packages that include specialties from Oltenia are available, as well as tours of the vineyards and the cellar.

Located in Corcova, a commune in the Mehedinți County, in the vicinity of Dacian capital Sarmizegetusa, Catleya Vineyard lies where once the famous estate of Romanian prince Antoine Bibesco stood. In the days of the Belle Époque, he served French author Marcel Proust and other Parisian friends with fine Corcova wines. Proust never accomplished his wish of visiting the place, but the French connection is uninterrupted, as this young vineyard was created by three French wine enthusiasts.

Back to office survival kit

In Corcova winemaking has been a traditional occupation for two millennia, but it is through the legacy of Prince Bibesco that the area is known. This vineyard also draws on his legendary reputation and strives to recreate the wines that made his estate famous. In 2005 the new owners replanted 55 hectares with strains from the original estate, as well as vines from France’s Pepiniers Herbinger, breathing new life into the vineyard. What’s more, the cellars built by Prince Bibesco were completely refurbished and can be visited today.

A three-hour drive away from Corcova, Petrovaselo is a new certified organic vineyard created in 2002. Here the wine produced is made in the absence of contact with oxygen, allowing the makers to obtain wine free of antioxidants. Moreover, after the fermentation process is completed, all wines are subject to a period of refining, which is adapted to the type and age of the grape types.

Located 10 minutes away from Petro Vaselo, the Recaș Vineyard is one of the oldest in the country. The vineyard was first mentioned in 1447 by a document outlining that it was purchased for 32 gold florins by a local ruler. Established in 1991, the vineyard features a beautiful wine vault built in 1945, a tasting room found 9 metres (29.5 feet) underground, and a collection of approximately 250 barrels.

According to legend, during a tough battle that saw King Ladislaus I of Hungary face off with the Pechenegs, the tired monarch was presented with a pumpkin filled with local wine. This is how the region got its name, Beltiug, and the wines their long-lasting reputation. Later, the surrounding region of Satu Mare developed so much that it was considered the residence of Bacchus and since the 18th century, the vineyards have been tended by Swabians. Today, the Nachbil Winery is carrying the torch further by making certified organic wines made unique by the soil the grapes grow on.

Another three-and-a-half hour ride will bring you to the hills of Transylvania in the region of Lechința. Winemaking here goes back more than 2,300 years ago, when the wines produced by the Thracians got reviews from the likes of Homer and Herodotus. The region experienced a revival in the 12th century, when German settlers replanted the vineyards and continued to thrive until the vineyards were nationalised by the Communist regime in 1948. Nowadays, the boutique Liliac Winery, created by Austrian wine enthusiast Michael Beck and his daughter, produces wines in limited quantities for wine lovers and connoisseurs.

Prepare yourself for a four-hour drive to the historic region of Moldova, one of the best known winemaking regions of Romania. The vineyards of Cotnari have produced wine since the time of Dacian King Burebista. Started in 1948, the Cotnari Winery produces some of the most popular wines in the country and hosts an impressive collection of wines which was begun in the 1950s.

Located in Sârbi, a village whose inhabitants have always been in the winemaking business, Panciu Winery takes further the winemaking tradition started thousands of years ago. Romanian grape varieties thrive on the hills surrounded on both sides by rivers. Romanians owe this region the creation of the first sparkling wine in the country, or the very first local champagne. A passion project of local businessman Daniel Guzu, Panciu Winery specialises in white wines and also sells local products such as jams, vinegars and fruit.

Bearing the Latin name of a local animal, the lizard, Lacerta Wineries are located on the 45th parallel north, just as other famous winemaking regions such as Tuscany and Bordeaux. A one-hour drive from the capital Bucharest, it offers a big tasting room and two terraces to admire the stunning landscapes. Visitors can take long walks among the vine plantations and take a tour of the wine vault.

A visit to Vinuri de Macin is both suited to wine enthusiasts and nature lovers, as the winery is located among three protected natural areas, the Muntii Macinului National Park, Dealul Chervant Reservation and a Natura 2,000 site. Starting in 2011, the winery became the official wine provider of the Romanian Royal Family, a distinction only a handful of producers enjoy. The winery offers two tasting rooms, and the wider area is great for hiking and horseback riding.