The Fortified Churches of Transylvania 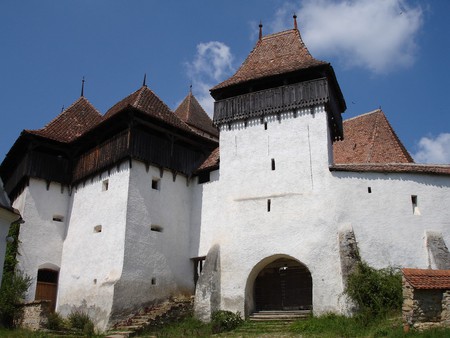 The fortified churches of Transylvania, seven of which are UNESCO World Heritage Sites, are one of the must-see attractions when visiting Romania. Built between the 13th and 16th centuries, they were fortified to withstand long sieges by migrating peoples who would target the villagers’ food and other prized possessions. Want to know more? Here’s our ultimate guide.

One of the most visited villages in Transylvania, Biertan is the gathering place of people of Transylvanian Saxon ancestry, who meet here once a year. The Transylvanian Saxons, who have German origins, settled in the area from the 12th to the 19th century. The village is also the place where horror and film festival Full Moon takes place every summer.

Prejmer is home to one of the best preserved fortified churches in Eastern Europe. Located 18 kilometres (11.2 miles) northeast of the city of Brașov, it began to flourish in 1225, in the vicinity of Tratlau, a fortress built by the Teutonic Knights. This particular church is modelled after similar edifices found in Germany’s Rhineland region and was inspired by several churches in Jerusalem.

Built in the 13th century, the Saschiz fortified church was built to honour Prince Stephan I of Hungary. Its impressive defence tower was erected at a distance of around 10 metres (33 feet) from the sacristy out of bricks and stone. It was turned into a bell tower in the 17th century at the same time that the Sighișoara clocktower was built.

The fortified church of Viscri has its origins in the fortified church dating from 1100, built by the Székely community, which was taken over in the 12th century by Transylvanian Saxon colonists. Recently the village made the news after Prince Charles of Wales purchased and restored two 18th century Saxon villas, which can now be visited.

Built as a noble residence and first mentioned in 1269, the Câlnic Citadel is one of the best preserved such edifices in Transylvania. Bought it 1430 by the local community, it was fortified by adding a large court, tall walls and adjacent buildings. It features an imposing donjon as well as a chapel.

From Wikipedia: The Câlnic Citadel (Romanian: Cetatea Câlnic; German: Burg Kelling) is a citadel located in Câlnic, Alba County, in the Transylvania region of Romania. It was built by a nobleman whose family later sold it to the local ethnic German Transylvanian Saxon community at a time when the area belonged to the Kingdom of Hungary. When still used for defensive purposes, the double walls encompassed a residential keep, storerooms and a Roman Catholic chapel that became Lutheran following the Reformation. Together with the surrounding village, the citadel forms part of the villages with fortified churches in Transylvania UNESCO World Heritage Site. . . . #djiphantom4 #dronefly #dronesdaily #fromwhereidrone #phantom4 #dji #dronestagram #droneoftheday #dronesdaily #dronefly #romania #romaniamagica #cetateacalnic #câlnic

Located in Harghita, in Székely Land, the village of Dârjiu is also known as the Székelyderzs, which was first mentioned in a papal list dating from 1334. The 13th century Unitarian church is testimony to the existence of this religion, officially recognised in Transylvania since 1583.

Valea Viilor is home to one of the biggest and best preserved fortified churches in Transylvania, dedicated to Saint Peter. Built in the 8th century, it was enlarged and fortified in the 15th and 16th centuries.