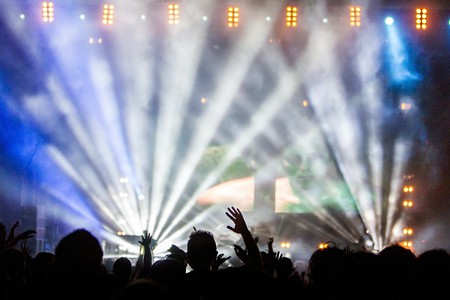 A popular city break destination year-round, Bucharest has a lively musical scene that becomes even busier in the summer. Along with legendary nightlife and great concerts, the music festivals bring the city together for huge outdoor celebrations that turn into long parties under the stars. Here are the best summer festivals to check out in Bucharest.

Every August, music lovers flock to the city for Summer Well, one of Bucharest’s most famous festivals. Among the country’s best and longest-running alternative music celebrations, the festival takes place on the Domeniul Ştirbey estate, which is surrounded by an enchanted forest in Buftea. Summer Well consistently attracts the biggest and hottest names on the alternative scene. Past line-ups have included The National, Interpol, Editors, The Kills, and more.

There are tons of rock music fans in Bucharest, and Rock the City is dedicated to them. The recipe for this festival’s success is in the great mix of popular local bands who perform during the day and the biggest names in music who come onstage at night. Many of the heavyweights have already performed in Bucharest, including Muse, Arcade Fire, Iron Maiden, Guns N’ Roses, and Rammstein. Attendees are likely to remember Nick Cave’s much anticipated 2018 appearance for many years to come.

TimeShift launched in 2017 and was one of the most talked about events that summer. Among the many stages and cozy tents there was something for everyone. In its inaugural year, the lineup heavily overlapped with Sziget, a music festival in Budapest, and many considered the new festival an extension of the internationally popular event, which had been running since 1993. TimeShift 2018 hosted Faithless, as well as household names, such as Loco Dice, White Lies, and Young Fathers. Many hope the festival will become a regular fixture.

Creative Fest is the biggest music and creative arts festival in Bucharest, and it’s a fixture of summers in the city. Organized by Bucharest City Hall, the line-up is varied and has included Guano Apes and Fatboy Slim, who shared the stage with Rudimental and some of the hottest Romanian bands. Entry to the festival is free.

One of the most beloved summer music festivals in the city, Bucharest Jazz Festival brings jazz lovers to George Enescu square to listen to some of the genre’s best from around the world, including some Grammy-winning music. Set in the city near the iconic Athenaeum, the urban décor gives performances a special character. Entry to this festival is free, as it is organized by the City Hall Board of Culture.

As they speak a Romance language, Romanians are comfortable with Spanish lyrics and highly danceable Latin beats. Held for the first time in 2018, El Carrusel was a huge success and brought Latin artist Luis Fonsi to Bucharest to perform his YouTube record-breaking song Despacito, among others. As for singer and El Carrusel headliner Maluma, legend goes that he fell in love with Bucharest and partied so much that he managed to miss his flight.

No festival in Romania can compete with this eccentric, original, and upbeat celebration of world music. Gathering authentic voices from faraway lands, Outernational Days allows locals to experience authentic folk music and unique experiences year after year. Held at iconic venues around the city, it highlights the heritage of the performers.

Held every summer in Herăstrău Park, one of the city’s biggest green spaces, GreenSounds Festival is an international music festival with an eclectic lineup. Stretched over an entire weekend in August, this is one of the biggest music celebrations the city hosts, and it’s free to attend.