The Best Music Festivals in Bucharest 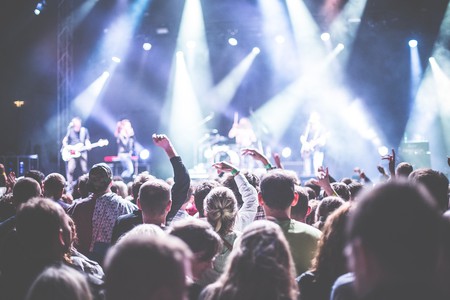 Although not yet blessed with large scale, ground-breaking music festivals, Bucharest is the place to go to for indie, classical and world music. Here are the seven best music festivals taking place every year in the Romanian capital, from jazz, to electronic to traditional folk music.

The capital’s most famous summer music festival, Summer Well has grown year after year and is increasingly attracting music fans from neighbouring countries. Held since 2011 at the Știrbey Estate, outside of Bucharest in a forest that turns into an enchanted space for a weekend. Household names such as The National, Interpol, Editors and more have graced the stage so far, and, judging by the past editions, the best is yet to come, as the music event has already gathered a large and loyal following.

The largest classical music fest and competition in Romania, the George Enescu festival celebrates the musical legacy of the composer of the same name, one of the country’s greatest. While the festival sees the top five best philharmonics in the world perform in Bucharest to sold out audiences, the competition, held every two years, is a launching pad for international talents.

After a successful first edition in 2017 which brought to the scene an eclectic mix of names such as Faithless, David Guetta, Loco Dice, Young Fathers, White Lies and more, Bucharest music fans are tuning in and hope for yet bigger things to happen.

One of the major cultural events of the summer, Bucharest Jazz Festival, taking place in July, turns the city into a jazz lovers’ paradise, with concerts by acclaimed names of the jazz scene performing in different locations throughout the city. Entry to this event is free of charge.

Another music festival with an enduring tradition, Rock the City is the biggest event in Bucharest catering to the large numbers of rock music lovers. Iron Maiden, Muse, Guns N’ Roses and Rammstein are but some of the heavyweights that have headlined previous editions and expectations are mounting as to what the upcoming edition holds in store.

First held in 2010, Balkanik! Festival has so far attracted some of the best voices in world music as well as orchestras from all over the globe. One of the most beloved music festivals in the Romanian capital, it attracts crowds of music fans of all ages who routinely dance until sunrise.

Just two-years-old, Outernational Days, held in July, is one of the most upbeat, eccentric and exuberant music events in the Romanian capital. Last year the three-day music fest brought to Bucharest artists from Niger, Kenya, Turkey, Senegal, Lebanon and several European countries.

Dear friends, thank you for being part of Outernational Days 2. We would like to thank everyone that got involved in supporting these 3 days of mind-bending music in the heart of Bucharest. We would like to thank the artists, the journalists, the volunteers and the audience, who by taking part in this have shown us that despite the struggles there is a reason and a real interest for experiencing music!