The Best Festivals in Timișoara 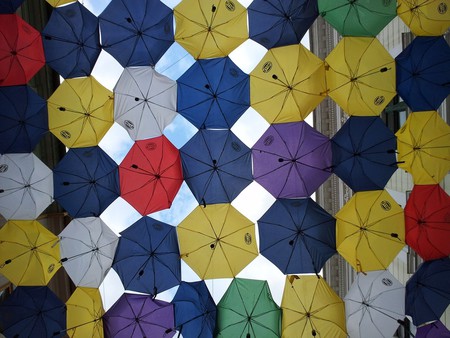 Timișoara has a rich and bubbling cultural life and is brimming with festivals throughout the year. From film and art festivals, to folk fests and student gatherings, the city offers plenty of occasions to go out, mingle with the locals and party hard.

Timișoara Day is held every year on August 3. It celebrates the entry to the city of troops on August 3, 1919, marking the addition of the region of Banat, which Timișoara is the capital of, to the Romanian state. The event usually debuts solemnly with a public ceremony and is followed by concerts and parties that go on until late.

With the Parcul Rozelor always at its epicentre, the ‘Festival of the Hearts’ is a folk music and dance festival that brings together Romanian folk artists as well as guests from all over the globe. The festival, held in July, includes performances, dances and a folk costumes parade.

A seven-day event, the Central European Film Festival, brings film lovers closer to the seven best movies from Central Europe, the best seven in the Balkans, plus some of the most exciting films of the previous year, and gives seven awards. Always held at the end of summer, it connects the public with the actors and directors in the region who have made it big on the international film scene.

Analog Mania is a festival for lovers of anything analogue, a medium which is attracting a growing community of artists. In its fifth edition, it showcases creations that are a fusion between film, photo and sound. As the draw of the medium grows among contemporary artists, so does the profile of the festival, which is increasingly demanding each year.

The Festival of European Film always showcases a selection of recent films curated according to an overarching theme. Alongside films offered by foreign embassies and cultural institutions, the program also includes Romanian films. In its 21st edition, the festival has cemented its mission to promote European films and is continuously exploring new roles to take on.

Outdoor cinema is the best! 🎥🎥

Another film festival, this time dedicated to short movies, Timishort was created in 2009 after a group of film lovers sat down to have coffee and decided that the city needed a festival that would introduce them to short films that can spark a conversation. Starting from the idea that shorts are the gateway to the world of film, the festival kept growing, while keeping an eye for experimental productions, which have a dedicated section.

Pop by in the first half of June and with a little luck, you will come just in time for the ‘Festival of Ethnicities’, one of the most exciting fests in the city. Celebrating the cultural diversity of the city, it highlights the richness of the contributions each of the different communities, such as Serbian, German, Hungarian, Bulgarian, Roma, Jewish, Czech and Aromanian bring to the life of the city. The festival consists of music performances, dance and traditional food fairs.

The most popular bands of the moment descend upon the city for three days in October and share the stage with selected international names. In order to make sure the participants have the best experience, this festival takes place indoors.

The International Student Week is a multicultural event stretching over 12 days, which brings to Timișoara students from all over the world, who take part in workshops and activities spread throughout the city. Already in its 27th edition, it supports multiculturalism and diversity and has taken on the mission to expose the local community to these values.

This festival, dedicated to the arts, makes its role to promote local artists as well as to bring the public closer to artists of all ages, including children and young people, by holding music, dance, sculpture, painting, fashion, theatre photography, literature events and lots more.