The 7 Best Day Trips From Bucharest 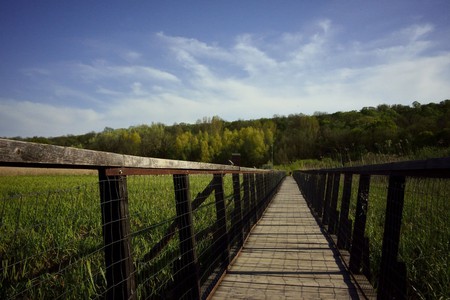 With its hectic pace, Bucharest can easily suck you in and spit you out. That is why many go for a relaxing day out at weekends to soak up the tranquility of nature, reconnect with the country’s cultural heritage and take part in fun activities. We’ve chosen seven of the best day trips in Bucharest’s surroundings that won’t keep you in the car for longer than one hour.

A 15-kilometre drive from the city centre, Mogoșoaia Palace is a very popular attraction due to a great combination of beautiful architecture, nature and fresh air. The palace, built at the end of the 17th-century by ruler Constantin Brâncoveanu, was destroyed and rebuilt twice after suffering badly during the two wars. Today it hosts the Museum of Brâncovenesc and an art gallery and is surrounded by other buildings of the time, all built in the style introduced by Constantin Brâncoveanu, a combination of late Renaissance, Baroque and Byzantine. The park, partially set alongside a lake, as well as the picnic area are especially popular with families. 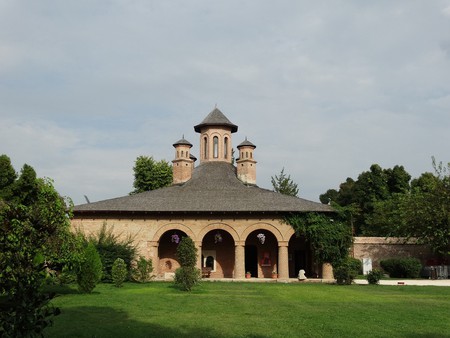 A day trip to Comana, 40 kilometres away from Bucharest, can be a great opportunity to spend the day in nature, going for a walk or birdwatching. On the territory of this village you will find a delta, a natural park, an adventure park, plus a monastery with a rich history. Rent bikes or bring your own to explore the Comana Natural Park, approximately 10,000 hectares of thick forests teeming with wildlife and an additional 1,480 hectares of wetlands, or spend a day at the Comana Adventure Park in order to make the best of Comana.

Built on an island approximately 40 kilometres away from Bucharest, Snagov Monastery is a place of worship that also carries a great historical significance. Erected on an ancient Dacian site, it was first mentioned in the 14th-century when a local ruler donated the monastery to the nearby village. It was later enlarged by Vlad the Impaler, who built a belfry tower, thick walls, a bridge, and legend says, an underwater tunnel. The fact that Vlad himself is buried here is also the stuff of legend.

Half an hour from Bucharest, Domeniul Ştirbey is home to Ştirbey Palace, a beautiful and imposing edifice with large rooms filled with history and antiques, surrounded by a large forest crossed by walking lanes. With its red brick walls and curved stairs, the chapel found on the premises is a stunning example of Neo-gothic architecture. The wide meadows are perfect for picnics, but if you want to drop by spontaneously, the restaurant on the estate will more than satisfy your cravings.

Immerse yourself in nature by walking the long paths and alleys of Băneasa Forest, only a half-hour drive from Bucharest’s Piața Unirii. Many of Bucharest’s inhabitants do that, just like Ștefan, the main character in Noaptea de Sânziene, a novel by famed Romanian author Mircea Eliade, who regularly went to ‘the forbidden forest’ to escape the modern world. Animal lovers are in for a treat, as the Bucharest Zoo is located on the edge of the forest. 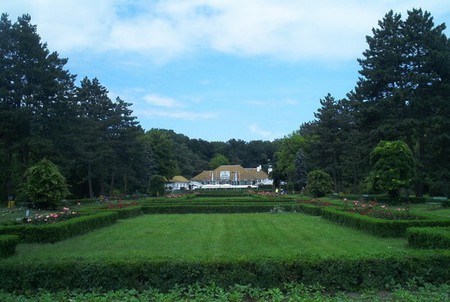 Dating from 1640, the Goleşti estate was the first biggest private estate built in the country. A little more than one hour away from the capital, the estate includes a villa and beautifully decorated open-air village museum. Visitors can also walk through an orchard and have a picnic.

Open year-round, Therme is the closest thing to the sea you will find 10 minutes away from Bucharest. Covering 30,000 square meters, it offers swimming pools where the water is a constant 33 degrees and, in summer, one of the biggest urban beaches in Europe, Sands of Therme.