EUROPE
/
ROMANIA
/
BUCHAREST
/
Things to Do

The 10 Most Unusual Things to Do in Bucharest 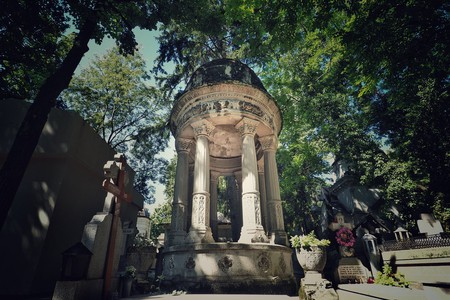 Bucharest is a city of contrasts. From the architectural styles to the size of buildings to be found in the city or the people you encounter, it is a city that will surprise and stimulate visitors. But how about taking it one step further? We came up with the ultimate checklist of the 10 most unusual and intriguing things to do in Bucharest, from the fun to the quirky and the outright weird.

Step inside the world’s heaviest building

No trip to Bucharest is complete without a visit to Romania’s Palace of Parliament, world’s heaviest and most expensive administrative building. Standing at 84 meters (276 ft) tall, 240 meters (790 ft) long, and 270 meters (890 ft) wide, in terms of size is second only to the Pentagon. So, unless you happen to work inside the said building, this is a chance not to be missed.

Built by Romania’s former dictator Nicolae Ceauşescu, and inspired by his visit to North Korean capital Pyongyang, it is an uneasy symbol of the country’s communist past. Its 1,100 rooms are spread over 12 floors and eight underground levels. However, only 400 of them, including two meeting rooms, are finished and used. The last level is in fact a nuclear bunker connected by 20 kilometers of catacombs to the sites where the main state institutions were meant to be placed.

Due to its weight, the House of the People, as it is perhaps best known, sinks by six millimetres each year, so do hurry up and visit.

Everyone has heard of Dracula and his Castle, Bran. Perched on a foothill in Transylvania, it dominates the landscape with its presence. However, many historians believe the famed historical figure that inspired the mythical figure of Count Dracula, Vlad the Impaler, never actually set foot in the place. Bucharest too has its own Vlad Castle, giving one the chance to chase the spectre of the Count without even having to leave town.

Located in the center of Bucharest, in the Carol Park, the castle is a reproduction of the Poenari Fortress in Argeș County, Vlad’s long-time residence. Built at the request of King Carol I more than a hundred years ago, it was opened in 1906 during Romania’s General Exhibition. Its tower was used as a water basin and during WWI was used by a Romanian physicist to send radiotelegraphic transmissions.

A visit to the Village Museum will transport you back in time. Opened in 1936, when most Romanians still lived in rural areas, the museum, located at Bucharest’s Herăstrău Lake, celebrates an important part of Romanian culture. The houses, dating from anytime between the 17th and the 19th centuries, are spread along tree-lined alleys, perfect for strolling.

To best enjoy the visit, bring a picnic for lunch and make an afternoon of it, especially if visiting after a few intense days of sightseeing. But whatever you choose, make sure not to miss one of the most beloved and romantic old houses, simply known among locals as “the blue house.” Found on the shore of Herăstrău Lake, it can be spotted from the park, opposite from the museum.

Also located in Herăstrău Park, within walking distance from the Arch of Triumph, the monument celebrates the legacy of the US singer and his lesser known Romanian connection. The first megastar to visit Romania after the fall of the Communist regime in 1989, Michael Jackson was welcomed very enthusiastically by his fans. His 1992 concert, part of The Dangerous Tour, remained forever engraved in Romanian popular culture, as it allowed them to connect, through music, with the free world they knew existed behind the Iron Curtain.

However, it also did so for another particular reason, which appealed to the Romanians’ acid and deprecating sense of humor. In addressing the ecstatic crowd, Michael greeted them with the now infamous “Hello, Budapest!,” a line Romanians still laugh about, which will far outlive his musical legacy.

Walk among tombstones in Bellu Cemetery

Bucharest’s answer to Paris’ Père Lachaise Cemetery is the burial place of many famous Romanian writers, actors and personalities of centuries past. While many visit the tomb of national poet Mihai Eminescu, or famous 20th century singer Maria Tanase, many others come to the cemetery for its beautifully adorned marble monuments that often convey a tragic or very romantic story. For instance, the Poroineanu family’s tombstone, showing an elderly man kneeling in front of a girl lying motionless in a daybed, tells the story of two young lovers who, after getting married, find out they are in fact siblings. After the young woman commits suicide, the father, overcome with remorse, also realizes he cannot live with the pain and decides to end his life. Another popular attraction is represented by the graves of former Romanian dictator Nicolae Ceauşescu and his wife Elena.

See the bullet holes of shots fired during the 1989 Revolution

Romania’s 40 year communist rule collapsed in 1989 after the people took to the streets and toppled the regime, one of the most oppressive in the former Soviet Bloc. During the days of unrest, that stretched between December 16-22, many people lost their lives at the hands of unknown individuals who shot indiscriminately at the crowds. Until today, the facades of some of the buildings that hosted important institutions of the communist party still bear the marks of bullets fired during the uprising. The walls of the headquarters of the architects’ union, located in the center of Bucharest, on Strada Demetru I. Dobrescu 5, were kept in their post-December ’89 state, as a reminder of the city’s violent past.

For a quirky culinary experience, head to La Gil, and order their ‘Creier pane.’ You will be served with a dish comprised of pork brains fried in a bread crust. Once considered a delicacy, nowadays it has largely lost its appeal, despite zombie movies being quite popular in Romania too.

Dare to visit The Witches’ Pond?

Perhaps not recommended straight after lunch, a visit to the Witches’ Pond is perhaps one of the most unusual experiences one the list. Located just outside of Bucharest, in the Boldu-Creţeasca forest, the Witches’ Pond, or Balta Vrăjitoarelor, is a place surrounded by mystery. Locals swear the small pond, despite being very shallow at 1,5 meters, is able to swallow huge amounts of matter, such as the mortar thrown there by the authorities after the deadly 1977 earthquake that shook Bucharest.

Lift your curse at Zlătari Church

Located in the city center, on the lively Calea Victoriei, steps away from Bucharest’s Old Center, Zlătari Church hosts the remains of a 3rd century CE saint, St. Cyprian the Mage, the patron saint of magicians and sorcerers. The small church is home to St. Cyprian’s hand, which, some say, when touched, can lift spells. The church takes its name from the Roma goldsmiths that used to used to inhabit the area in the 17th century and was once a monastery surrounded by a garden that included an inn and a bell tower.

Let yourself get “beaten” by Cuci

For this one you’ll also have to travel 20 kilometers outside of Bucharest to the village of Brăneşti, before Easter, the first day after the start of fasting. On that day, village men dress like women and, while wear beautifully decorated and colorful masks, run around brandishing sticks while trying to touch everyone else in the village for good luck. While some men might get a tougher treatment, nobody gets harmed, but is instead softly touched, as a symbolic act. Beware though, tourists will not be spared!

Made it this far? Then it is definitely time to relax. At Sands of Therme, located just 15 kilometers outside of Bucharest, you will be able to swim and cool off and think back on an adventure-filled Bucharest trip. If visiting in the cold seasons, Therme Bucharest, the largest recreation, wellness and entertainment centre in Europe will convince you it’s time to book another trip to Bucharest.