The Most Beautiful Towns In Romania 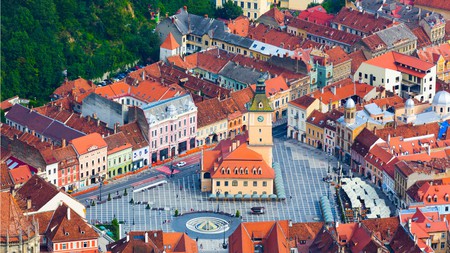 Romania is a picturesque and fascinating country with something for everyone – whether you’re looking for exhilarating hiking in the Carpathian Mountains, cultural diversity in the capital of Bucharest, seeking out vampires in Transylvania or learning about the country’s turbulent history. We’ve picked out the most beautiful Romanian cities and towns to help you plan your trip – but once you start travelling through Romania, you might not want to go anywhere else. 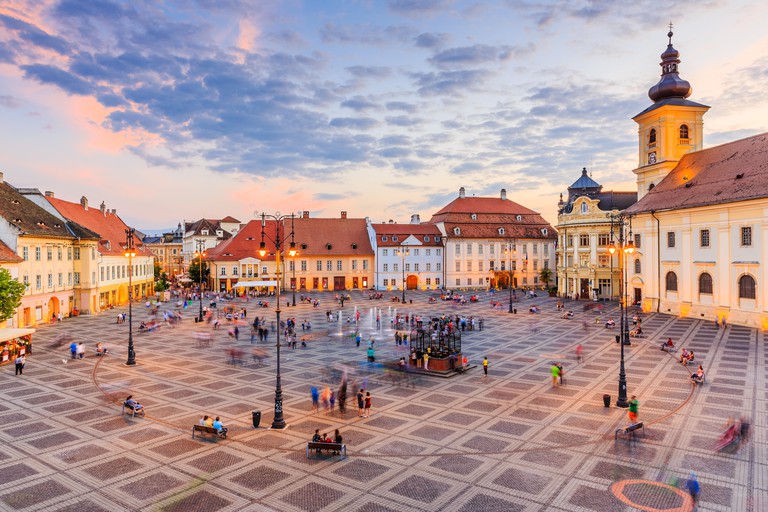 Located near the centre of Romania in the Transylvania region, Sibiu is as idyllic as they come. Already settled by Germans as early as 1191, historically Sibiu had a mixture of Germans, Hungarians, and Romanians living within its borders – making it a very important city on the trade route in the area. While World War II changed the city’s ethnic makeup, there is still a small minority of ethnic Germans in the area – including the current president of Romania, Klaus Johannis. Wander around the gorgeous Old Town, and then take a bus out to the Ethnographic Museum to see how Romanians in different regions have lived for centuries.

Timisoara, the historic capital of the richly diverse Banat region, also has a fascinating ethnic history. During its 800-year existence, it’s been part of the Kingdom of Hungary, the Ottoman Empire, Austria-Hungary, and finally Romania. The current population is mostly Romanian, but there are still a fair number of Hungarians, Germans, and Serbs living there as well. The diverse history shows itself in the architecture of the city – so when you’re walking around, you’ll see influences from all of the different groups that have ruled Timisoara. 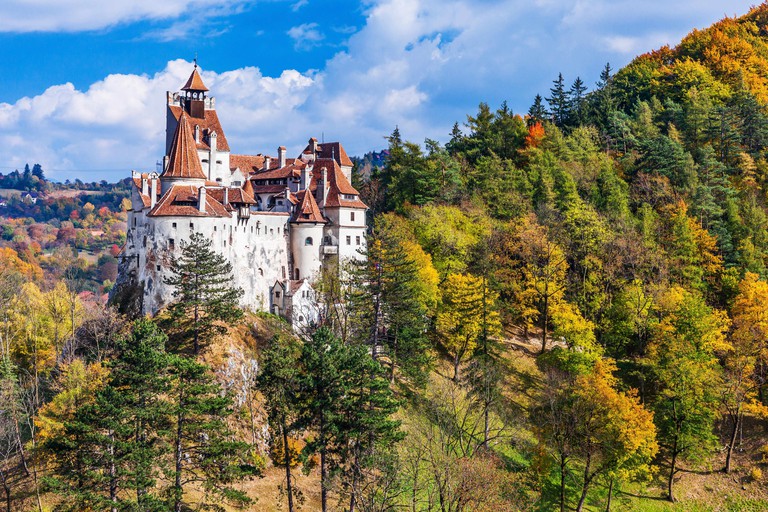 You’ll probably come to Brasov to see Bran Castle, the castle that inspired Bram Stoker to write Dracula – but you should stay for the city itself. Another important Transylvanian destination, Brasov has been inhabited continuously since the Neolithic period, but was built up to its current state by German settlers in the first half of the last millennium. There are several beautiful churches to visit and a charming Old Town – plus Peles and Bran Castles are both a short drive away.

Suceava’s sights make it obvious that this was once a royal town. It was the capital of the Principality of Moldavia for a period of about 200 years – so you can visit the ruins of the Fortress of Suceava, the Princely Court of Suceava, and the Scheia Fortress. You can also explore the open-air Bukovina Village Museum, where you can see traditional buildings from all over the Bukovina region, where Suceava is located. There are a number of other sites to check out, including several churches with architecture that is very particular to the region. 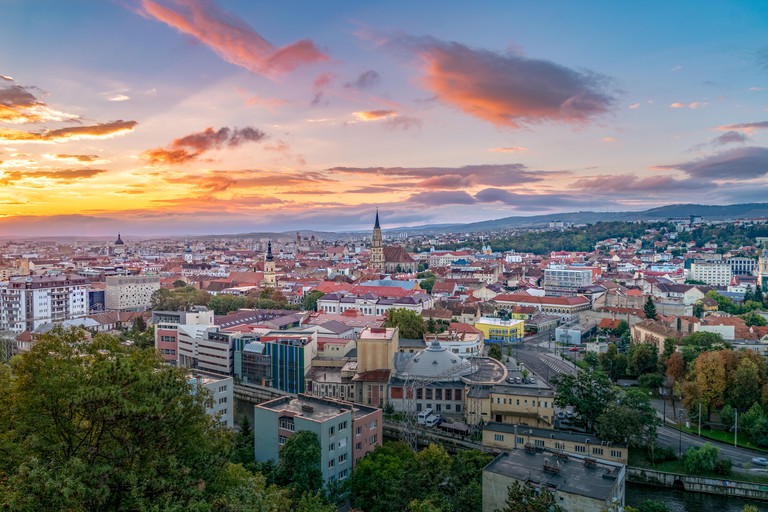 With a population of just over 300,000 people, Cluj-Napoca – often shortened to Cluj – still retains the feel of a small town. This is largely thanks to its historic centre, which distracts from the communist buildings on the outskirts. Cluj was originally founded by the Romans around the year 100, but vacated in the third century and left empty until the Hungarians conquered Transylvania in the early part of the last millennium. The main architectural influence you see today is from the Austro-Hungarian Empire. For a unique experience, head just out of the city to Salina Turda, an old salt mine that has been turned into an underground amusement park of sorts – complete with a haunting underground lake.

With a name that translates to ‘tree-logs’ in Romanian, Busteni is hidden away in the Prahova Valley and surrounded by the Bucegi mountains – offering outdoor opportunities for tourists year-round. In the summer, you’ll have great hiking with beautiful views – whereas you’ll want to bring your skis for a winter visit. The wood-roofed buildings give it an atmosphere like the Alps, and the gorgeous mountains and forest surrounding them only complement their appearance. For history lovers, check out the nearby Cantacuzino Castle. 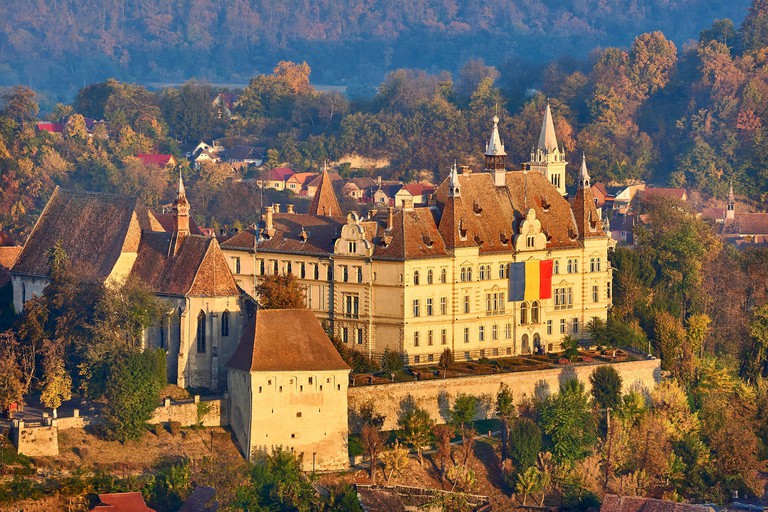 The real-life ruler Vlad the Impaler, whose life inspired the Dracula story, was born in Sighisoara – and you can visit the actual place where it all happened at the House of Vlad. Sighisoara also has an extremely well-preserved medieval fortified center, with the surrounding walls still remaining – which has earned the town a place on the Unesco World Heritage list. While you’re wandering around such a bright and charming place, it’s difficult to remember that its famous son was brutal enough to inspire one of the most evil characters in literature.

Originally founded by the Greeks, Constanta is over 2500 years old – and was even mentioned in a Greek myth. Later, the Roman poet Ovid would spend the final years of his life here. When the Roman Empire began to fall apart, Constanta would switch hands until 1419, when the Ottomans took it over for about 400 years. The area fell back under Romanian control in 1878, and has been an important port on the Black Sea ever since. The city is full of buildings with fascinatingly diverse styles, and sun-seekers flock to the Black Sea beaches. This is definitely a city where you’ll want to stay for a few extra days. 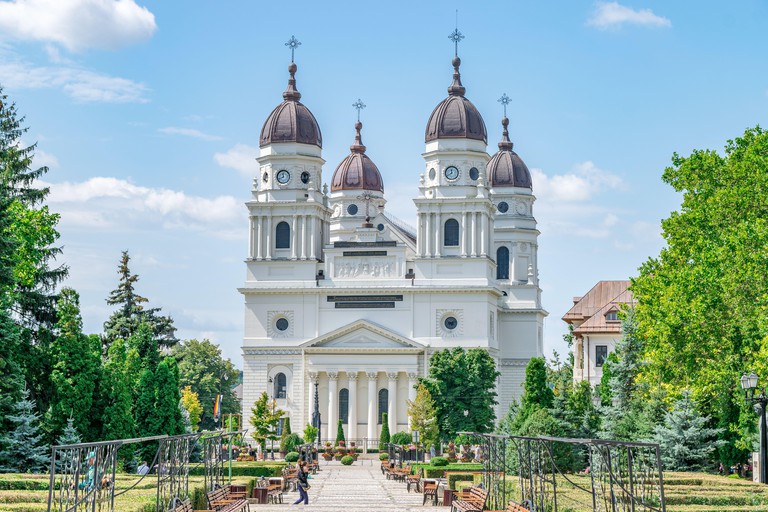 The once-capital of the Principality of Moldavia – and even capital of Romania for a brief period at the beginning of World War I – Iasi occupies an important space in the national consciousness of Romanians. Pronounced ‘Yash’, the city is known as the Cultural Capital of Romania. Iasi has a history full of various ethnic groups, all of whom left their mark on the city – in particular, it had a very large Jewish population until the horrors of World War II. The city possesses a fascinating collection of religious buildings from various different groups, including the oldest surviving synagogue in Romania, an Armenian Orthodox Church, and multiple monasteries.

You’ll find lovely Oradea in the western Crisana region of Romania, very close to Hungary. It’s therefore unsurprising that the Hungarians have played an important role in developing the city – it was part of the Austro-Hungarian Empire for several centuries leading up to World War I, during which the bulk of the city was built up in the beautiful baroque and art nouveau styles. Oradea is still a bilingual city, as about a quarter of its inhabitants are Hungarian. It’s now an important cultural and educational centre, and is worth a visit for the architecture, history and several luxurious spas right outside the city.