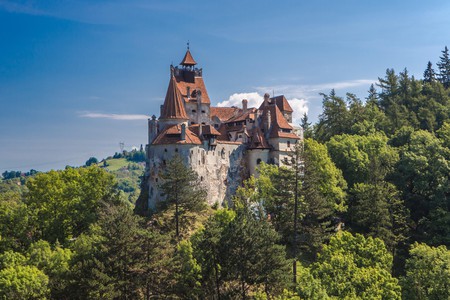 As staying in becomes the new normal, Culture Trip invites you to indulge in a spot of cloud tourism. Experience the sights and sounds of a place – without even leaving your home. Next up on our virtual tour is Romania.

Worldwide restrictions mean that travel is off the cards for now – but just because your holiday plans have been put on hold, it doesn’t mean you can’t still delve into the culture and cuisine of Romania. While nothing quite compares to exploring the streets of Bucharest or hiking in the Carpathians, it is possible to embark on a Romanian adventure through films, food, books, and virtual experiences. Exploring Romania from the confines of home begins with a stiff drink of a traditional plum-based spirit, before travelling back in time to the Ceaușescu era via Nobel Prize-winning author Herta Müller. Hungry? Fill up on sarmale, before settling in to watch one of the greats of 21st-century Romanian cinema.

First things first, indulge in an aperitif before venturing into the world of Romanian cooking. Țuică is most commonly enjoyed before a meal, thanks to its purported ability to increase your appetite; nonetheless, the spirit is also a staple fixture at all manner of festivities in Romania, including weddings and baptisms. Made with fermented and distilled plums, ţuică is a potent traditional drink with anywhere between 24–65 percent alcohol content, and commonly made in (not entirely legal) home distilleries, moonshine-style. In Romania, plums are serious business: the country is the largest producer of plums in the European Union, and among the top producers in the world. The majority of Romania’s plums go into making ţuică – noroc (‘cheers’)! 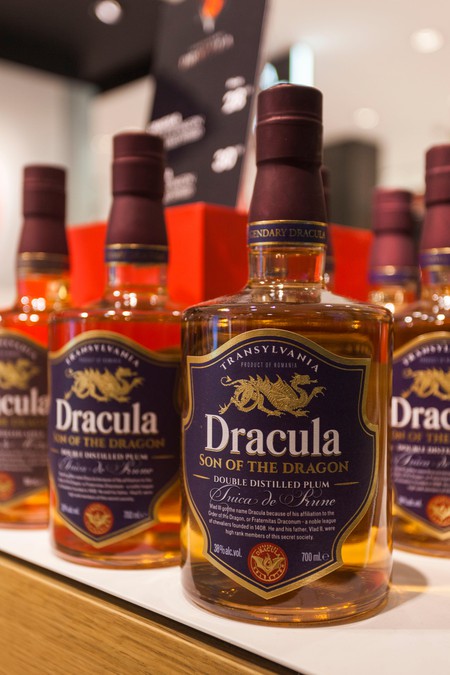 Among Romania’s national dishes, sarmale is particularly popular during Christmastime. While many families follow their own, time-honoured recipes, the basic elements run along similar lines: this festive fare sees (usually pickled) cabbage leaves generously stuffed with ground meat, then slow-cooked in an aromatic tomato sauce. Sarmale finds counterparts throughout the Balkans, with each national cuisine offering a distinctive twist on the dish, such as using vine leaves or chard in place of cabbage. Vegetarians need not miss out on this Romanian gastronomic experience – to make a meatless version of sarmale, simply swap the meat for chopped mushrooms or ground nuts. 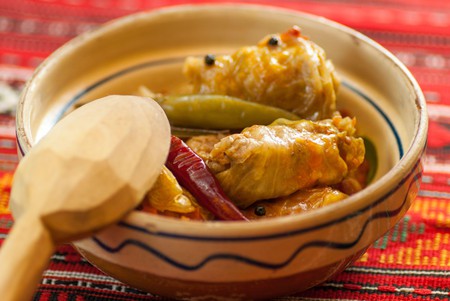 Accompany your plum-based drink with an afternoon engrossed in The Land of Green Plums (known in German as Herztier) by Romanian-born German writer Herta Müller. Published in 1994, the novel was, according to Nobel Prize-winning Müller, written “in memory of my Romanian friends who were killed under the Ceauşescu regime”. The story, narrated by a young woman belonging to Romania’s ethnic German minority, centres on four young students living at the height of Nicolae Ceaușescu’s totalitarian regime. Müller’s novel documents their struggles and search for opportunity, offering an at times devastating portrait of lives dominated by fear, while exploring themes of oppression, betrayal and resistance. 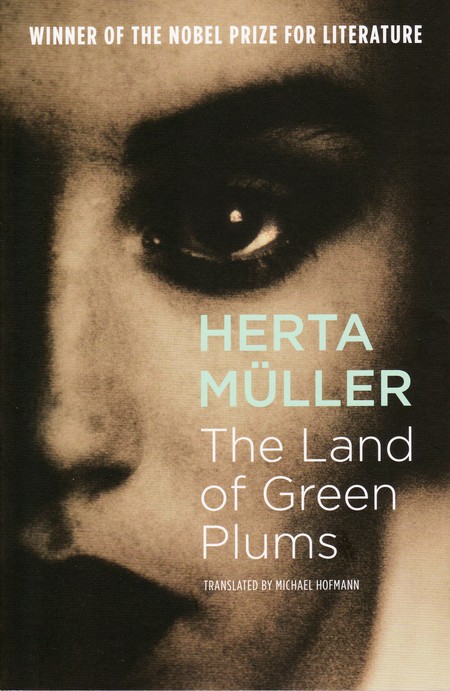 Bucharest-born director Cristi Puiu’s 2005 dark comedy The Death of Mr. Lazarescu (Moartea domnului Lăzărescu) charts the undignified death of an old retired engineer living in state housing in Bucharest, who is carried from hospital to hospital in search of treatment and continually sent away. The film, which took home the Un Certain Regard award at the 2005 Cannes Film Festival, is often credited with putting the Romanian New Wave on the map. The Death of Mr. Lazarescu is at once funny and harrowing, taking on existential questions and providing a window into daily reality, pervaded by disillusionment with the promises of the new democratic regime. 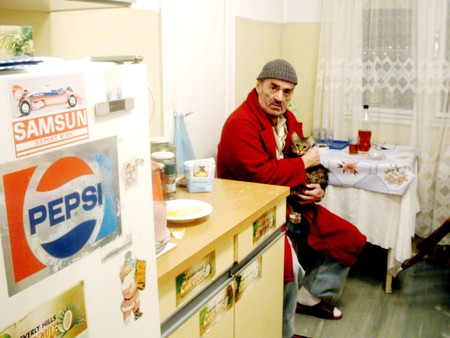 Tour: Palace of the Parliament

Bucharest’s Palace of the Parliament is the world’s second-largest administrative building (following the Pentagon), with a gargantuan floor area of 365,000 square metres (3,928,827 square feet). The Guinness World Records also recognises it as the heaviest building on the planet, with 700,000 tonnes of steel and bronze used for the windows and doors alone. Built according to the orders of former dictator Ceauşescu between 1984–97, the imposing structure combines Totalitarian and Neoclassical architectural styles, and was constructed using only Romanian materials. Today it houses the country’s parliament and three museums, along with serving as an international conference centre, but many of the building’s more than 300 rooms stand unused. While to tour the building you’d ordinarily be advised to book ahead, would-be travellers can now explore its interior anytime via a virtual tour. 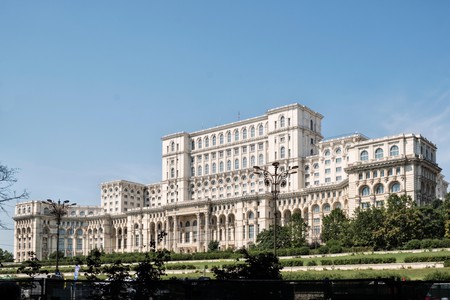