Angela Gheorghiu is a Romanian opera singer and one of the most famous and internationally acclaimed contemporary sopranos. Gheorghiu is well known for her performances with the operas of Verdi and Puccini, as well as the verismo school. Along with these affinities, the singer performs and records the music of her native Romania, whether operatic, lieder, popular, or Orthodox church music. 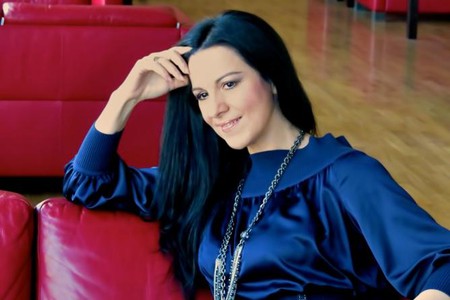 After graduating from the Bucharest Music Academy in Romania, Angela Gheorghiu made her international debut at the Royal Opera House as Zerlina in Don Giovanni in 1992. However, it was her performance in La Traviata two years later which propelled her to stardom. Gheorghiu auditioned for the role of Violetta in front of conductor Sir Georg Solti; who was moved to tears and insisted on giving her the part. The BBC broadcast her performance live from Covent Garden and worldwide praise soon followed. The Sunday Times described her voice as ‘a liquid instrument of great lyrical beauty with gleaming spun-gold notes’. After many publications deemed her as a worthy successor to Maria Callas, recording and live contracts, along with awards were soon bestowed upon her.

The daughter of a train driver, Gheorghiu was born as Angela Burlacu in Adjud in Moldavia, Romania. With her sister Elena, she sang opera music from an early age. The performer has stated that she ‘knew from almost as far back as she could remember’ that her destiny was to be an opera singer. Her family supported this budding love for singing, and helped her work towards a career in opera. At the age of thirteen, Gheorghiu went on to study singing at the Bucharest Music Academy primarily under the teaching of Mia Barbu. 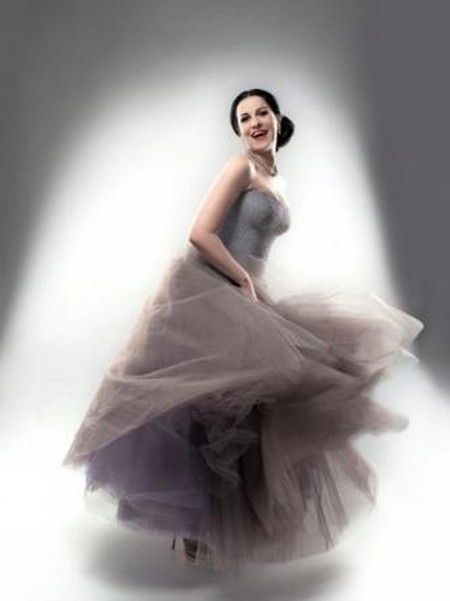 Despite problems in Romania under Nicolae Ceaușescu‘s communist dictatorship, Gheorghiu has no complaints regarding the country’s education of music. She recalls ‘classical music on the television nearly every day… watching things like Leonard Bernstein’s programmes about classical music’. Her professional debut took place shortly after graduating with her stint as Mimì (La bohème) in Cluj Opera. In a ceremony conducted by Mayor Rudy Giuliani in New York City in 1996, Gheorghiu married Sicilian-born tenor Roberto Alagna. Alagna and Gheorghiu have regularly worked together with both duets on albums and live performances. Of particular note is their act as Roméo et Juliette in 2001, which won them rave reviews from many critics.

Gheorghiu has recorded numerous albums, including live performances of her solo concerts and roles; such as Puccini’s Il trittico (1999) and La rondine (2003). Compilations like Arias (1996) and Diva (2004) showcase her vocal range and versatility with singing selections from across the operatic canon. The singer has also filmed several performances, among them her turn as Violetta in Solti’s production of La Traviata and her interpretation of Verdi’s Requiem Mass (2001). Films that achieved cinematic release like Tosca (2001), in which she took the title role, have further widened her audience. 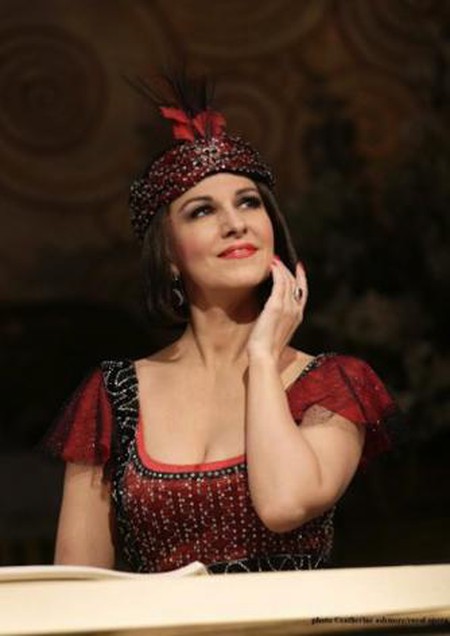 With over twenty years experience in the entertainment industry as an opera singer, Gheorghiu has a lot to celebrate; which she seems to do by effectively going back to the start of her career. In June 2012, Gheorghiu celebrated twenty years since her debut on the stage of the Royal Opera House, by performing La bohème with Roberto Alagna. With her invaluable knowledge as an experienced opera singer, she also held her first masterclass at the Georg Solti Accademia in Castiglione della Pescaia, Italy; and in November 2012, returned to the San Francisco Opera to perform in Puccini’s Tosca.

Angela Gheorghiu is a fierce patriot for Romanian culture and has previously expressed her distaste for those ignorant to it. She has proclaimed she finds it ‘a little unfair that in the East we learn all about the history and geography of the West, but people in the West know so little of Romania.’ In October 2012, Gheorghiu received the Nihil Sine Deo royal decoration from His Majesty King Michael I, honouring her contribution to promoting Romanian culture in the world.

It is often remarked upon in the press, that Gheorghiu has gained herself a reputation amongst the entertainment industry as being domineering or extremely strong minded. Considering her roots as a train driver’s daughter from a small town in Eastern Europe, she has become one of the most successful opera singers in the world. This misapprehension of her character is perhaps rather better understood as a steely determination to succeed. The focus should always remain on her talent, voice and remarkable ability to shed light upon Romania and Eastern European culture.