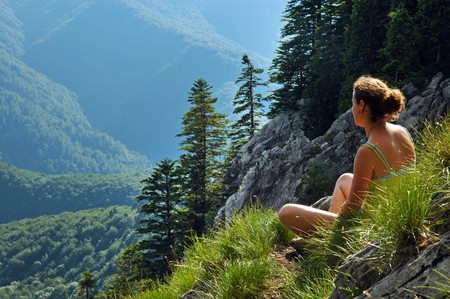 Young woman awaiting the love of her life | © salajean / Shutterstock

For over 200 years, the ‘Muntele Găina fair’ has been the main matchmaking event of the year for young people living in the villages scattered around the Apuseni Mountains, western Romania.

No marriage was ever arranged. Instead, the single lads and lasses of the land would come accompanied by their parents to this mass speed dating event, the latter’s dowry carefully exhibited in tents. Today, the fair’s attractions include traditional food, traditional folk costumes parades, concerts and local craft fairs.

According to legend, on a mountain top in Apuseni Mountains once lived a hen that laid golden eggs. The people inhabiting these mountain villages, even today known as moţi, felt immediately taken with it and started celebrating her presence with songs and gifts.

Throughout the year, she would live alone, unseen, on the top of the mountain; but once a year, in the special day of Saint Ilie, when the locals from the mountain villages held an event for the young to hang out and get to know one another, the hen would leave her nest and descend for the party. There, in front of the crowd, she would bat her wings once and transform into an amazing fairy, then head to each newly-formed couple and hand them a beautiful golden egg. Out of love for her, the locals named the mountain Muntele Găina, where găina means hen.

But, as human nature goes, a few locals became greedy and wanted to have the eggs all for themselves. That is why, on one occasion when the fairy was at the Saint Ilie celebration, they went up to look for her hidden nest and, with help from the devil, found it and stole all her golden eggs. Upon discovering the transgression, the fairy turned into a hen and, batting her wings, took off to the nearby mountain of Roşia Montană.

The locals tried to summon her back with songs, prayers and offerings but she hasn’t made her return yet. Nevertheless, the moţi haven’t yet given up and have been holding, every year the same party in the same place, celebrating love, in the hope she might return.

Historically, the fair dates back to at least 1816, and was a way for the inhabitants of the Arieşului and Crişurilor valley to meet and exchange and trade goods. Ever since, the ‘girls’ fair’ was an important component of the event, held on the Sunday that was closest to the religious holiday of Saint Ilie, celebrated on July 20. Early in the morning, the young women and men would meet on top of the mountain and get to know each other. 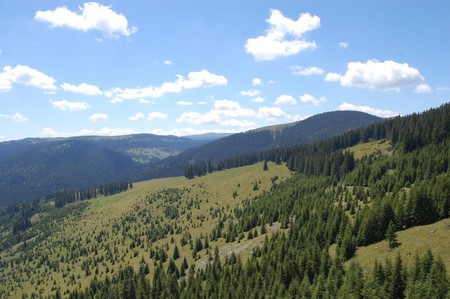 The first would bring along their dowry and the latter always prepared a gift for the future wife. While today it might seem rather foolish to wed someone after merely one speed date, it was believed that all those getting married on the mountain were destined for a thriving and happy life together. Once the young couple had made their intentions known, the marriage was performed by a priest on the very mountain top. The two made it official by completing the ritual of exchanging their scarves. At the end, all those taking part would join in celebration and would dance to live music in a big circle.

Today, the festival attracts the best craftsmen and women and a large crowd who travel here from all regions of the country to take in the beautiful views and sample delicious local food and drinks. No marriages are performed on the mountain anymore, but, if you happen to spot someone who catches your attention, say hello. After all, is there a better spot to ask someone for a date?