How Much Money Should You Bring on Holiday to Romania? 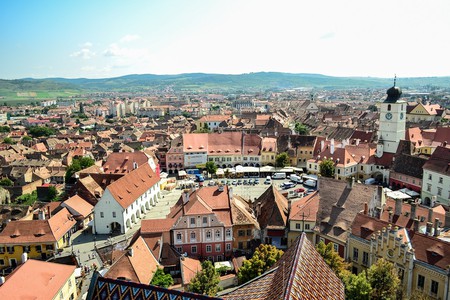 Romania is a country of contrasts, and this becomes immediately apparent when you start planning your budget for a visit. Here you can find delicious food, good-quality accommodation and enjoy a host of activities for a fraction of what you would usually spend in other European destinations. At the same time, luxury tends to have the same price everywhere, so keep that in mind if you want a four-star vacation. Still, regardless of your holiday’s price range, Romania is still good value for money and that is still a part of its appeal.

If visiting Romania on a city break, chances are you’ll be spending two to three days in one of the major cities such as the capital Bucharest, Cluj-Napoca, Brașov or perhaps Timișoara, the 2021 European Capital of Culture.

When travelling on a budget, cities, and even the capital of Bucharest, offer plenty of places where you can enjoy affordable local food and a few drinks. The cheapest places to have a meal are establishments known as cantina, which serve a large variety of decent traditional Romanian food. A two-course meal here can cost as little as $5. While the décor will not always be the most modern, you can expect cleanliness and practicality: there is no waiting time involved, as you will pick your dishes from the counter.

Another place to have a cheap meal with a beer is to join the locals at one of the terraces found nearby the city markets, where a portion of delicious mititei costs around $2. For a three-course meal with drinks in the many good mid-range restaurants dotting Romania’s major cities, expect to pay around $20.

Luxury will cost in Bucharest, for instance, as much as it does in any other European capital. While at a good restaurant you can spend up to $50 for a meal, a menu in Bucharest’s fine dining restaurants will offer you a complete experience for $150 per menu.

Most museums don’t charge more than $2.50. Churches in Romania are always free to visit, as they are actively used as places of worship. Public transport tickets in most big cities are fairly cheap and cost $1.50.

Budget for one week

When visiting Romania for one week, it is very likely that you will combine a stay in one or two major cities with a trip to Romania’s charming countryside, mountains or, in summer, the seaside.

Within one hour’s drive or less from any of Romania’s major cities, you will find natural and cultural attractions that are ideal destinations for day trips. If based in Bucharest, go for a walk in Comana park, take a trip to Snagov Monastery, the supposed burial place of Vlad the Impaler, or, for a relaxing day in one of Europe’s biggest spa places, visit Therme.

If setting up camp in Brașov, you can take day trips to Bran Castle and Cluj-Napoca offers a large number of opportunities for exciting day trips. Similarly, near Constanța, you will find the Black Sea resorts as well as ancient fortresses and castles.

Expect to pay the same prices for food and drinks in mountain or seaside resorts as you would in mid-priced urban establishments, especially in peak season. If travelling by train, keep in mind if you go for destinations within 100km, a ticket costs around $4.50, and if travelling up to 200km, second-class tickets cost around $20. Buses are also an option, with fares starting at $10 and going up to $20.

A two-week stay opens up a lot of possibilities to explore a few of Romania’s regions, such as the culturally rich Maramureș, the exotic Dobrogea and the mythical and eternally fascinating Transylvania.

When wining and dining in small cities or even villages, expect to pay slightly less than you would in a mid-range restaurant or bistro in a big city. Venues close to major attractions can be a bit pricier though. Still, prices will be within a range that is seen as appropriate for the average Romanian, meaning your money will still take you a long way.

Travelling between major cities can take a few hours, so keep in mind that in Romania, time is perhaps a more valuable resource than money. For instance, a bus ticket from Brașov to Sibiu costs $8 and the trip takes about two-and-a-half hours, while a trip from Brașov to Cluj-Napoca has a fare of $18, but will see you travel for nearly five hours.

As road trips can take a long time, flying between major cities is becoming increasingly popular. Low-cost airlines will take you from Bucharest to Timișoara or Cluj-Napoca in little over one hour. Tickets start at $40, and, the earlier you book, the bigger the chances you’ll grab a promotional rate.

If staying in Romania for three weeks, a thematic tour of the country, such as one of Romania’s vineyards, fortresses and castles or one designed for nature– and culture-lovers is a great option. For a balanced and diverse itinerary, make sure to combine city stays with nature getaways.

Staying in villages and farms will cost less than city trips and will allow you to really experience the true spirit of Romania. Campsites remain the cheapest accommodation option, and, for those longing for a feel of luxury in the heart of nature, glampsites are becoming increasingly available.

Due to the variety of options on offer, Romania is suited to all budgets and is an ideal holiday destination for luxury-seekers and backpackers alike.