For the Nature Lover: A Roadtrip Itinerary for Romania 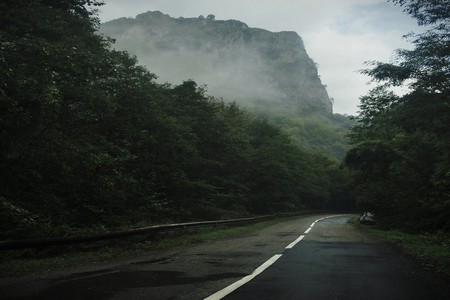 The beauty of Romania’s natural landscape lies in its diversity. Home to five of the ten biogeographic regions recognised by the European Union, it’s also widely recognised as a wildlife paradise in the heart of Europe. Read on to discover our ultimate 10-day roadtrip for nature lovers in Romania.

As Romania’s smallest national park, Buila-Vânturarița is also one of its most exciting. Stretching over 4,186 hectares, it is home to no less than 23 types of alpine habitats, each featuring a large variety of natural attractions, such as forests, meadows, rivers, caves, waterfalls and more. Due to the presence of numerous brown bears, wolves, lynxes as well as that of two species of bats (Barbastella barbastellus and Myotis blythii), that of a colourful frog (Bombina variegata) and three very rare plants, including a very gracious variety of lady’s-slipper orchid, the park was elevated to the status of Natura 2000 site. Camping is allowed in the park, at Cabana Cheia lodge, the only place where visitors of this highly protected area can gaze at the starry sky while warming up around a campfire.

With their 60 peaks that graze the clouds at over 2,300 meters (7,500 ft), and more than 100 glacier lakes so clear they mirror them, the Retezat Mountains are among the most beautiful massifs in the Carpathians. Here you can find over 1,000 species of plants, as well as walk in one of the few remaining old-growth forests in Europe, enclosed in the Gemenele scientific reserve. If you are to spot any wildlife, this is the likeliest of places, as the park is populated with most species living in the Romanian mountains. Bucura lake is popular with hikers and offers great views to wake up to for those who camp here.

Offering picturesque views, Cheile Nerei – Beușnița National Park offers a great deal of attractions. Stretching over 36,000 hectares, it is mostly covered in thick forests which offer the perfect habitat for large and small mammals. Alongside many lakes, the park is also home to one of the most beautiful waterfalls in the country, Bigăr Waterfall. As peak heights here don’t reach much over 1,000 meters (3,280 feet), the spot is popular with hiking and rock climbing enthusiasts. Due to the presence of Nera river, this is the place to try water sports, such as rafting, a very popular activity in the park. Not least, history and archeology buffs will be thrilled to visit an area inhabited by the first early humans, the Cro-Magnon, nearly 42,000 years ago.

Lunca Mureșului Natural Park is a giant grassland located around the Mureș river, in the panonic biogeographic region. The unique landscape combines over 40 islands populated by numerous species of birds, insects and amphibians, with sandy beaches and long green tunnels made by rows of willows bent over the water. This is an ecotourism destination par excellence, and offers visitors the possibility to take canoe and bike trips, take guided birdwatching tours and visits to unique ecosystems. The lily pond, where the European white lily grows in the wild, is one of the biggest highlights of the park.

One of the selected few European Destinations of Excellence, the Apuseni Mountains are one of Romania’s genuine natural wonders. Covered in thick old forests, they hide in their valleys villages where time stands still. In peasants’ households, fruit and vegetables are grown in the back yard and turned into delicious syrups and jams, while the grass that feeds the animals is mowed and dried using traditional tools, proving that customs are still a part of everyday life. Apart from experiencing the beauty of the landscape and getting active by hiking – for instance to Scărișoara Cave, which hosts a magnificent glacier – this is one of the best places to experience authentic Romanian hospitality.

Munții Maramureșului Natural Park is famous for the very varied relief of the mountains, ranging from volcanic, glacier and those dominated by the presence of limestone. But above all, the mountains are a true wild flower paradise. Edelweiss, a symbol of the Carpathians, is a popular sight, as well as the white daffodil, which in spring cover the right side of the Tomnatec peak (1,600 meters (5,250 feet)) with a snow-like fragrant carpet.

Paleo diet enthusiasts will delight in spotting a wide range of edible mushrooms, such as Boletus edilus, the highly sought after and quite delicious Boletus aereus, Cantharellus ciborium the pink-tipped coral mushroom and more. Fish is also in good supply, with the Danube salmon and the brown trout being among the easiest to spot.

Vânători-Neamț Natural Park is known for the wide range of birds that inhabit it, many of which are migratory species. Of late, the bison families that have been brought to the 10,000-hectare Dragoș-Vodă reservation have deservedly become the park’s biggest attraction. Europe’s largest and heaviest land mammal has been reintroduced to the area after becoming extinct centuries ago.

The rewinding project that sees this gentle giant return to the Carpathians is designed to help boost biodiversity and create a sustainable ecosystem in the long term.

Lunca Joasă a Prutului Inferior Natural Park covers an area of high importance for Europe’s bird populations. Three major migration routes converge here, namely the East Elbic, the Carpathian and Pontic routes. A great birdwatching destination, it is also the place where, for a small fee, fishing enthusiasts can try their skills on some of the native freshwater species. The park is located in the continental biogeographic region.

Located in the stepic biogeographic region, Munții Măcinului National Park include the oldest geological formation. The Măcinului mountains, with peaks less than 500 meters (1,640 feet) tall, are characterised by a great geological complexity and bear the traces of thousands of years of corrosion.

The park is home to an extremely wide range of birds and many species of plants. Therefore, this is a highly protected area where practising sports is not encouraged. An exotic landscape, the park has served as the backdrop of 2015 feature Aferim!, which won the Silver Bear at the Berlinale.

The ultimate birdwatcher’s paradise, the Danube Delta is the best preserved delta on the continent as well as its second-largest. Home to over 300 species of birds, it offers a unique landscape combining forests, narrow waterways bordered by trees and hidden beaches.