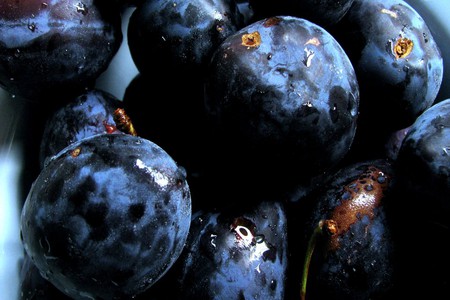 When visiting a Romanian at home, chances are you will be greeted with a glass of țuică, the welcome drink par excellence. A strong colorless spirit made of plums, lately țuică is enjoying a higher profile and has been making its way into bars, leaving behind the humble, rural traditions the drink is typically associated with.

For a long time, țuică, which can contain between 20-60 percent alcohol was usually made and drunk at home. As the making and selling of this homemade liquor was not regulated for a long time, and currently makers are only taxed provided they voluntarily declare their yield, it is safe to say it is the closest thing Romania has to moonshine.

How is it made?

The process starts in the plum orchard, where the best fruit is picked in autumn. About three quarters of all plums picked in Romanian orchards will be consumed in liquid form. The rest will probably be transformed into jams. After picking, the first stage of making țuică starts around October. Plums are left to ferment in wooden tubs or stainless steel containers for anything between six and eight weeks. No sugar is added, and plums are not mixed with other fruit to ensure that the finished product is as refined as possible. Although many other fruit, such as pears and apricots can be used to make a similar type of liquor, only plum based brandy can be called țuică. The rest is called ‘rachiu‘.

The second stage of the process is the distillation, and is usually completed by Christmas. The traditional kit includes a brass still, which is heated underneath using a fire source, traditionally wood or charcoal. The temperature is regulated by carefully listening to the rumbling sound made while the mix boils. During distillation, the alcohol vapors are captured and the țuică is collected. The first type of țuică to come out, which is distilled twice, is called frunte, meaning forehead. This is the strongest, around 55-60 percent alcohol, and represents about a quarter of the production. As soon as it comes out, a few glasses are taken out and those participating, traditionally men, will sip it fresh, in an almost ceremonial way. The rest is preserved and usually served to guests. The rest of the brew, with around 20-30 percent alcohol, is the stuff that is usually drunk at home. The liquor can also be aged in oak barrels for up to 10 years, which gives it a yellow color and a sweet, fruity aroma.

When to drink it?

Traditionally, Romanians drink țuică before every meal, to increase appetite, sometimes even before breakfast! When drunk for breakfast, the standard combination, and a staple of Romanian cuisine, consists of a fresh, crusty loaf of bread, cheese, red onion and salo (cured pig fat), slănină in Romanian.

The standard quantity is a shot, which is drunk in small sips. Tuică is also the accompanying drink to all Romanian celebrations, such as weddings, baptisms, harvest festivals and even wakes.

Țuică is changing its reputation

Most of the time, țuică is kept in bottles and will miraculously appear almost as soon as a guest steps through the door. Same type of sorcery goes for the glass, which can be refilled as it hits the table, so make sure you so not finish too soon, if you are not fond of the drink!

As young urbanites also develop an appetite for the drink, many bars in big cities, including Bucharest’s Old Center have added țuică to the menu. Soon, the capital will see the addition of a traditional Romanian wine bar which, alongside local labels, will also serve up to 50 types of țuică.

Want to take your experience a tad further? If visiting Romania in winter, order a glass of țuică fiartă – țuică boiled with pepper corns, cloves and honey.