8 Idioms in Romanian that are all About Cats

Romanians often use idioms in their daily lives to spice up conversations. As with every culture, they hint to what Romanians value and despise strongly enough that they create set phrases and pass them on from generation to generation. Oh, and a lot of them involve cats, namely mâță or pisică.

Translation: To catch [someone] with the cat in the bag

Meaning: Rather intuitive, this expression is used to describe when someone is caught red handed. What is not intuitive is the fact that, usually, cats will get in the bag simply because they want to. 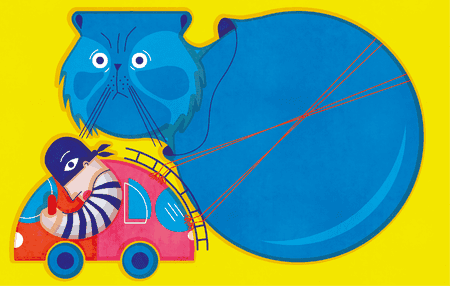 Translation: To look [at something] like the cat in the calendar

Meaning: By all appearances, it is quite bad to look confused in Romania. When someone is clueless about a situation, his or her expression, Romanians believe, becomes very similar to that of a cat looking in the calendar.

Translation: If born by a cat, it will eat mice

Meaning: This idiom points to the fact that, inevitably, children will resemble their parents.

Translation: To break the cat in half

Meaning: When Romanians feel brave and want to get to the bottom of things, they tackle their problems head on and apparently, nothing says it better! 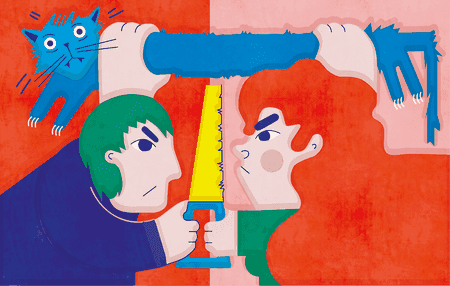 Translation: To pull the cat by its tail

Meaning: When someone is pulling the cat by the tail, it means he or she is in a slump and not doing well financially.

Meaning: The idiom is applicable to those seemingly inoffensive people who will not hesitate to take a stand if someone crosses the line.

Meaning: This expression hints that someone who was tricked once will be very careful next time around. 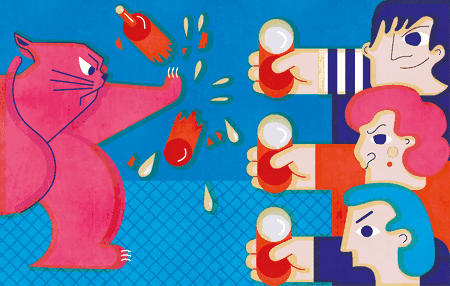 Translation: Even the cat is laying eggs

Meaning: When someone is extremely lucky, he or she will find that not only the chicken, but also the cat is laying eggs.