The 22 Most Iconic Romanian Landmarks 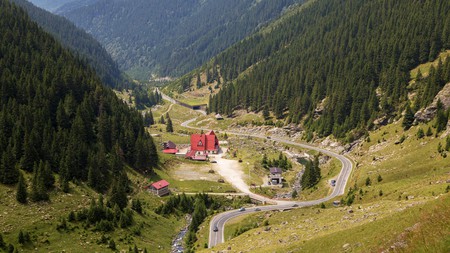 Romania has a host of natural and cultural landmarks spread across the country. From the familiar Palace of the Parliament, Bran Castle and Salina Turda, to those you have yet to discover, here are our standout picks.

Located on the shore of the Black Sea, the Casino is one of Romania’s most spectacular architectural landmarks. A fine example of art deco that enchants with shell-shaped windows and intricate adornments, it has a long and troubled history, which lends it an extra air of mystery. 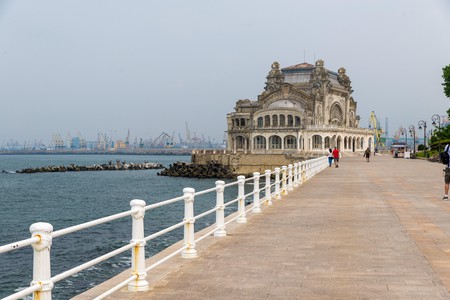 The Endless Column, in Târgu Jiu, is part of a sculptural ensemble by Constantin Brâncuși, one of the most influential names in 20th-century art. Made of truncated pyramids, it can be replicated endlessly and as such evokes infinity.

Salina Turda may just be the coolest amusement park in the world. Situated 122m (400ft) down in an old salt mine, it was previously used as a storage facility for cheese, and later as a bomb shelter during World War II. Now it hosts a ferris wheel, rowing boats, a bowling alley and a minigolf course, and there are health benefits from a visit here, due to the salt content in the air. 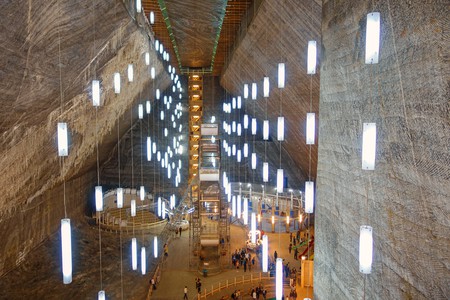 Salina Turda, a former salt mine, is now home to a ferris wheel and other attractions | © Arpad Benedek / Alamy Stock Photo

Thanks to its association with Count Dracula, Bran Castle is everything you imagine and more. Built on a rock and surrounded by thick forests, it does not contain any vampiric paraphernalia. In fact, the interior is pretty cosy, tastefully decorated and furnished with historic pieces by Queen Marie of Romania, one of the country’s most beloved monarchs.

The Palace of the Parliament

Romania’s most famous building, also known as the Place of the People, was built by communist ruler Nicolae Ceaușescu. With 1,100 rooms spread over 12 floors and eight underground levels, it is the largest administrative building in the world. Dwarfing everything else around, it is a feature of the Bucharest skyline that many find hard to love. 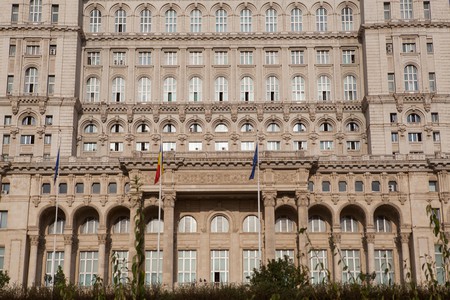 Located high up in the Bucegi mountains, the Sphinx is Romania’s best-known natural landmark. Near the Babele rock formation, as the name suggests, it resembles the Sphinx of Giza, as well as the specific energy many say they experience when hiking on the plateau. 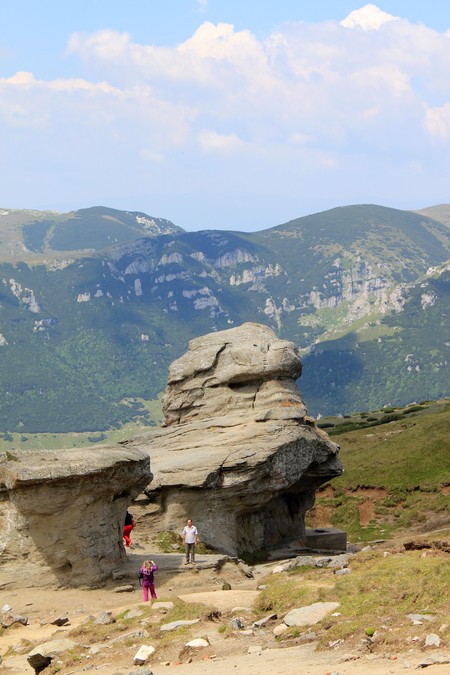 The Romanian Atheneum, in the centre of Bucharest, is the city’s main concert venue. With its round dome and beautifully decorated interior, it is a must-visit.

Located in the region of Maramureș, the Merry Cemetery is both a visual delight and the purveyor of a strong message: live your life to the full. 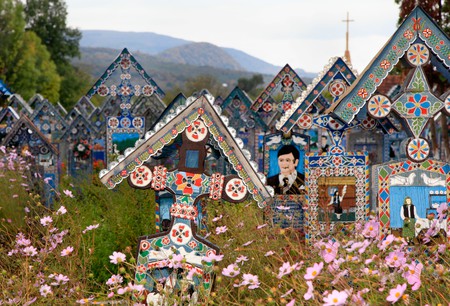 The Merry Cemetery of Sapanta, in Maramureș, presents a joyful celebration of the dead | © Vlad Ghiea / Alamy Stock Photo

The Palace of Culture in Iași, Moldova, was built at the beginning of the 20th century, and is a great example of neogothic architecture.

Built by the first king of Romania, Carol I, Peleș is a charming castle and, according to some, the most beautiful in Europe. Featuring richly decorated interiors, it also houses a large collection of art and weapons. 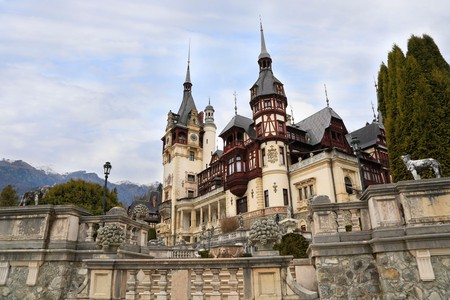 The water here falls on, over and almost through the emerald green-moss, which makes Bigăr Waterfall one of the prettiest in the country. 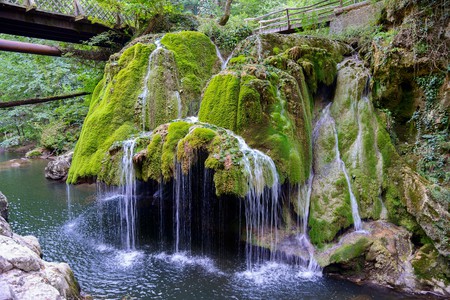 Built in the 13th century, the tall clock tower in Sighișoara is the main landmark in the city, as well as one of the most photographed towers in Romania.

Nicknamed the Black Church after a fire engulfed its walls, this cathedral in Brașov impresses with its architecture as well as with the many cultural and religious treasures it holds inside.

The Danube Delta is one of the most important natural landmarks in Romania. The nesting place for hundreds of species of bird, it is one of Europe’s richest natural areas in terms of biodiversity. 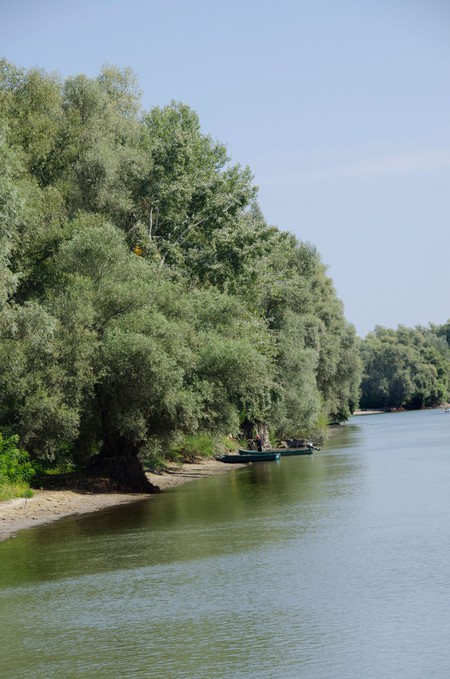 Transfăgărășan may be a mouthful, but it offers one of the most exhilarating and beautiful road trips in the world. Crossing the southern Carpathians, the road was built in 1974 and stretches more than 90km (56mi). 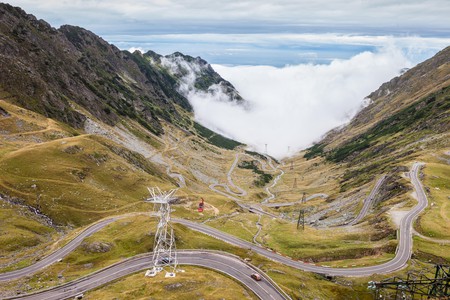 A building that wouldn’t be at all out of place in a Game of Thrones episode, Corvin Castle in Hunedoara is one of the biggest and most beautiful gothic castles in Europe.

The Mud Volcanoes at Berca are part of a nature reserve and probably your best chance to feel as if you’re walking on the surface of the moon. 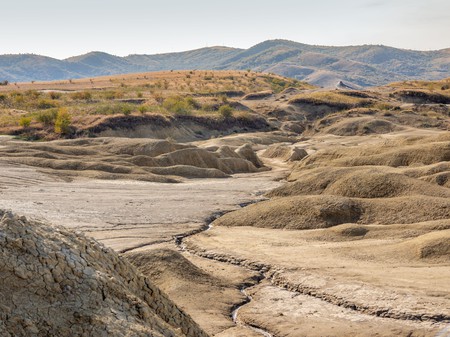 This is the place where two of Romania’s most important natural formations, the Danube and the Carpathians, meet to create a stunning landscape. 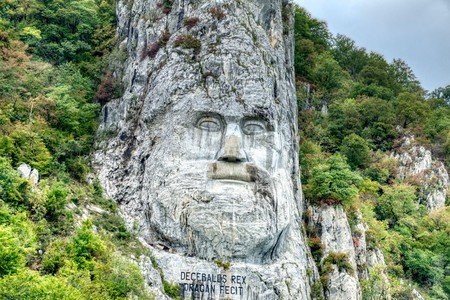 The beautifully painted Voroneț Monastery is dubbed Romania’s Sistine Chapel, thanks to the beautiful frescoes on its interior and exterior.

Built by Transylvanian Saxons in the 16th century, this Unesco World Heritage site attracts many visitors each year with its fairytale charm. 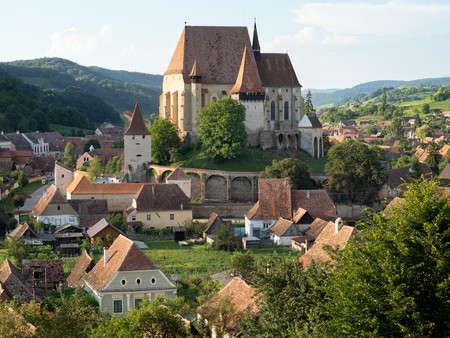 One of the most spectacular caves in the stunning Apuseni Mountains, Scărișoara Cave hosts the biggest glacier in Romania, a 4,000-year-old natural wonder. 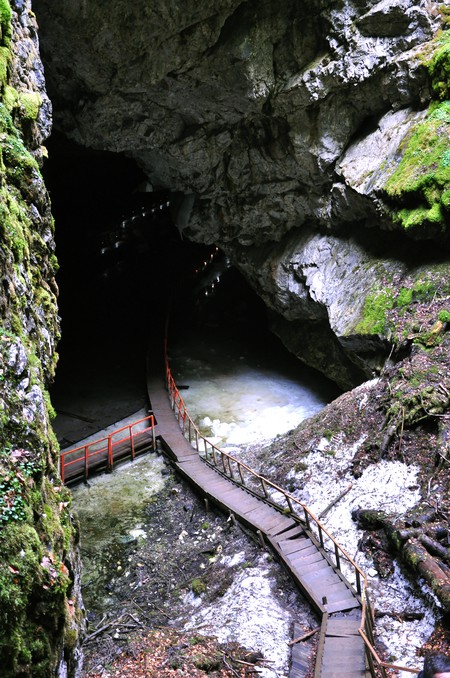 Sarmizegetusa Regia is a historic site very dear to Romanians. A high-altitude ancient city, it was the centre of the powerful kingdom of the Dacians, the ancestors of the Romanian people. Today, you can walk among the ruins of the fortress and admire the impressive sundial, while the site’s biggest treasures, the solid-gold Dacian bracelets, are on display at the National Museum of Romanian History in Bucharest.