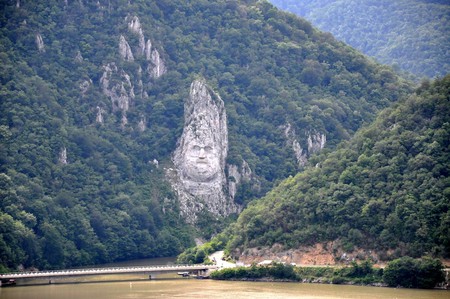 A country of captivating stories, unique sites, beautiful scenery and amazing personalities, Romania is a surprising land. From the best-preserved delta in Europe to the largest outdoor museum, the country is brimming with natural, architectural and artistic treasures. Here are 15 fascinating facts about Romania.

It boasts the tallest wooden church in Europe

In a small village north of Romania, an array of old churches have been carved in wood by the people from Maramureș. In the region, there is a whole competition around the marvellous wooden churches, some of them inscribed on the UNESCO World Heritage list as secular expressions of the region’s architecture. In Săpânța-Peri, a 78-meter (255-feet) church raises majestically to the skies, and is allegedly the tallest wooden church in Europe.

It has the best preserved delta in Europe

Crossing the south of Romania, the Danube forms a wonderful delta before flowing into the Black Sea. The Danube Delta is home to 23 natural ecosystems, and from April to September is home to more than 300 bird species that come to live on delta’s channels and lakes.

The biggest Gothic church is in Romania

The Black Church of Brașov is unparalleled in Eastern Europe, being the biggest Gothic church between Vienna and Istanbul. Partially destroyed by the fire in 1689, the church’s walls darkened and so the church got its name. Inside, you can admire a magnificent Bucholz organ and the biggest collection of oriental carpets in Europe.

An underground glacier is hidden here

The Scărișoara Glacier can be found underneath the Bihor Mountains, and is the second largest underground glacier in Europe. With a volume of 75,000 cubic meters, the glacier has been in existence for more than 3,500 years.

There’s a whole village displayed in a museum

The Astra Museum of Folk Civilisation is an open-air museum located next to Sibiu, displaying more than 300 traditional houses, watermills, windmills, gigantic presses for wine, fruit and oil, stables and barns, giving visitors the feeling of wandering around a traditional village. The museum is also the second-largest outdoor museum in the world.

A unique waterfall is hidden in Romania’s Carpathians

The Bigăr Waterfall located in the Anina Mountains was included in the World Geography’s top of ’Unique Waterfalls Around the World’ thanks to the peculiar way the water falls in tiny streams over moss-covered rocks.

The world’s best driving road is in Romania

Top Gear’s host Jeremy Clarkson declared that the Transfăgărășan Road in Romania is the ‘world’s best driving road’. Stretching over 90 kilometres (56 miles), cutting through the Făgăraș Mountains, the Transfăgărășan is filled with hairpin turns. The views get more and more spectacular as you go higher, the top being at 2,134 meters (7,000 feet).

There’s an unusual cemetery with a colourful twist

The Merry Cemetery is located in the village of Săpânța and is surely the most unique of its kind. A creation of local folk artist Stan Ioan Pătraș, the cemetery exhibits painted crosses adorned with satirical epitaphs, revealing the deceased’s message for the living world. This joyful attitude towards death comes from the Dacians, Romanian’s ancestors, who believed that death was only a passage to a better life.

The second largest building in the world is in Bucharest

Topped only by the Pentagon, the Palace of Parliament is the second largest administrative building in the world. A symbol of Ceaușescu’s megalomania, the building is 240 meters (787 feet) long, 270 meters (886 feet) wide and 86 meters (282 feet) high. Built on 12 storeys, the monument has 1,100 rooms. According to Guinness World Records, it is also the heaviest building on the planet.

The largest population of brown bears is in the Romanian Carpathians

Approximately 6,000 brown bears are to be found in the Romanian Carpathians, from a total of 200,000 brown bears worldwide, forming the largest population in Europe outside of Russia.

A round village lies in the west of Romania

Charlottenburg, the only round village in the country, is an unmatched landmark of Banat region, located 50 kilometres (31 miles) from Timișoara. The village was built in the 18th century by the Swabians, German colonists who settled in the country. The perfect circle of houses, stables and barns is erected in symmetric style, all the houses having the same distance in-between and standing at the same height.

The creator of the coffee machine was born here

Many people drink today Illy coffee, with many an Italian claiming espresso as part of their national heritage. But few know that Francesco Illy, creator of the automatic steam espresso coffee machine, was born in the Romanian city of Timișoara. He then moved to Italy where he opened its business, the world-known coffee roasting company Illy Caffe.

Romania has its own Mount Rushmore

On Danube’s banks, carved in stone, is the statue of the former Dacian ruler and ancestor of the Romanians, Decebal. Sculpted by 12 alpinist-sculptors over a period of 10 years, the statue is 55 meters (180 feet) tall, and is the highest stone sculpture in Europe.

Nadia Comăneci, a Romanian gymnast, was the first in the world to receive a 10 in an Olympic Competition of Gymnastics during the 1976 Olympic Summer Games organized in Montreal, Canada. She boasts several gold Olympic medals and is part of the International Gymnastics Hall of Fame.

Romania has faster internet than the United States

During the US Presidential Campaign, Senator Bernie Sander’s declared that “Today, people living in Bucharest, Romania have access to much faster internet than most of the US.” According to dospeedtest.com, Romania has a peak internet speed of 58.7 Mbps, which makes it the 7th nation with fastest internet in the world, compared to the US where peak connection speeds are about 48.8 Mbps, placing it 17th. Moreover, Romania consumes more internet on an average than any European country, having a monthly traffic of 91 GB for fixed broadband lines.