13 Famous People You Had No Idea Are Actually Romanian 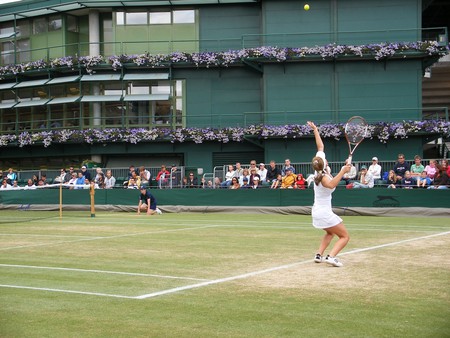 Romania has given the world some extraordinary, talented people. World renowned painters and sculptors, famous musicians and actors, distinguished writers, philosophers, historians and scientists. However, when you hear their name, you don’t automatically think about Romania. Take a look at our list and discover some of the world famous genii that you probably didn’t realise are Romanian.

Very popular among the French, Constantin Brâncuși’s workshop can be visited in Paris. One of the pioneers of the modern sculpture, he started his studies in Romania at the Arts School in Craiova and then at the National Art University in Bucharest, but his journey took him to France, where he studied at the Paris Academy of Beaux Arts. He is considered one of the most influential sculptors of the 20th century, appreciated not only in Europe but also in the United States. You can admire his works in the Romanian city of Târgu Jiu, as well as in the Brâncuși Studio in Paris, part of the Georges Pompidou Centre. 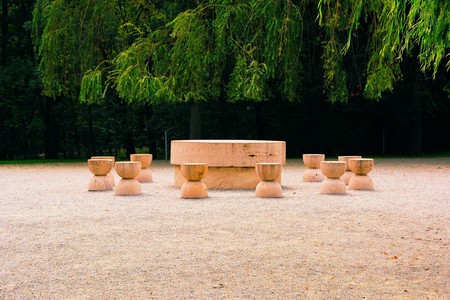 A Romanian actor with a national and international portfolio, Marcel Iureș is among the most praised stage and screen actors in Romania. The projects he has been involved in gave him the opportunity to act alongside George Clooney in the movie The Peacemaker, Tom Cruise in Mission Impossible, as well as Brad Pitt in Interview with the Vampire.

Whether a film premiere or music awards, the dresses worn by the Hollywood stars on the red carpet are always discussed and debated. Some of them are truly exquisite, giving appreciation to both the actresses and the designer. Among the most beautiful dresses that always attract the attention of the press, as worn by actresses and singers such as Nikki Reed, Demi Lovato, Eva Longoria or Jennifer Lopez, were designed and created by Romanian designer Maria Lucia Hohan, who has carved a reputation as one of the stars’ favourite designers.

A marvellous opera singer, Angela Gheorghiu is among the most distinguished artists in the world. Her leading-role performances took her to the Metropolitan Opera of New York, London’s Royal Opera House and Vienna State Opera. She won several awards including the 2004 Victoires de la musique classique award for the best opera recording for Carmen, as well as the 2010 Female Artist of the Year at the Classic Brit Awards.

Co-founder of the Dada cultural movement, Tristan Tzara was born in Romania in 1896 as Samuel Rosenstock. He was a Romanian and French avant-garde poet and performance artist. Part of the cultural movement that revolutionised the literature and the plastic arts, Tzara moved from Romania to Switzerland and then to France in 1919, where he tried to expand the Dada movement. His portraits can be found today in museums around Paris.

Autor of the outstanding A History of Religious Ideas, Mircea Eliade was a Romanian historian of religions, fiction writer, and philosopher. He studied at the Bucharest University and at the University of Calcutta. While in India, he fell in love with his hosts’ daughter and then wrote a fictionalised account in the novel Maitreyi, screened in the movie The Bengali Nights. After living in Romania and France he moved to the United States, where he became a professor at the University of Chicago, teaching the history of religions. Nowadays, the Department of History of Religions bears his name, as an honour for his vast contribution to the specialised literature on the matter.

The one French people call Georges Enesco, the Romanian composer, pianist, violinist, and conductor is considered Romania’s most important musician. At seven years old he started composing, and at 10 years old he gave a private concert at the Court of Vienna in presence of Emperor Franz Joseph. He lived in Romania, Austria, and France, and he was described by Catalan composer Pablo Casals as ‘the greatest musical phenomenon since Mozart’. In his honour, his former residence was transformed in the George Enescu Museum, and every year the George Enescu Festival brings to Bucharest world-renowned classical music artists.

Known to Romanians as Eugen Ionescu, the Romanian-French playwright is one of the most remarkable figures of the French avant-garde theatre. Capturing in his pieces the meaningless of the existence, Ionesco is one of the greatest writers of the Theatre of the Absurd. In 1970, he became a French Academy member, being the first Romanian writer gifted with such a distinction.

If you are a fan of the Marvel Cinematic Universe, you surely know Bucky Barnes or the Winter Soldier. But did you know that the character is interpreted by Romanian actor Sebastian Stan? Born in Constanta, the actor moved to New York when he was 12. He studied at the School of the Arts and his studies and talent took him to Hollywood. Today, he is a well-known actor and character in Marvel movies.

Contemporary art lovers have surely heard about Adrian Ghenie and his widely appreciated artworks. Co-founder of the Cluj Napoca’s Plan B art gallery, the artist is currently living in Berlin, where he is considered the representant of the new wave of Romanian visual art. With works sold all over the world, his paintings have been part of solo exhibitions in the Museum of Contemporary Art Denver, or held in public collections in art museums in Los Angeles, Antwerp, and Ghent.

Currently ranked number one in the WTA, Simona Halep is a brilliant Romanian professional tennis player. After the 2017 Wimbledon Championships, she became the player with the most consecutive weeks within the Top 10 of WTA. She is also the first Romanian player to reach the first place in the WTA, after defeating Jelena Ostapenko at the 2017 Beijing Finals.

Happy moments in our lifee ❤😋😺

Founder of the world’s first Speological Institute, Emil Racoviță was a speleologist (cave studies) and the first biologist in the world to study the Arctic life. He is considered to be, together with Rene Jeannel, one of the founders of bio-speleology.

Winner of the Nobel Peace Prize in 1968, Elie Wiesel is a Jewish Romanian-American writer. He is the author of the bestseller Night, a book about his experience with his father in the Nazi concentration camps at Auschwitz and Buchenwald. Born in Romania, then sent to Auschwitz, he was liberated at the end of the Second World War. He then moved to France and later to the United States, where he affirmed as a political activist and founder of the Elie Wiesel Foundation for Humanity.