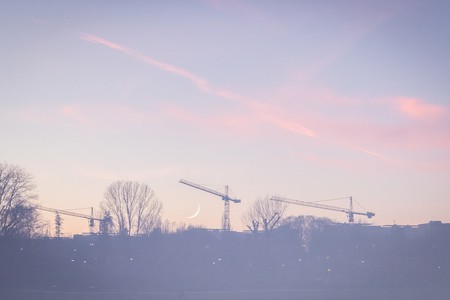 When trying to guess the lively language a group of Romanians are speaking, most people will pick up the Latin base and suggest perhaps it is Italian? Or, upon seeing them nod approvingly and say ‘Da’, will label it a Slavic idiom. A curious mix of Latin and Slavic elements, plus a Turkish word or two and a touch of Dacian, Romanian will amaze you with its musicality, so give the words below a go and you might just fall in love!

Romanian is a phonetic language, so words are pronounced exactly as they are spelled.

Considered one of those words that cannot be translated for lack of a perfect equivalent, similar to Portuguese saudade, dor is a deep longing for something or someone that is absent. It is derived from vulgar Latin word dolere, meaning ‘to hurt’.

An adaptation of the Turkish word doldur, meaning to fill up, doldora is used to express abundance and is used to describe something filled to the brim.

Albastru , from the Latin albaster, is how Romanians say blue.

Probably derived from the Latin flutulus, fluture is the Romanian word for butterfly.

Pronounced ‘be-be-lush‘, the diminutive of ‘bebe’ is a cute way to say ‘little baby’ in Romanian.

Lalele is the plural for lalea, meaning tulip, also derived from Turkish.

My superfoods and candies. Who would love to pick some? . Did you know.. …strawberries are not actually fruits as their seeds are on the outside. They have about 200 seeds per fruit and are a member of the rose family. Now we know where they have their beauty from. 🌹🍓 #redcandy #berries

Ciocârlia is a small singing bird that has a special place in Romanian popular culture, as it is the first bird to signal daybreak. Also associated with love and lovers, this is one of the relatively few Romanian words that have survived from Dacian, the language of the ancient people that inhabited Romanian territory, the Dacians.

Also a Dacian word, strugure is the Romanian word for grape.

Not often used in everyday life, năstrușnic is used to describe something or someone who is out of the ordinary, playful or eccentric.

Another Dacian word, mămăligă is the Romanian word for polenta, and one you should start practicing as soon as you get to Romania.

Only present in fairytales, balaur conjures up the image of a mythological figure of a giant snake with one or more heads, which Prince Charming always has to slay in order to move further in his quest.

Sarmizegetusa, from Sarmizegetusa Regia, the capital of the ancient kingdom of the Dacians, has an exotic appeal for Romanians, as it evokes a mythical time from before the Romanian people were born.