12 Reasons Why You Should Visit Bucharest 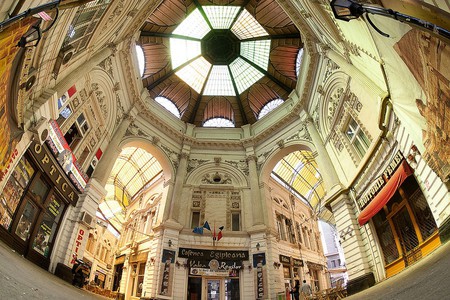 With its exciting past, lively bars and restaurants, large parks and plenty of museums, Bucharest is one of Europe’s safest and most affordable destinations. Here are our 12 reasons to consider the Romanian capital when planning your upcoming city break.

It’s off the beaten track

Once in a while, seasoned travellers like to try something new. Boasting an elegant and cosmopolitan centre with large boulevards, although still a little rough around the edges, Bucharest has got what it takes to surprise and entertain the curious traveler.

There’s a stunning mix of architecture

For those with a passion for architecture, Bucharest is full of treasures. From the charming monasteries and churches in Brâncovenesc style, through to the majestic villas built in the interbellum – not to mention the rough blocks of flats erected during the Communist regime, the city is bound to make a strong impression.

Its history is unique

The history of Bucharest is closely intertwined with that of Europe. Take a walk through the Communist era boulevards and the winding streets built in the interwar, or pay a visit to the Museum of History for the best equivalent to a crash course in European history.

The streets are safe

Bucharest is one of the safest capitals in Europe, with criminality hitting lower levels every year.

With plenty of sunny days and often hectic traffic, Bucharest depends on its green spaces to keep on breathing. Luckily, it boasts plenty of parks and gardens, including a Botanical Garden, a 80,000-hectare forest and a natural urban delta, Văcărești Natural Park.

Bucharest is the perfect place to try traditional Romanian food and drinks as well as try out the latest global trends. As locals start going out more and the city slowly becomes more cosmopolitan, cafés and restaurants compete to refine their menus, resulting in an overall increase in the quality of offerings.

The nightlife is buzzing

Romanians love partying, and on weekends will dance until the wee hours in the capital’s bars and nightclubs. While neighbourhoods such as Floreasca and the area around Herăstrau park are slowly getting a loyal following, the city’s Old Centre, centred around Lipscani street is still the unrivalled epicentre of fun.

There are festivals and fairs for everyone

In Bucharest, a city that rarely sleeps, there’s always something interesting going on. Festivals range from local neighbourhood parties, such as those held by the Armenian community, to vintage, organic food and design fairs. The George Enescu festival, a classical music marathon lasting almost a month, is one of Europe’s most prestigious.

The museums are a revelation

Bucharest has more than sixty museums and memorial houses. While the large ones, hosted in the city’s most imposing edifices will give you an idea of the country’s cultural, historic and political ambitions, it is the small, intimate memorial houses that will bring you closer to the reality and aspirations of the most remarkable individuals that have shaped the country’s culture.

Beautiful churches are the norm

Bucharest’s churches and other places of worship, such as the Great Synagogue, are among the city’s must-visit destinations. Do not miss Stavropoleos Monastery, Domnița Bălașa church, Dealul Patriarhiei, the seat of Romania’s orthodox church, Zlătari and Kretzulescu churches, to name but a few.

Although the Romanian capital is catching up fast with other European centres when it comes to the standard of living, Bucharest is still rated among the most affordable capitals on the continent. Here you will make more of your euro, pound or dollar while using public transport, for services and for going out.

Admittedly, Bucharest is not the only city with an urban beach – that said, no other European capital has to its name a 30,000 square metre beach with golden sands, not to mention some 1,000 palm trees and a constant 30 degree celsius temperature in its 700 square metre thermal water pools.