12 Best Things to Do in Romania 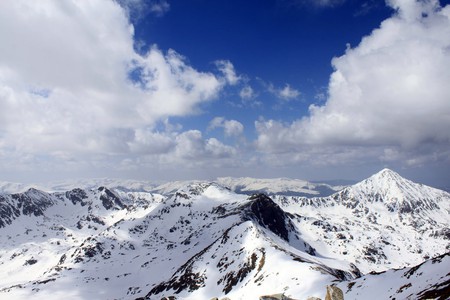 For Romania, the keyword is diversity. Due to the surprising variety of attractions, from the spectacular nature and rich wildlife to many cultural attractions, a visit to Romania has plenty to offer. Here are 12 of the best things to see and do to start you off.

Romania has a wealth of architectural styles, that reference different ages, sometimes with new and old buildings co-existing on the same street in an uneasy balance. At the crossroad of different cultures pertaining to two major cultural spaces, the country’s unique history is very well reflected in its architecture, so any trip or stroll has the potential to uncover a piece of European history. Moreover, during modern times, Western styles found an echo in the country, a very receptive and fertile ground, particularly during the interwar period. 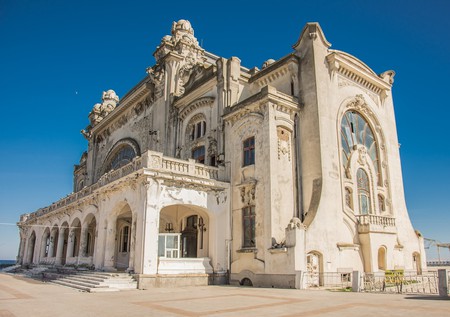 Romania is home to an impressive number of castles, citadels and fortresses. Pertaining to different eras, they were built for different purposes and bear different characteristics. Peleş Castle, one of the most charming castles in Europe, Bran Castle, the picturesque mythical dwelling of Count Dracula and Corvin Castle, the Gothic structure seemingly just out a Game of Thrones episode are all must visits, not to mention the many other unsung chateaus spread around the country. 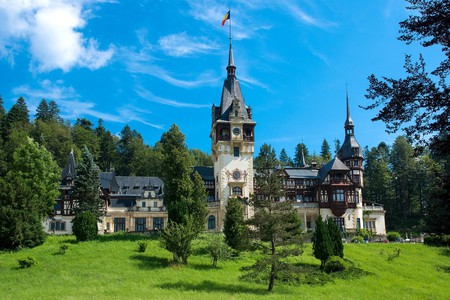 Relish in the cuisine

Hearty, focused on taste and without fuss, and an unmistakable homemade feel, Romanian cuisine is full of comfort dishes, from starters to the main course to the rich desserts. National dishes sarmale, served with the staple dish mămăligă, mititei and papanaşi, a type of creamy doughnut served drowned in heavy cream and topped with berry jams, are just some of the culinary attractions awaiting even more international recognition.

Hike in the mountains

The Carpathian Mountains are spectacular and there’s no better way to enjoy the scenery than by hiking. Immerse yourself in nature by picking among the many hiking trails available for both beginners and experts, and you’ll discover spectacular glacial lakes and waterfalls, while reconnecting with nature. A snack consisting of blueberries or strawberries is also sometimes available, in the summer months.

Romania is, according to EU standards, the country with the biggest biodiversity in the bloc. Home to the largest population of brown bears on the continent, Romania is also very well represented when it comes to wolves, deer, chamois and more. Of late, the European bison, the largest and heaviest land animal on the continent, has been reintroduced to Romania’s forests in several reservations and the population is thriving. And if birds are what you’re after, the Danube Delta, the best preserved and second largest in Europe, is the ultimate birdwatchers’ paradise, especially during migration season.

Romania is constantly ranked as one of the cheapest skiing destinations in Europe. With plenty of slopes, the most popular of which is just a two-hour drive away, and beautiful scenery, Romania is a great destination for winter sports lovers.

Sunbathe at the seaside

Romania has 15 seaside resorts at the Black Sea, as well as some exciting wild beaches. Offering practically all types of accommodation, they feature wide, sandy beaches and clear blue waters. Amusingly, the two most popular Romanian black sea resorts, Mamaia and Vama Veche, could not be more different: the first is a party-all-night destination, while the other is a bohemian fishing village. 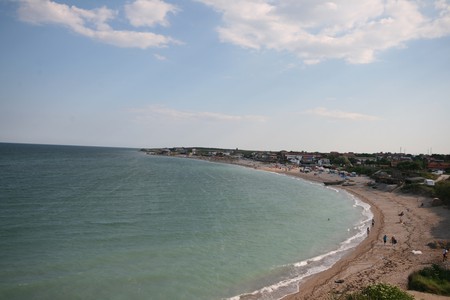 What’s cooler? Riding the Ferris wheel underground or rowing on a boat on an underground salt lake? If you visit Salina Turda, you’ll be able to answer both. A half-hour drive away from Cluj-Napoca, this former salt mine turned amusement park features 1,200 meters of thick salt layers and has a depth of 250 meters. Not to mention, spending time inside is proven to help ease allergies and lung ailments.

What the… this amazing place is actually the world's coolest theme park, believe it or not. It used to be a salt mine from centuries back, when the mining stopped in 1932 it became a cheese storage facility then a bomb shelter during WWII.. and now in an incredible twist… the 400-foot deep Salina Turda salt mine in Romania became an underground theme park. It doesn't look like it but the rugged cave also houses a ferris wheel, bowling alley, rowboats and even a mini golf course… what d'ya say? Lets go! Awesome shot by @gforgarth . . . . . #salinaturda #turda #romania #amusementpark #saltmine #cave #discovertheroad #amazingworld #exploretheworld #travel #trip #wanderlust #travelgram #instatravel #traveling #roadtrips #travelphotography #beautifuldestinations #neverstopexploring #igtravel #instatraveling #exploremore #bucketlist #travelpics #globetrotter #visit #worldplaces #seetheworld #photography #underground

Romania has no less than eight UNESCO world heritage sites, including the painted monasteries of Moldova, the Dacian fortresses of Orăştie Mountains, the fortified churches of Transylvania, the historic centre of Sighișoara and the spectacular Danube Delta.

Romanian villages are the best place to experience genuine hospitality, a long cherished Romanian value. Besides sampling great traditional food made with the best ingredients in the middle of nature, you will also get to know an important part of Romanian culture, such as its customs and traditions.

Visit Romania for one of its festivals and you’ll get the best of everything: discover a new place and meet like-minded people while following your passion. Of late, Cluj-Napoca has taken the lead when it comes to large film festivals, as well as music festivals, such as Untold and Electric Castle. Bucharest remains the capital of classical music though, with some of the world’s great orchestras arriving for a nearly month-long celebration of music, the George Enescu Music Festival.

Party your nights away

With its lively nightlife, Bucharest is becoming one of the party capitals of Eastern Europe. With plenty of bars, cafes and terraces to suit any taste, as well as exciting nightclubs, the Romanian capital has something for everyone.