11 Incredible Forests to Explore in Romania 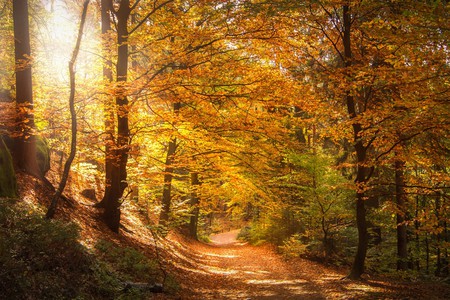 Romania shelters some amazing natural wonders, awe-inspiring places that will astonish even the seasoned traveller. From the peaceful Danube Delta to fantastic waterfalls to breathtaking scenery scattered all over the Carpathians, the country is a true paradise for nature lovers. Romania has the widest and best preserved virgin forests in Europe, sheltering centuries-old trees and creating fairytale décors. Discover some of Romania’s extraordinary forests.

One of the most beautiful forests of Romania, Cozia Forest is a surprising gem of nature. Sprinkled with high trees whose roots seem to extend endlessly and dry leaves that form a natural carpet, the place seems to come alive in the visitor’s eye. Beech, oak,and birch trees create a natural shelter for the precious fauna and flora. You can discover it by following the marked trail that goes from Turnu Monastery to Cozia Chalet through the wondrous forest.

One of Romania’s virgin forests and among the last of Europe, the Nera Springs Forest is an impressive expanse of beech trees filled with serenity, part of the Cheile Nerei-Beușnița Natural Reserve. Old and young beech trees, some more than 50 meters tall and more than 1.3 meters in diameter, blend in picturesque woods. Impressive trees, fluffy moss, colourful mushrooms and small mountain rivers that flow through the forest create marvellous scenes of wild nature.

The Secular Forest of Sinca

A virgin forest where there are trees more than 500 years old, the forest of Sinca houses the tallest fir tree of Romania, measuring 62.5 meters and having a trunk with a diameter of three meters. Monumental trees of all ages adorn the forest, in an environment untouched by humans, where plants and animals live in harmony – a place to be explored admired and protected.

In the Danube Delta, you can explore the northernmost subtropical woodland of Europe, the Letea Forest. Alternating forest strips and sand dunes, the Letea Forest is peerless. Harbouring around 500 species of plants and more than 3,000 species of animals, Letea is the oldest reservation of Romania. Among poplars, beeches, oaks and willows, you can see lianas hanging from the trees or curled around their trunks, more than ten species of orchids, wild horses grazing or wandering around and the only mangrove reservation in Europe.

In the village of Crișan, placed in the heart of the Danube Delta, lies the Caraorman Forest. Imposing oak trees have grown out of the sand dunes, some being more than 400 years old. The most interesting one is the ‘kneeling oak’, an old tree whose branches reach the earth, like an elderly than cannot sustain himself only on its trunk. Standing by its side are ashes, poplars and shrubs, as well as a multitude of clinging and climbing and plants as wild vines, ivy and hops. Next to it, you can see the tallest sand dunes in the country.

Romania’s forests can go from picturesque to fairytale to unusual. If you like out-of-the-ordinary places, then take a walk in the ‘World’s Most Haunted Forest’. Placed near Cluj-Napoca, the Hoia Baciu Forest is home to some twisted trees, unusual phenomena, odd voices and whispers and strange shadows. Moreover, one of the forest’s clearings is a dead vegetation zone, a circle of land where nothing grows. But the event that made it internationally known happened in the 1960s when biologist Alexandru Sift captured a flying disc-shaped object. A creepy forest to discover, it’s for the brave ones.

One of my favourite days I've had since we've been travelling through Europe. We visited Hoia Baciu forest, known as the most haunted forest in the world due to paranormal activities being recorded for many years, and strange disappearances of local people and visitors to the forest. It is characterised by the bizarre ways in which the trees grow, but it is, as we found out, also extremely beautiful 🍃 When we arrived at an entrance to the forest by taxi, there was a big dog there, who we named Badger, and he walked with us throughout our whole 2 hour wander in the forest. We tried numerous time to get him to leave us when we came close to farms (where each has a lot of guard dogs/farmers protecting their livestock) but he refused, and as we walked another dog joined us. When we sat down in a gorgeous clearing for lunch they lay around us and guarded us, barking manically at any noise they heard or any movement they saw. When we returned to the entrance, he had gone back into the forest. Was a little weird but also such a great memory, and they were such adorable puppies! The forest itself is absolutely stunning, if you can forget about its scary reputation! 🌿🐶👽 #clujnapoca #hoiabaciuforest #haunted #forest #woodland #romania #strangetrees #supernatural #ufo #eurotrip #eurotravel #instatravel #mytravel #interrail #transylvania #easterneurope #legends #bizarre #unexplained #hauntings #scary #nature #beautiful #backpacking #backpackers

A place of myths, the Boldu-Crețeasca forest, situated near Bucharest, is supposedly a place filled with sorcery. In the forest, in the place called ‘Witches’ Pond’, every year before the Sanziene, witches would gather to perform their rituals. But what is truly strange is that the small lake never widens, never dries and is affected neither by rain nor by drought. A mysterious forest and a land of magic.

Near the Village of Aluniș, in Buzău County, a mystical forest shelters unique cave settlements. Why unique? Because these caves have been used as a hermitage, a site of worship used thousands of years ago. Even in the 19th century, monks and hermits still used the caves as places to pray and live, far from the outer world. Inside, icons and crosses are painted on the walls, and some say that there is something magnetic and mystical about them that lures the visitor, transposing one into another world. Similar caves can be visited near the villages of Colți and Nucu, both surrounded by forested areas.

Spreading over 8,500 hectares (21,003 acres), Bogății Forest is part of a natural reservation in the Perșani Mountains, having a very diverse fauna and eight types of natural habitats. One of the most remarkable forests in the country, Bogății Forest boasts dramatic beech, oak and hornbeam that serves also as a refuge for bears, foxes, wolves, boars, deer and other wild animals. Among the trees, small bushes, low stature trees and herbaceous species create a rich vegetation. While you might be tempted to get lost in it, it’s advisable to follow the marked paths. You can also admire it while taking the road that binds Brașov with Sighișoara.

The oldest forest in the country, Mociar Forest is located near the city of Reghin, on a marshy soil. Oak trees more than 500 years old, with massive trunks, dominate the landscape. Among them, ash, hornbeam and poplars fight for their own space. Home for boars, deer, foxes, rabbits as well as numerous birds, the secular forest looks untamed, untouched by the humans, a gathering of old giants that have fallen asleep, separated by small rivers that flow around them.

Part of Cozia National Park, Călinești-Brezoi forest is a natural reserve situated in the Lotrului Mountains, north of the city of Brezoi. On a varied relief of rocks, groves, valleys and meadows, beech and oak trees, as well as an array of endemic species such as dianthus (dianthus caryophyllus), sânziana, Lady’s Bedstraw flowers (galium verum) and wild thyme (thymus serpyllum) have grown, creating a charming forest.