11 Great Romanian Novels You Should Read 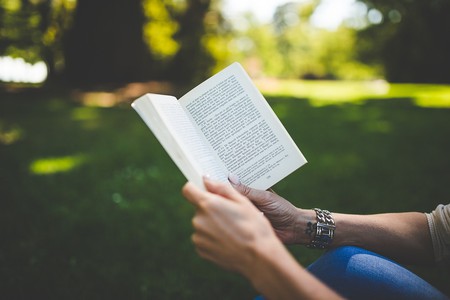 The effects of Romania’s turbulent history are ever present in its citizens’ lives. Throughout Romanian literature, profound experiences from this history are represented with love, growth and loss that transcend time and space. If you are curious about Romania, these great novels will introduce you to its history and social discourse with entertaining characters and unforgettable plots.

The Hunger Angel, written by Nobel laureate Herta Müller, follows the journey of seventeen-year-old Leo Auberg. Leo is deported to a camp in the Soviet Union in 1945; being trapped in a closed setting, he can only travel inwards. The reader witnesses the struggles and depths of the man’s soul. ‘I was all too aware that there’s an unspoken law that you should never start to cry if you have too many reasons to do so’, Leo tells himself while Hunger becomes both an insatiable companion and his rawest link to life. The author uses poetry and a dispassionate voice to convey the absurdity of living in a labour camp. The result is a compelling and memorable read.

Musics and Tricks by Ovidiu Verdeş (2000)

Musics and Tricks is the unpretentious story of a teenager living in Bucharest in the 1970s. The young man’s life is controlled by forces that constitute the existence of teenagers everywhere: friendships, the desire to be cool, experimentation and the opposite sex. Often described as the Romanian version of Salinger’s Catcher in the Rye, the novel created a stir among the most conservative of citizens when it was added to the curriculum. Written in what can be described as the opposite of typical literary Romanian language, it is full of slang and has a subversive way of turning a mirror on a conventional society.

Set at the end of the nineteenth century, this novel touches on some of the mysterious happenings that took place during the 13 days between December 19 and 31, 1897. During preparations for the holiday, Bucharest (a top protagonist in Romania’s belle époque) became the site for extraordinary events. Two men make a discovery that involves several characters, who are pillars of the community. Chaos ensues as everyone tries to re-establish order.

Essentially a journal – the events are chronicled by Iulia Margulis, the young and well-educated daughter of a doctor – the story is part detective story, part historic novel. A historian and academic, Ioana Pârvulescu captures the habits and moods of the time and brings to life authentic characters, such as coachmen, doormen and figures of the underworld.

The Forbidden Forest by Mircea Eliade (1955)

The Forbidden Forest, one of the most popular novels in Romanian literature, follows the life of a public servant named Stefan, who works at the Ministry of the Economy. Stefan embarks on a spiritual quest after meeting a beautiful and mysterious woman, Ileana, at a midsummer celebration. He becomes torn between his love for his wife, Ioana, and his lust for this new mistress.

Set between 1936 and 1948 in Bucharest (as well as other European cities), the story allows religious historian Mircea Eliade to illustrate some of his favourite themes: the juxtaposition between the sacred and the profane, and the importance of initiation rites.

Set in a small town, Little Fingers starts off with an excavation near a Roman fort. Soon locals discover a mass grave of human bodies whose provenience are indecipherable. The mystery and suspense heightens when someone notices that finger bones disappear from the bodies each night.

Elsewhere, in the mountains, a monk hears the confessions of a partisan, who plans to topple the Communist government with subversive actions. Add to all this a visit from a colourful team of Argentinean anthropologists, who descend upon the city; and what story would be complete without a love story? Former Deutsche Welle correspondent, Filip Florian really outdid himself with his book, which was met with excellent reviews.

Recognized as having the same calibre of writing as Proust and Kafka, Max Blecher was only 28 when he published this book; it was published shortly before his death. Adventures in Immediate Irreality chronicles Blecher’s life, as well as his journey toward death. The book is written with intelligence and sensitivity, both defying and succumbing to life’s absurdity. Hyper aware of the inevitable outcome, Blecher vividly records every transformation in his body, no matter how morbid, slowly dissolving his identity in the process. He writes, ‘When I stare at a ﬁxed point on the wall for a long time, it sometimes happens that I no longer know who I am or where I am. Then I feel my absence of identity from a distance as if I had become, for a moment, a complete stranger. With equal force, this abstract character and my real self struggle to win my conviction’.

Solenoid, a term used to describe a helical coil, is the latest novel by Mircea Cărtărescu, who is considered to be one of the greatest contemporary Romanian authors. At over 800 pages, the novel is presented as the manuscript of a failed writer, who works as a Romanian language teacher at an elementary school in Bucharest. Because he hates his job, he dreams about finding a way to escape the confinements of his body and find refuge in the fourth dimension. Due to its size, complexity and deep layers of narrative, Solenoid is hailed as the best novel by Cărtărescu, who has a steady following both in Romania and abroad.

The Girl from the Wagon House by Ana Maria Sandu (2006)

The Girl from the Wagon House is a tale of melancholy and sorrow. Divided into three parts, it first introduces the reader to Ileana’s world. Ileana is a little girl whose childhood is full of instances that evade her power of understanding; in her ignorance, she sees life as a series of miracles.

The second part, recounted by Ina, Ileana’s daughter, pieces together the life of the woman Ileana later became, from her unhappy marriage to her suicide. In the latter part, Ileana herself, now in high school, tells readers the story of how she and her violent husband, Stefan, met at the Romanian seaside.

Bengal Nights, published in Romanian under the name Maitreyi, recounts in a fictionalised manner the forbidden love between the author himself and the protégée of the Bengali poet Rabindranath Tagore, Maitreyi Devi. In the novel, Allan, an expat living in India, is an employee in a company run by Narendra Sen. After he falls ill with malaria, Allan is admitted to a hospital. Upon discharge, he gets invited to the house of the company’s engineer. There he meets and falls hopelessly in love with his host’s daughter, Maitreyi.

At 83 years old, Nora Iuga is one of the freshest and youngest voices in Romanian contemporary literature. In her writing, themes like eroticism, death and literature combine to create a highly original mix. In The Sixty-Year-Old Woman and the Young Man, she reflects on the transformations that take place once a woman slips into old age with lucidity and sensuality.

Happy Birthday to #noraiuga, one of my favourite #romanianwriters , who turns 86 today. Celebrated for her surrealist #poetry and her excellent #prose, she is also a prize-winning #translator. I am #currentlyreading and tremendously enjoying #sexagenarasitanarul , her beautifully written autobiographical novel. Unfortunately, I don't think it has been translated in English yet, but perhaps you can read it in French, German, Italian or Spanish. #lasexagénaireetlejeunehomme #diesechzigjährigeundderjungemann #lasessantenneeilgiovanne #lasexagenariayeljoven

A fresh and highly original story full of humour, How I Spent My Summer Holiday is a 10-year-old’s school essay turned novel. As young Luca is determined to write a better essay than his rival, Miruna, what starts as a homework assignment turns into an account of a dysfunctional family. The neglect and mistreatment that Luca describes illustrate contemporary Romanian society.