10 Romanian Films to Help You Understand Its Communist History 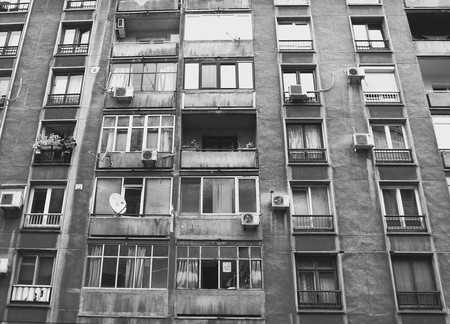 Twenty-eight years after the fall of Communism in Romania, the consequences of the rigid regime are still perceptible on the country’s population. For decades, the Romanians were not able to freely express themselves; they had to obey the Communist rule, without questioning. Nowadays, the life during the Communist era represents a great subject for documentaries, guided tours, debates, and movies. Here you have a list of the Romanian movies that managed to brilliantly capture the everyday life of the Romanians in Communist times.

The Death of Mister Lazarescu

The Death of Mister Lazarescu is a Romanian dark comedy directed by Cristi Puiu, classified in 2017 by the New York Times as one of the “Best films of the 21st Century so far.” The story reveals the poor quality of medical services in Romania during communist times.

The main character of the movie is Mister Lazarescu, an old man that spends his entire time home with his cats. Suddenly, he gets ill and starts asking around for a treatment. As his condition gets worse quickly, an ambulance arrives. However, the hospitals seem to be overflowing, lacking funds and staff, and he is sent from one unit to another. But as time passes, his health is fast deteriorating. The outcome of the situation presents the incapacity of an austere medical system to respond to its patients’ illness.

Tales from the Golden Age

Tales from the Golden Age is an omnibus film that showcases urban myths through black humor and short stories. Both comic and peculiar, the different vignettes follow twisted logic happenings: a communist party activist that blindly follows the party’s rules without actually knowing them, an inspector that travels to a Romanian city to inspect if the locals are ready to receive Ceausescu, without knowing if the Romanian leader will visit or not. The aim is to display the absurdities that Romanians bore under the communist rule in a humorous way that caricatures the regime.

The movie was screened as part of the “Un Certain Regard” section at the 2009 Cannes Film Festival.

4 Months, 3 Weeks and 2 Days is an extraordinary drama-thriller directed by Cannes winning director Cristian Mungiu. In a time when abortion was outlawed by Nicolae Ceausescu, a young pregnant girl seeks solutions to abort.

The two main characters are two students in their 20s: Otilia and Gabriela. When Gabriela gets pregnant, Otilia volunteers to help her get well through the illegal abortion. From finding the right doctor to renting the hotel room, Otilia takes all in charge for her girlfriend. But the two become horrified when they sit alone with the doctor, Mister Bebe, in a poor hotel room, realizing the real stakes of their situation. The scenes are surprisingly realistic, capturing a horrifying experience related in every subtle detail, having a startling effect on the viewer.

A 2008 movie that mixes drama with comedy, Silent Wedding is a remarkable piece depicting the absurd rules of the Stalinist dictatorship and its repercussions on the local communities. The film presents a young couple’s marriage interrupted by Joseph Stalin’s death in 1953. Because of the Russian leader’s passing, celebrations are forbidden and a seven days mourning period is decreed. Not wanting to waste all the food and the arrangements made, the young couple decides to transform their party into a silent wedding: the musicians mime music, the guests are whispering, and the windows are covered with thick curtains; only that what starts with a celebration ends tragically, with the wedding guests deported in Siberia.

The outstanding movie won the Romanian Union of Filmmakers Award for Best Cinematography and Best Sound in 2008.

The Way I Spent the End of the World

A debut for filmmaker Catalin Mitulescu, The Way I Spent the End of the World is a 2006 Cannes Winning feature-length film. The action is placed during the last years of the Ceausescu’s dictatorship and focuses on the people’s will to end or to escape the regime.

Lilu and Eva, a brother and sister living in Bucharest, are planning to put an end to their miserable way of life under the communist rule. While Eva plans to flee to Italy, Lilu subscribes for a children’s choir arranged to sing for Ceausescu, hoping that this will be an opportunity to kill the leader, thinking that “Everyone will be happy.” At the opposite end stands their mother, trying to develop a connection with the Party’s members through her daughter’s relationship. The movie is ironic, realistic, and entertaining at the same time, showing people’s resilience against the life’s distress under the regime.

A weird but humorous piece, 12:08 East of Bucharest directed by Corneliu Porumboiu is questioning the Romanian Revolution, highlighting the different facets of collective memory. The title is placing the movie in time, 12:08, the moment when the communist dictator fleed Bucharest by helicopter, and place, “East of Bucharest,” more precisely, in the city of Vaslui. The central questions of the movie are: “Did Vaslui have any part in the 1989 revolution?” and whether the people got out in the streets before or after Ceausescu tried to run away.

A retired man, a history teacher, and the owner of a local television program debate the revolution during a TV show. As neither of the three agrees on what actually happened, their speeches become sometimes confusing and absurd, creating the comic of the discerning act.

Can movies change the mindset of a population? In a period when Western films were banned in Romania, the black market for American movies was flourishing. Undercover film screenings gathered multiple families who watched foreign movies, fascinated by a world that was completely different from theirs. The Chuck Norris vs Communism film’s director, Ilinca Calugareanu, who used to double the movies during Communist times, takes the question further, using it as an argument that movie watching helped lead to the overthrow of the Communist regime. Original re-enactment and interviews with people who attended the undercover screenings show how films can be eye-opening and change one’s perception.

The film was recommended by famous actors like Tom Hanks, who wrote on his official Facebook page on June 2016 “See this documentary. The power of film! To change the world!”

The Great Communist Bank Robbery re-tells the story of Romania’s biggest theft. Former members of the communist party and the secret police were caught trying to seal from the National Bank. The 2004 film directed by Alexandru Solomon is rooted in the 1959 event. Once caught, the thieves were forced by the state to act in the reconstitution of the crime and investigation of their own misdemeanor. The result was a propagandistic and dismaying film: The Reconstitution. The 1959 movie ends with the robber’s condemnation and execution.

Solomon’s anthology film is based on secret police members’ interviews regarding the treatment that the thieves got in order to confess the truth. But the movie raised questions about whether was this an act of justice or just a planned trickery of the communists.

I Am an Old Communist Hag

I Am an Old Communist Hag is a brilliant nostalgia film directed by Stere Gulea. The film reveals the post-communist wistful, the people who think that life was better under the communist rule. The main character is Emilia, a middle-aged woman who receives a visit from her daughter, living for 10 years in America. But her visit doesn’t bring only joy but also nourishes Emilia’s reflections about the changes that occurred in Romania after the fall of the Communist regime. Already known in the neighborhood for his communism nostalgia, Emilia evokes the benefices of the life before 1989. The movie presents a current reality, Emilia being the archetype of a longing generation that prefers communism to capitalism.

7 Words is a moving documentary that captures the dramatic story of Gheorghe Calciu, a medicine student and priest who spent 21 years in the Communist prisons. The film retraces its story and the horrors that he bore while being held in the dark cells of Communist jails. Imprisoned in 1948, he is subjected to a “reeducation process,” but his faith keeps him alive and helps him bear the tortures of the Communist prison. Once out of jail, he holds a speech in Bucharest called “Seven words dedicated to young people,” a talk that gets him a death condemnation and finally an exile in the United States.

The documentary is based on the testimonies of 30 people that knew the priest Gheorghe Calciu and what he suffered, creating an impressive witness-movie of what those who dared to freely express their thoughts had to endure during Communism.