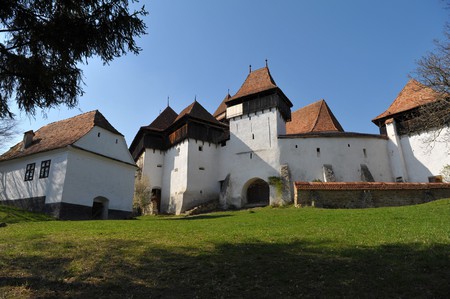 In the multicultural region of Transylvania, Romanians, Saxons and Hungarians lived together for centuries, shaping the history and the architecture of this fairy-tale land. Leaving a remarkable heritage in Transylvania’s territory, the Saxon inheritance can be traced through tremendous citadels and out-of-the-ordinary fortified churches that the Saxons built over the centuries. Nowadays, they attract travellers with their magical stories, beautiful architecture and the few, lovely Saxons left. Here’s why they are fascinating.

The Saxons arrived in Transylvania in the 12th and 13th centuries, from the Rhin and Moselle rivers regions. Called upon by the rulers of the Hungarian Kingdom, they had the role of protecting the southern border of the kingdom. They settled in Transylvania and formed compact communities, living in the cities and villages of the region. The fortified Gothic churches and the citadels they built form today an amazing heritage, standing as proof of Saxon mastery. 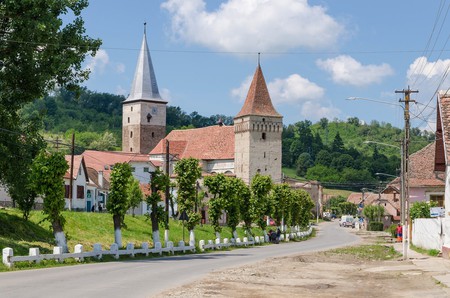 In 850 years, the times that the Saxons lived on the territory of Transylvania, they erected almost 200 fortifications, scattered throughout southern Transylvania. But the true wonders of their workmanship are seven citadels, which developed in times of flourishing trade centres between the oriental and the western worlds. Transylvania’s German name, Siebenburgen, meaning ‘the seven citadels’, reminds of the times when the Saxons lived there: Bistriţa (Bistritz), Braşov (Kronstadt), Cluj (Klausenburg), Mediaş (Mediasch), Sebes (Mühlbach), Sibiu (Hermannstadt) and Sighişoara (Schassburg). 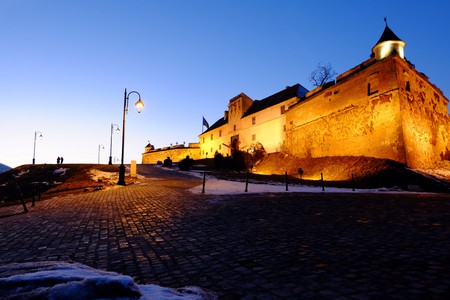 From churches to fortresses

Dotted around southern Transylvania, lay more than 100 Saxon villages. Each village is adorned with a majestically fortified church, a unique heritage of the Saxon population. These had both a religious and a military role and together they form one of the densest fortification systems preserved in Europe.

Yet while they are all called ‘fortified churches’, they are divided into three different categories: churches containing defensive elements, like a tower transformed into a donjon, walls provided with loopholes, or watch-roads provided with holes used to throw tar on the invaders, like those in Cloasterf, Seica Mare and Seica Mica; churches surrounded by fortified walls, like those in Prejmer and Harman; fortress-churches, which are a combination between the two, having both a fortified church and ramparts, like those in Rotbav, Dealu Frumos, Valea Viilor and Cristian. 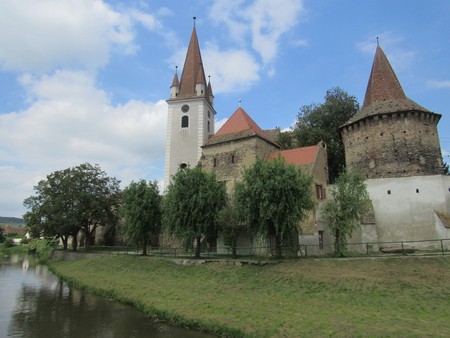 Pejmer and its shelter rooms

Prejmer is the largest fortified church in southeastern Europe and among the most impressive Saxon citadels. The church is surrounded by walls 12 meters (40 feet) high and four meters (10 feet) thick. Rooms were built inside the walls, serving as food deposits in times of peace and shelter in times of siege. Each family in the village had a designated room inside the citadel, marked with the number of the family’s house. Moreover, rooms dedicated to school classes were also arranged and the citadel was built so locals could resist inside for several weeks. To transport the food supplies, they used an underground passage. All these helped Prejmer withstand 50 sieges. Today, the citadel stands proudly as an extraordinary heritage of the Transylvanian Saxons. 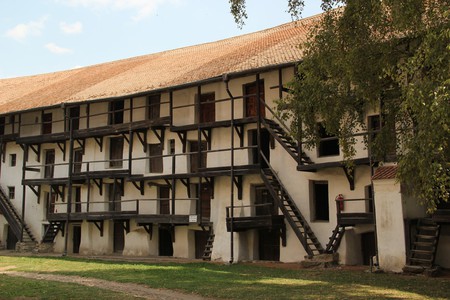 The story of the four turrets

The Saxons’ skills and abilities to build stone fortresses brought them several privileges, including administrative autonomy that, in a Europe of monarchies, was matchless. Among others, they had their own judge – as opposed to other Transylvanian settlements that were subordinated to a royal judge – and the right to apply the capital punishment. This right was portrayed in the citadel’s architecture, with four turrets adorning the roof of the citadel’s church tower—such as in Medias, or the defensive tower like Sibiu’s Clock Tower, or one of the main entrance gates like in Brasov’s Ecaterina Gate. Wherever you see the four turrets, you know that it’s not just an architectural decoration, but a sign that the village or the city had the right of capital judgement. 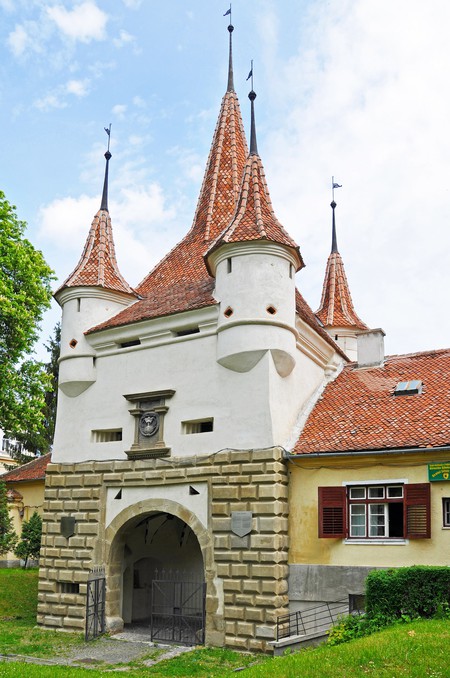 To each tower, a guild

While the thick walls and monumental towers of the Saxon citadels had the main role of protecting their inhabitants, they actually had multiple uses. Inside the bulky walls, the very talented Saxon artisans were organised in guilds, manufacturing daily objects: clothes, shoes, wooden objects, decorations, pots and many others. Their work transformed the citadels into great commercial centers, trading products in all the Hungarian Kingdom, Central Europe and the Middle East. Their workshops were located inside the citadel towers, therefore the craftsman had a double role: to produce according to their guild’s craft in times of peace, and to protect the citadel in times of war. Today, each tower in a Saxon citadel bears the name of the guild that use to work inside it.

Perched on a hill in Sighisoara lays a picturesque Medieval citadel. Erected by the Saxons, this Transylvanian jewel stands today as the best preserved Medieval citadel of Europe. Thick, fortified walls, strong bulwarks and a majestic clock tower protect what used to be one of the most blooming citadels of Transylvania. Today, strikingly beautiful, coloured houses, cobbled streets and handcraft artisans make up its charm. On the last weekend in July, Sighisoara’s Medieval Festival brings back the Medieval Era ambience to the citadel’s streets, with talented artisans, unafraid knights and respectable ladies. If you want to become part of the story, make sure you book your room some months in advance, as the event is very popular among Romanians. 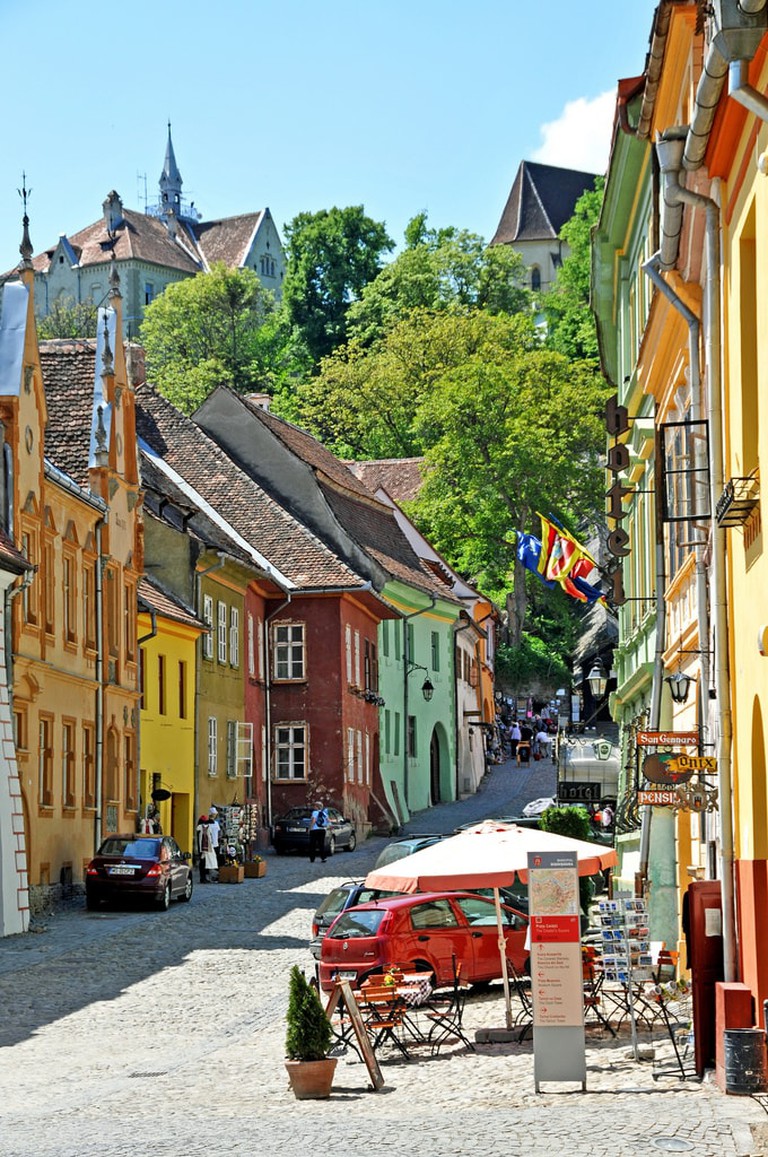 Seven of the Saxon villages housing fortified churches are included on the UNESCO World Heritage Site list, as ‘an outstanding example of a type of building, architectural or technological ensemble or landscape which illustrates a significant stage in human history’. They are representative of the cultural landscapes in southern Transylvania and are defined by ‘a specific land-use system, settlement pattern and organization of the family farmstead’ dating back to the Middle Ages. Their churches stand as architectural representations of architecture from the 13th to the 16th centuries, mainly built in Gothic style.

The UNESCO citadels are to be found in the villages of Biertan, Prejmer, Darjiu, Saschiz, Calnic, Viscri and Valea Viilor. Added to this, the Sighisoara Citadel is also on the UNESCO list, as being ‘an outstanding example of a traditional human settlement’. 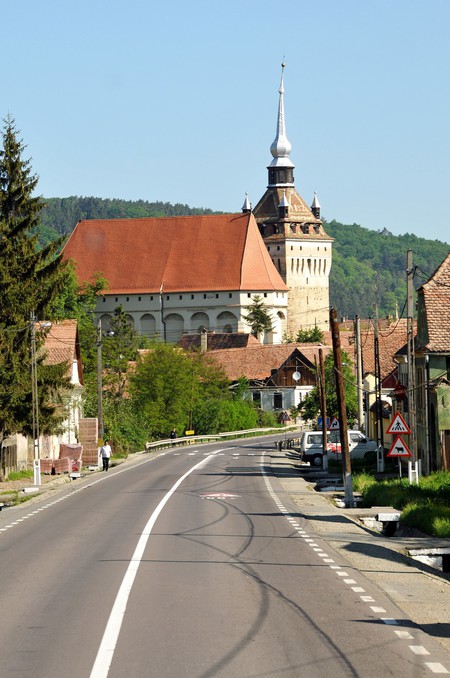 Richis and the last Saxon in the village

In the village of Richis, Mr. Johann Schaas is the beating heart of his home. He guides every visitor inside the fortified church, sprinkling the visit with stories and legends. Seer Schaas, together with his wife, form the only Saxon family left in the village. A charming old man, he narrates tales and anecdotes with enthusiasm and humour. Discover the ‘little devils’ of the church, sculpted mysterious figures with strange faces, how the inhabitants were punished for their sins, or the sacristy’s door that has the most complex closure system in Transylvania, rivalling the one in Biertan. There’s no better way to discover the village and the fortified church than listening to Johann Schaas’ stories and myths. 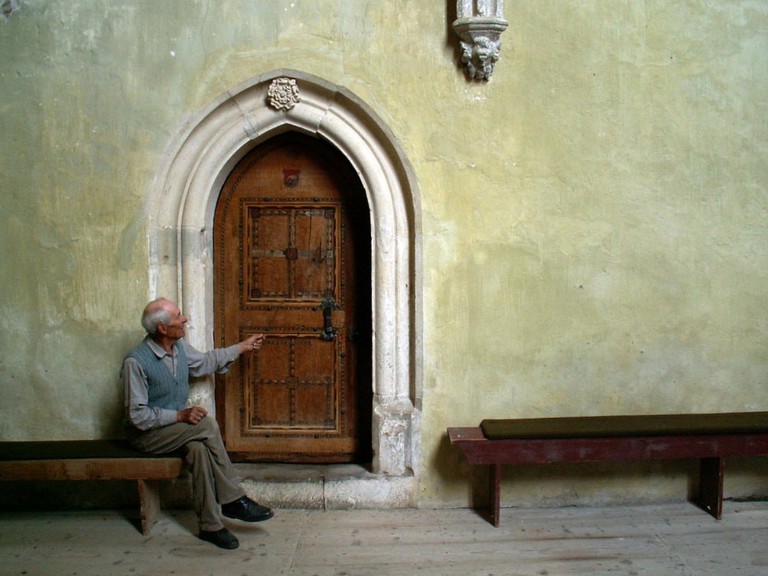 The wonders of Biertan citadel

The fortified church in Biertan is one of the most beautiful and monumental among the fortified churches in southern Transylvania. Perched on a hill, the church is surrounded by three tiers of defensive walls, towers and gates. Yet the medieval stronghold featuring late Gothic architecture is filled with wonders.

Biertan has a remarkable wooden door that serves as an entrance in the sacristy, the place where the priests used to hide during sieges. The door’s locking mechanism is a true marvel of engineering, with 15 bolts that can be simultaneously activated by a key. Its organ is another precious piece, an artwork dating back to 1869, built by a Viennese company. The organ has 1290 pipes and 25 registers that produce mesmerising sounds. Add to these the ‘couple room’. Inside the Prison Tower, there is a room where couples were held if they wanted to divorce. Closed in the room for two weeks, the couple had to share one single bed, one set of cutlery and one plate. In 400 years, only one couple decided afterwards to split. 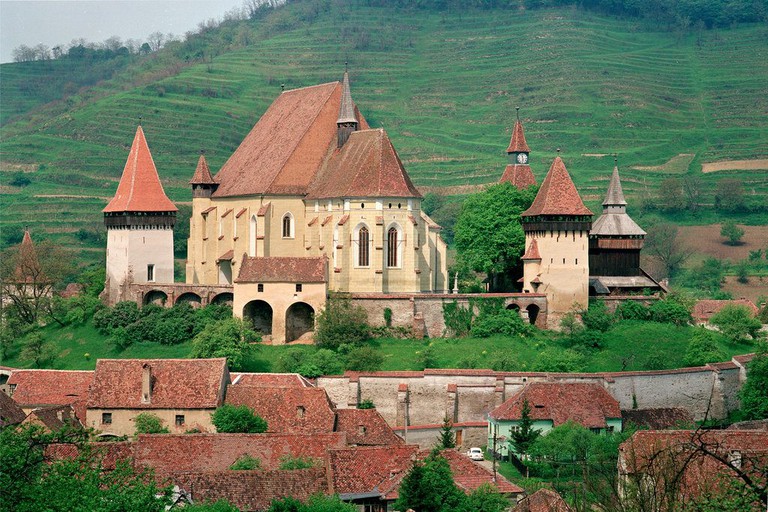