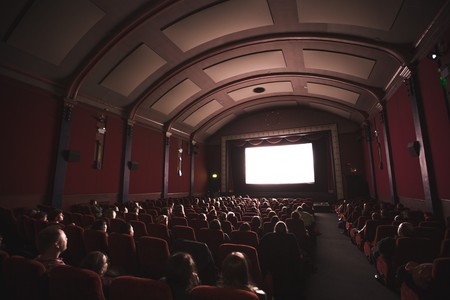 With more and more Romanian films being recognised at film festivals all over the world, and a New Wave of Romanian directors creating fantastic movies, Romanian cinema is taking its rightful place on the international scene. Here are ten stunning independent films for your to-watch list.

A stunning movie directed by Sergiu Ioan Celebidachi, Octav is about childhood memories, first love, and friendship, as portrayed by the main character Octav, an old man who re-lives his youth through reminiscence. Brilliantly acted by Marcel Iureș, Octav reflects on experiences common to every one of us: our memories, our emotions, our experiences. In a world where everything seems to be accelerated, to watch Octav is to pause and think about rediscovering your own soul, your feelings, the poetry of life and the beauty of it. And wondering if you should not take it slower yourself.

A drama-thriller directed by Anca Damian, In Perfect Health tells the story of a young lawyer, Andrei, shattered by the death of his father, Toma, a well-known judge. Not believing in the reasons for his father’s death, he starts his own investigation, a search which in turn uncovers terrible facts. Starring Anghel Damian, this autobiographical movie is inspired by the way Anca Damian’s father died.

What starts as the anniversary of Radu Maligan, a 94 year-old man played by actor Mircea Albulescu, becomes a meeting between generations. Between discussions, debates and fights, the characters paint an intriguing picture of Romanian society, highlighted by the contrast between Radu’s former life as well-known figure during Communism, and his current state as a helpless old man. The gap between generations, beliefs and concepts fuels director Dan Chișu’s drama, touching on subjects as diverse as faith and drug addiction.

After his Golden Bear-winning movie Child’s Pose, Călin Peter Netzer created another masterpiece, Ana, Mon Amour. This complex love story showcases a dysfunctional couple amid family relationships, conveying a tense story. Following the trajectory of Toma and Ana (brilliantly acted by Mircea Postelnicu and Diana Cavallioti), lovers since university, the film sees Toma fight against his family to save Ana from a dramatic destiny. As the years pass though, Toma is outdone by the whole situation and loses control.

In his characteristic style, director Radu Jude unveils another dark page of Romania’s history through his documentary The Dead Nation. Showcasing the Romania of 1936 to 1944, Radu Jude builds his film on Costică Axente’s photo collection, created in a small Romanian town. While photographs are streamed infront of the audience, in the background, audio fragments from radio news of the era alternate with the voice of Radu Jude reading the journal of Emil Dorian, a Jew threatened by the war and the spread of anti-Semitism. A chilling picture of the rise of anti-Semitism and the tragic history of the Jewish community in Romania.

A debut for Sorin Marin, the film Caps is about Radu, a 45-year-old rich and single man who receives unexpected news. A heart attack and a possible heart transplant forces him to take a break from his life as a businessman, sprinkled with corruption and charges, and to depart for a remote area of Romania, in the Danube Delta. But the truly captivating part of the movie is the changing course of events that happen in Radu’s life after his trip.

A film that brought actor Ionut Grama and director Jamil Hendi several prizes, The Visitor is a drama-thriller shot in just 16 days. The story of Luca and Otilia, a couple moving in together, goes from romance to horror when the start of their life together in a rented flat turns unexpectedly. The former tenant of the flat mysteriously disappeared a few months before the couple moved in. Because of a fight, they sleep one night separately. That night, their fate changes: Luca is awakened by Otilia’s scream, but when he goes into the bedroom, his wife has disappeared. Luca begins searching for her and his terror begins.

The movie’s title, Garlic, originally Usturoi, is the name of a rich Gypsy clan living in a remote Transylvanian village. A boy, a member of the Onion clan, wants to run in a big city, trying to get rid of the poverty and help his brother marry the daughter of the wealthy Garlic clan. Accompanied by his Romanian friend, the two boys live an adventure on their road towards what they think is Hollywood. Directed by Lucian Alexandrescu, Usturoi is an authentic comedy shot in marvellous Transylvanian landscapes.

A movie awarded the FIPRESCI prize at the 2016 Cannes Film Festival, and the Transilvania Trophy at the 2016 Transilvania International Film Festival, Dogs is a masterpiece thriller directed by Bogdan Mirică. Roman, played by Dragoș Bucur, is a young man who travels to a remote village in Dobrogea, wanting to sell the land inherited from his grandfather. His intentions are disliked by the smuggler Samir, who tries to stop Roman from selling the land. His journey is sprinkled with odd events, converting a simple act of selling into a whole rollercoaster of events. Bogdan Mirică spices his movie with shocking images, black humour, memorable characters and vivid conversations.

Ciprian Mega wrote and directed this drama about Romanian emigration, creating a touching movie. In a post-communist society, emigration is one if the country’s biggest issues. The Very Last Morning is inspired by the life of the Romanian communities in Cyprus and showcases the story of a young girl, a victim of human traffic networks. A shattering story about prostitution, corruption, fear and indifference.