Top Things To Do in Belém, Lisbon 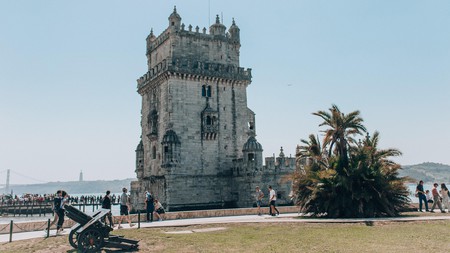 Home to the majestic Mosteiro dos Jerónimos and birthplace of the world-famous pastel de nata, Belém, located west of Lisbon’s city centre, lies right at the heart of Portuguese history. It’s also the site of some of the country’s most important cultural institutions, museums and award-winning restaurants.

It was from here in the 15th century (Portugal’s Age of Discovery), that explorer Vasco da Gama set sail for India, returning with treasures that ultimately funded Belém’s extravagant buildings and went on to build a global empire. Many of those buildings have now become important symbols of Portuguese culture and testaments to its colonial past. But today, Belém is also an essential stop for those interested in understanding modern Portugal: from major cultural institutions to the world-renowned pastel de nata, Belém is, in many ways, still at the heart of it all. Here are Culture Trip’s top things to do in Belém.

Just getting to Belém is an experience in itself, with gorgeous views of the city’s diverse architecture from every angle – and there are plenty of transport options to choose from. Visitors usually hop on Lisbon’s most used tram, the number 15, departing from Praça da Figueira (around a 20-minute journey). But why not take a bus, catch a train from Cais do Sodré station or cycle along Lisbon’s pleasant waterfront bike path? Alternatively, several hop-on, hop-off riverboat services (such as Lisboat and Yellow Boat) can take you from Lisbon’s city centre to Belém in around 45 minutes, with fantastic views of the city along the way. 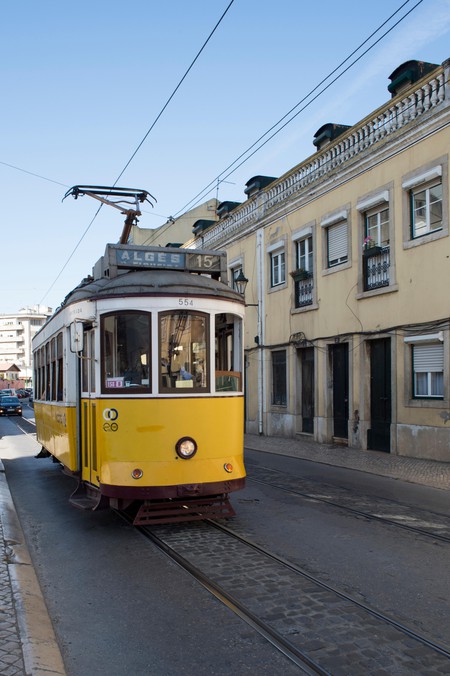 Marvel at the Mosteiro dos Jerónimos

The undisputed highlight of Belém is the Mosteiro dos Jerónimos. Construction of this former monastery began in 1501 and, as designs became increasingly elaborate (fuelled by trade with East Asia), it eventually took nearly a hundred years to complete. Today, it stands as a testament to the prosperity of Lisbon at the height of the Portuguese empire. Check out its impressive cloisters, replete with ornate sculptural details and masterful stonework, and pay your respects to the major historical figures buried here, including Vasco da Gama and celebrated poet Luís de Camões. 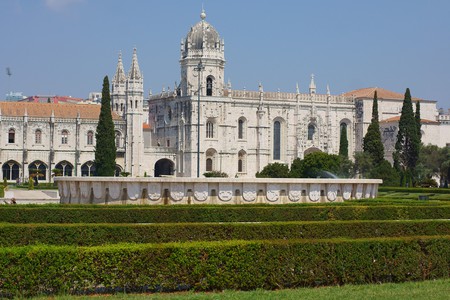 The Torre de Belém was built in the 16th century as a military fortress and ceremonial entrance to the city. And yet, despite its primary function as a defensive structure, the tower’s delicate ornamentation, which includes arcaded windows, intricate sculptures and Moorish-style watchtowers, make it a real architectural marvel. During the high season, entry queues are often exceptionally long, but it’s well worth the wait to explore the tower’s dungeons and spectacular lookout points. 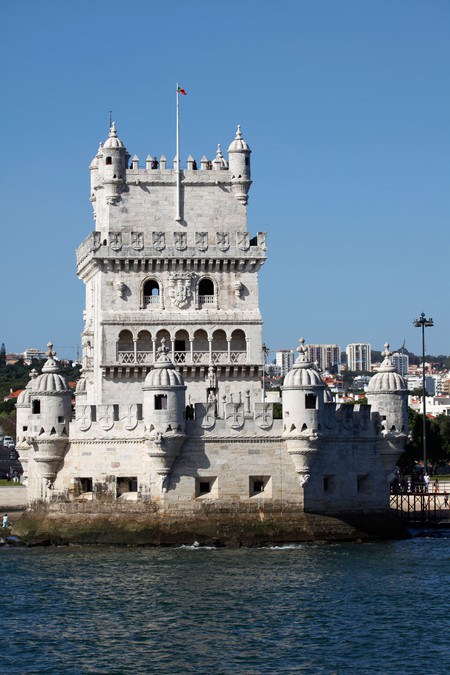 Learn about Portugal’s Age of Discovery

Just a short walk from the Torre de Belém, the more recently constructed Padrão dos Descobrimentos (inaugurated in 1960), celebrates Portugal’s Age of Discovery in the 15th and 16th centuries. This imposing monument depicts 33 historical figures, including Henry the Navigator, Vasco da Gama, Afonso de Albuquerque and Ferdinand Magellan, organiser of the first expedition to circumnavigate the globe. For a small fee, you can take an elevator to the top for panoramic views of Belém and the River Tejo. 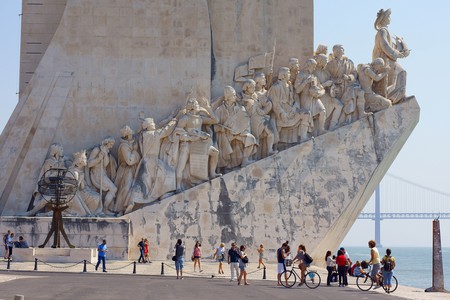 Set sail on the Tejo

A number of Belém-based companies offer boat trips on the River Tejo, perfect for those seeking a little maritime exploration of their own. The going rate varies wildly, from a very reasonable €15 (£13) per person for a 45-minute express tour to upwards of €1,000 (£885) to charter a luxury yacht for the day. Many companies and boat owners advertise their availability in the Doca de Belém or the nearby Doca do Bom Sucesso. 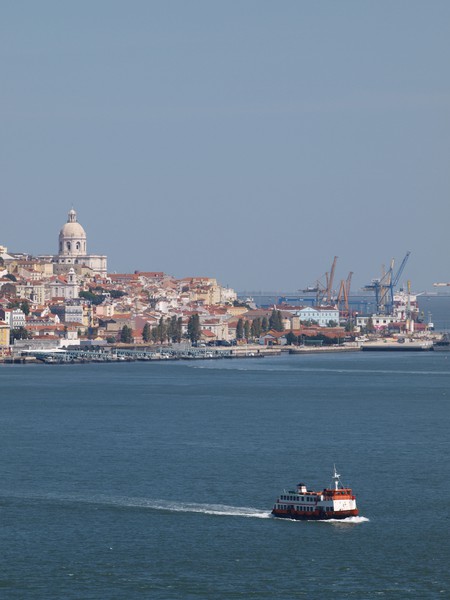 Portugal’s world-renowned custard tarts, or pastéis de nata, were first made by monks at the Mosteiro dos Jerónimos in the 18th century. Since the 1830s, when the monastery was secularised and the recipe was sold, they’ve been made at the nearby family-owned Pastéis de Belém. The original recipe is still in use, and this famous confeitaria now employs well over 100 people to produce an incredible 20,000 of the sweet treats every day. Don’t let the lengthy queues put you off – most visitors get their pastéis to go, so you’ll have one in your hands (and mouth) in no time. 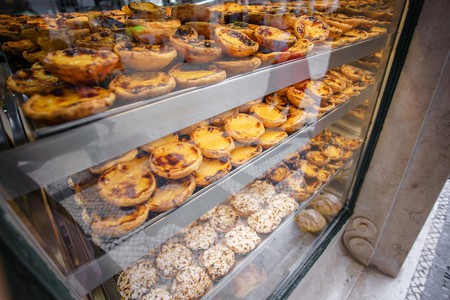 Sample some of Portugal’s best cuisine

It’s not possible to survive on pastéis de nata alone, though, and luckily there are plenty of opportunities to sample great Portuguese cuisine in Belém. Try the elegant (and rather pricey) Feitoria, a Michelin-star restaurant with an innovative menu inspired by Portugal’s Age of Discovery. For something a little more affordable, check out the Taberna dos Ferreiros, with its fresh take on traditional Portuguese cuisine (the pica-pau here is divine). For a quick snack on the go, stop by Pão Pão Queijo Queijo, where freshly prepared sandwiches are best washed down with an ice-cold cerveja. 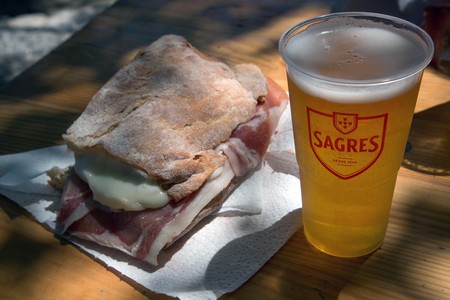 Get your fix of modern and contemporary art

For those in search of cutting-edge contemporary art, Belém is the place to be. The large Centro Cultural de Belém houses a performing arts centre, as well as the Museu Coleção Berardo, an impressive collection of 20th-century art with more than 900 works on display. Just a short walk away, the recently inaugurated Museum of Art, Architecture and Technology (MAAT) is Lisbon’s answer to the Tate Modern and MoMA. With a stunning new building and a diverse programme of exhibitions and events, it has quickly become one of Lisbon’s most exciting institutions for contemporary art. 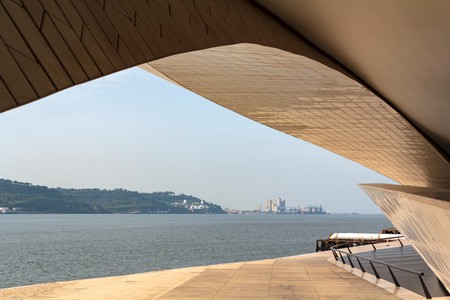 Belém is home to some of Portugal’s best museums. To learn more about the country’s maritime history, check out the Museu de Marinha, hosting an impressive collection of over 17,000 objects including model ships from the Age of Discovery onwards. If ancient history is more your thing, pay a visit to the nearby Museu Nacional de Arqueologia, devoted entirely to ancient art from the Iberian Peninsula. And don’t miss the Museu Nacional dos Coches, one of Portugal’s most-visited attractions; recently relocated to a brand-new building, its enchanting collection includes coaches and carriages dating back to the 17th century. 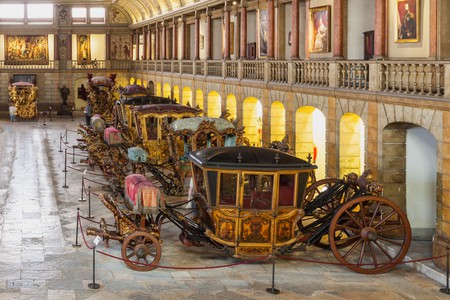 Go for a stroll

A day out in Belém is not complete without a relaxing stroll through its expansive green spaces. Take a wander through the Jardim da Torre de Belém, stop for a picnic in the Jardim da Praça do Império or unwind in the charming Jardim Afonso de Albuquerque. Alternatively, take a walk along Belém’s gorgeous riverfront promenade and enjoy panoramic views of the River Tejo. If you time it right, you can watch the sunset from the roof of the MAAT. 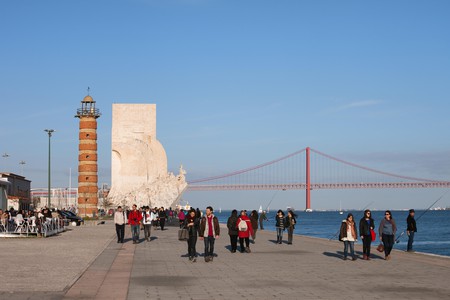