Catch of the Day: The Best Seafood Restaurants in Lisbon, Portugal 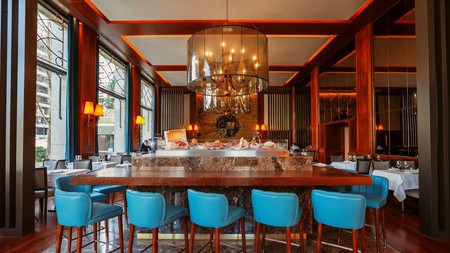 Lisbon offers such a staggering array of delicious seafood that it was enough to convince life-long vegetarian writer Lucy Bryson to become a pescatarian. With added insight from Adelaide Fonseca, chef at acclaimed restaurant Cervejaria Liberdade, this guide catches the best seafood restaurants that Portugal’s capital has to offer.

Those not tempted by this traditional ocean fare will find slick cevicherias, sushi restaurants and posh poké houses sitting happily alongside centuries-old fish restaurants. Adelaide Fonseca, executive chef at Cervejaria Liberdade – the highly rated seafood restaurant at Lisbon’s five-star Tivoli Avenida Hotel – says, “Fish and seafood are kings of Lisbon’s dining scene. Portugal has 800 kilometres of coastline, and with Lisbon being one of its main ports, it’s no surprise that the city has learned to make the most of what the sea has to offer.”

We’ve included some of her top picks alongside Culture Trip favourites. 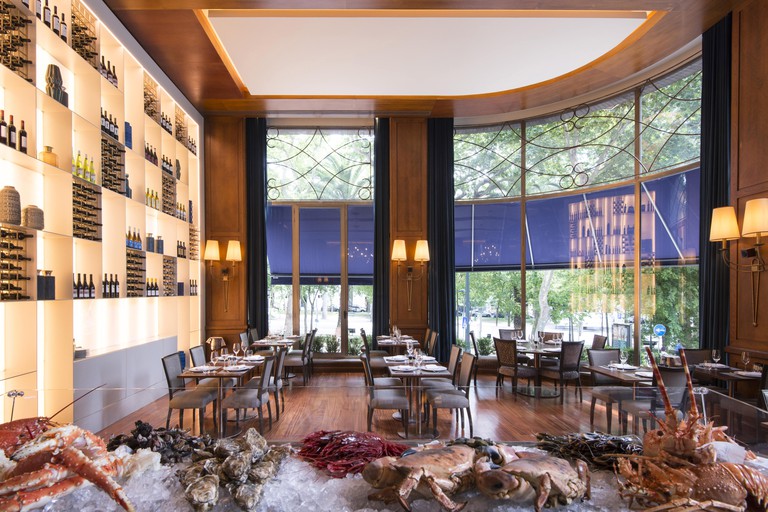 If you want to push the boat out on your seafood adventure, make your way to the rather grand Tivoli Avenida Hotel, where chef Adelaide Fonseca’s passion for seafood is expressed at the in-house restaurant Cervejaria Liberdade. The setting is all Art Deco elegance, the service is attentive, and the seafood is served with a flourish but without fussiness. Fonseca says every seafood lover in Lisbon should try her version of the local speciality Ameijoas à Bulhão Pato (clams cooked with oil, garlic and coriander), which she makes with extra love.

With a location close to Belém’s magnificent Jerónimos Monastery, it’s not surprising that the seafood here, priced by weight, is not the cheapest in town. That locals (including Cristiano Ronaldo) come here despite the cost is testament to its quality. Take your pick from daily catches that feature weird and wonderful beasts of the sea, including enormous snapping lobsters and soft-shell crabs. Alternatively, play it safe and order a fixed-price fish dish or sharing plate of percebes alongside a few cool beers.

This cozy little spot just off the downtown tourist trail in Benfica is highly rated by locals. Prices are well below the average, and the prego (a garlicky beef sandwich, which traditionally rounds off a seafood meal in Lisbon and is affectionately referred to as sobremesa, or dessert) is a strong contender for best in the city. It’s a pretty well-hidden spot, so keep an eye out.

SEA ME – Time Out Market

Chef Fonseca rates this ‘Peixaria Moderna’ among her favourite spots in the city. The Chiado restaurant certainly merits a visit for formal dining (and also doubles as a fishmonger’s), but our tip is to try the branch at the Time Out Market in riverfront Cais do Sodre. Famous for its octopus hot dogs, the branch here is surrounded by competing vendors in a communal food hall, so non-seafood fans can take their pick from alternatives including vegan tapioca pancakes and what many consider to be the best pasteis de nata in Lisbon.

Another of Fonseca’s favourites, this elegant spot is one of relatively few Lisbon restaurants where fish, rather than shellfish, is the real star of the show. Chef Miguel Reino sources his fish directly from Lisbon’s markets each morning, including the deliciously simple grilled sea bass or meaty tuna steak. The restaurant even has its own sailboat, which can be hired out for gastronomic adventures on the River Tagus.

Only a short walk from the hipster drinking and dining goings-on at LX Factory and Village Underground Lisboa, this no-frills seafood restaurant remains pleasantly under the radar. It is accessibly priced, with staff happy to help you decide between the many types of seafood. (Who knew prawns came in so many shapes and sizes?) This is a good bet for either a sit-down meal or a quick seafood snack. 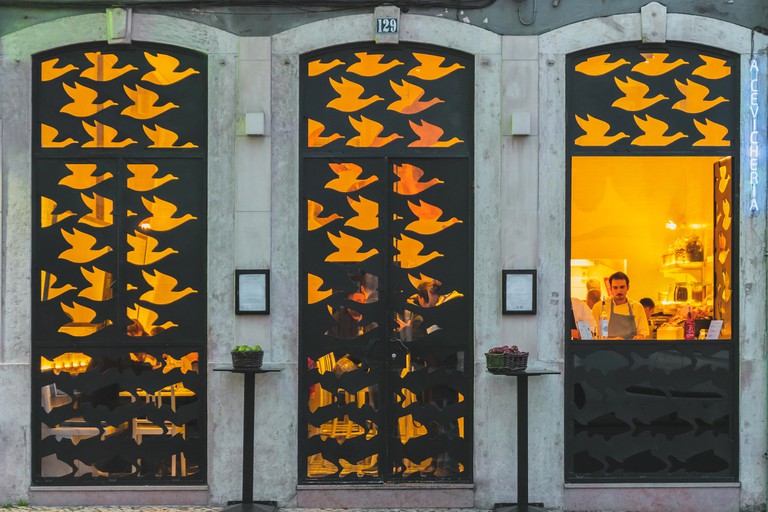 Lisbon’s abundance of fresh seafood gives it a head start when it comes to the flavour of its raw fish dishes. Poké – the colorful Hawaiian cousin of ceviche – has recently emerged as the health-conscious Lisboeta’s fast food of choice. Poké House was one of the first on the scene and has a vegan version alongside the tuna and salmon. Bowls range from €7 to €10 (£6 to £9), and the low-carb crowd can choose to swap out rice for quinoa or arugula.

This family-run seafood restaurant is found a little off the beaten track in Algés. (Hop off the train in the seafront neighborhood of Oeiras, a few minutes’ ride from downtown.) It’s well worth the quick bus or train ride for the camarão de espinho (a native Portuguese prawn that’s small in size but big in flavour) alone. The friendly service and near-perfect pasteis de bacalhau (cod fritters) offer further incentives to visit.

This is an updated version of a story by Sophia Karner.