The Best Places to Try Pastéis de Nata in Lisbon 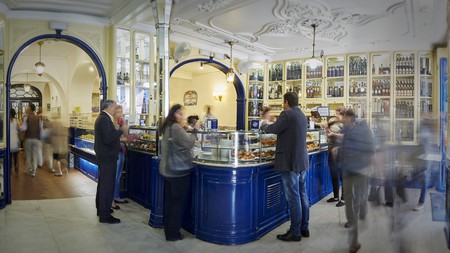 From cosy neighbourhood cafés to chandelier-adorned pastelarias and gluten-free bakeries, here are some of the best pastéis de nata stops in Lisbon. 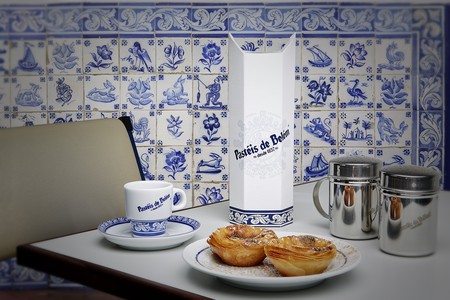 Portugal’s iconic pastel de nata is the jewel in the crown of its culinary reputation. First cooked up by monks in the early 19th century, these sweet and creamy custard tarts are a beloved national favourite, and you’d be hard pressed to find a bad ‘nata’ anywhere in Lisbon. Bakeries and cafés in the city are ubiquitous, but seek out the ‘fabrico próprio‘ stamp for quality in-house delicacies. 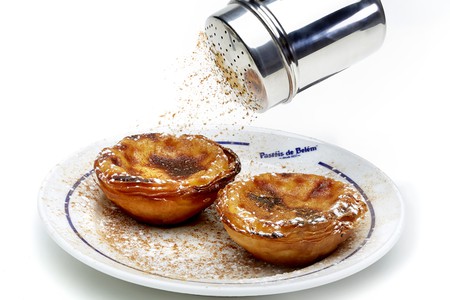 The best pastéis are crafted with just the right amount of sugar and come with a browned top that’s lightly caramelised, but not burnt. A light dusting of cinnamon is optional. Pastéis are best eaten fresh from the oven using a coffee spoon to scoop out the custard (and washed down with said coffee). Warm, cold, plant-based, mini or giant – how will you eat yours?

Don’t be fooled by the name, which translates to ‘the fish market’, because this low-key Portuguese restaurant is home to a prize-winning pastel. Located in the Ajuda neighbourhood of Lisbon, Mercado do Peixe is the 2018 winner of Lisbon’s Best Pastel de Nata, a yearly award for culinary excellence that weighs up the cakes according to dough consistency, filling flavour and other essential markers. With its guaranteed foodie stamp and local charm, make a pastel pitstop here.

If you’re a nata fanatic looking to take your pastel game to the next level, then Pato Real’s supersize tarts (‘natões’) can help you scratch that sugary itch. These giant creamy custardy showstoppers are deliciously large versions of your favourite pastry, and make themselves known in various places across the city. This tasca (typical Portuguese eatery) in Campo Pequeno is a choice place to pull up and fuel up. Pato Real is also a stone’s throw away from the Calouste Gulbenkian Museum, which has the perfect garden for a post-natões stroll. 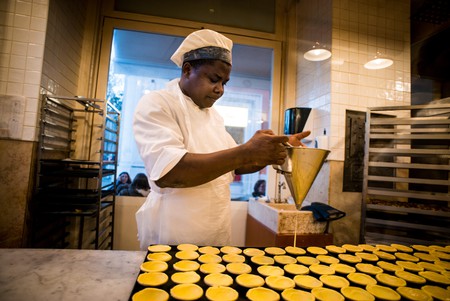 Ever wondered how they get the pastry so flaky, or the nata so gooey? With daily workshops offering enthusiasts the chance to learn the ropes of nata-making, this cooking course and bakery in downtown Lisbon will guide you through the pastel creation process, from making puff pastry to whipping up the delicious filling. An award-winning family-run bakery that uses traditional recipes passed down through generations, at Batalha you’ll be learning (and eating) a sweet slice of history.

Many of Lisbon’s best pastéis de nata can be found in small neighbourhood cafés, but Pastelaria Aloma adds artisanal flair to a star bakery that tips its hat to old Hollywood and takes its name from a 1941 adventure movie, Aloma of the South Seas (there used to be a cinema next door to the café). Step inside the stylish Aloma in Campo de Ourique for your own culinary adventure, and taste a national treasure: Aloma’s pastéis have scored top in blind tastings on more than one occasion, so you know you’re in for a sugary thrill. 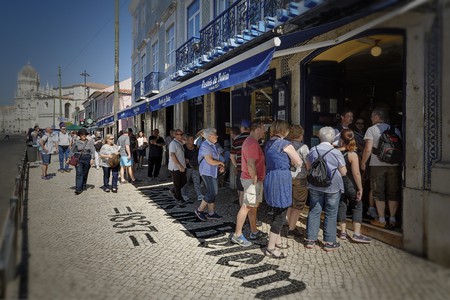 No list would be complete without a visit to where it all started: Pastéis de Belém. Beginning life in an early 19th-century monastery in Belém, this pastelaria first began concocting its “secret recipe” after the liberal revolution of 1820 saw all convents and monasteries in Portugal shut down by 1834. As the story goes, monks began selling sweet pastries in order to survive, and the recipe hasn’t changed since 1837. Fun fact: Pastéis de Belém makes and sells about 20,000 pastries every day.

Zarzuela’s plant-based pastéis de nata are the perfect vegan treat, while this popular, buzzy café – which is located in riverside district Cais do Sodré – also stocks a range of gluten-free and sugar-free sweet and savoury delights. Zarzuela has been cooking up allergy-friendly cakes since 1968 and is officially certified by the Portuguese Celiac Association (APC), so you can rest assured that you’re in trusty, dusty hands.

For an extra special nata eating experience topped with old-fashioned charm, head to the stunning Pastelaria Versailles, and prepare to be dazzled by marble, mirrors and sugar. Dating back to the early 1920s, this chandelier-adorned café is an Art Nouveau wonderland with natas that promise a crunchier bite. Versailles also does a pretty mean hot chocolate, but you may want to sample that another time. 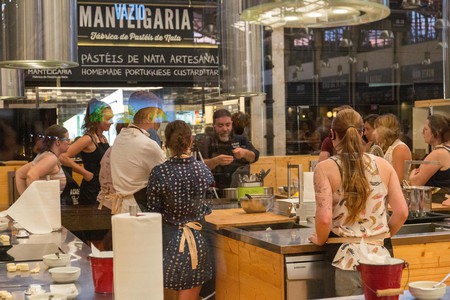 Ask a local where to go for pastéis de nata, and half the time (perhaps more) they will suggest Manteigaria. This nata factory/pastelaria hybrid, located in Bica, lets customers watch the confectionery wizards work their magic from behind the counter while simultaneously indulging in the finished product alongside an espresso. Locals like to swing by in the morning and also in the evenings after dinner (the shop closes around midnight). Plan for a quick bite, or take some on the road because this spot isn’t for hanging out and fills up quickly. There is also a second counter at Time Out Market in the historic Mercado da Ribeira.

Nestled away in the palace and embassy-strewn residential neighbourhood of Lapa-Estrela is Pastelaria Cristal: a small, quiet and cosy café with a big reputation. This unassuming spot is home to a pastel de nata that’s the custard cream of the crop, with melt-in-your-mouth pastry and heavenly custard that will make you feel all warm and fuzzy inside. Cristal is a massive hit with the locals, while also enjoying national recognition. Have yours with uma bica, or a simple espresso shot.