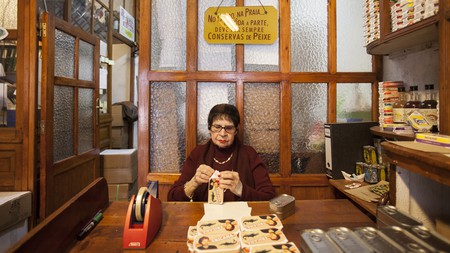 When you think about holiday souvenirs, tinned fish may not be the first thing that springs to mind. But fish tins have become an unlikely tourist favourite in Lisbon, Portugal, where the cans are beautifully designed and the fish is sourced locally.

In the sun-drenched heart of Lisbon, an old-fashioned storefront hides an unusual treasure trove: shelves piled high with brightly coloured tins of canned fish, ready to be gift-wrapped in brown paper and marked with the name of the shop, Conserveira de Lisboa. The store and cannery has been in business since 1930 and draws a mix of customers: loyal Portuguese who’ve been coming in for a long time, locals who have stumbled across the shop and tourists. 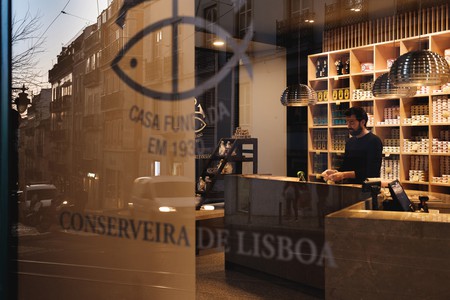 While the customer base has changed through the years, Conserveira de Lisboa has kept its characteristic 1930s shop interior; the store still features its old adverts, and the striking graphic design of the tins has also stayed the same. “I think for a while now, kitsch is back and many brands have maintained their old designs in their packaging. We, for example, did. Not as marketing strategy but because it’s our identity,” says Tiago Cabral Ferreira, who owns the company together with his family. Conserveira de Lisboa sells three brands of its own: Tricana (the name that was given to women who sold fish around the city in Coimbra, where the founder hailed from), Prata do Mar (Silver of the Sea) and Minor (the smaller fish). When it comes to flavours, tourists at Conserveira tend to go for the sardines, while Portuguese customers prefer tuna. 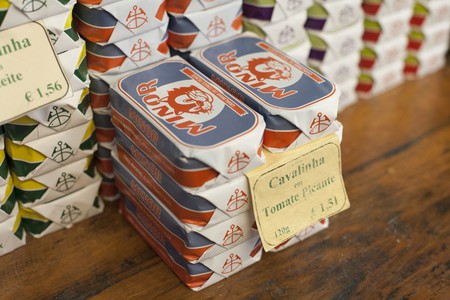 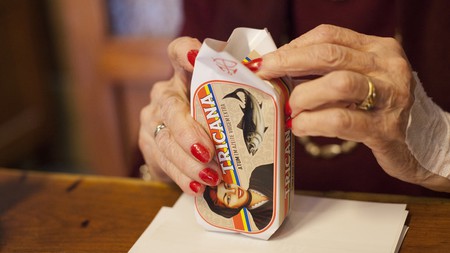 Once thought of as picnic food only, canned fish has become a hot topic among foodies all over the world | © Joana Viana

Victor Vicente, who runs Lisbon restaurant Can the Can, agrees about the importance of the tin graphics: “I think people always admire the old design in the Portuguese canning industry. The old cans were of a stunning beauty and, as fruits of prodigious imagination, they provide a somewhat out-of-the-norm marketing image of the time to which they relate.” At Can the Can, the design of the cans is an important part of the interior: a whole wall is dedicated to the tins, and the restaurant has a huge silver chandelier made of 3,000 empty cans. 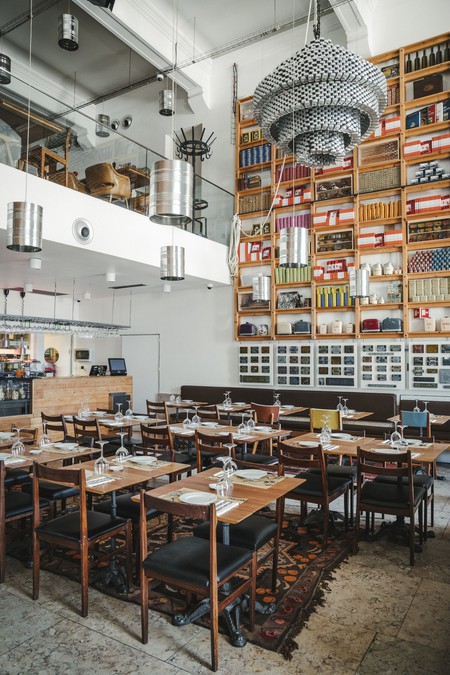 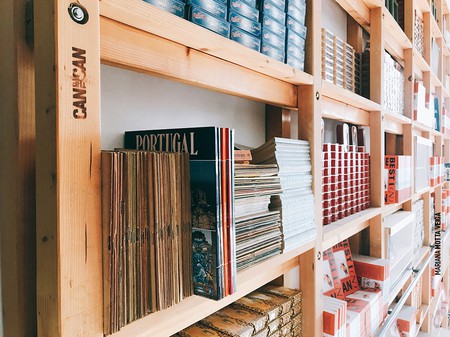 While the tins have always been beautiful, their contents weren’t always as appreciated as they are today. Cabral Ferreira says tinned fish used to be seen as a lesser product and eaten only as a last resort or for specific occasions, like at the beach or at picnics. “With time and with the discovery of food around the world and this recent cooking spree, people started to realize that this is a relatively cheap, very high-quality product that can be used as an ingredient for cooking as well as by itself,” he says. 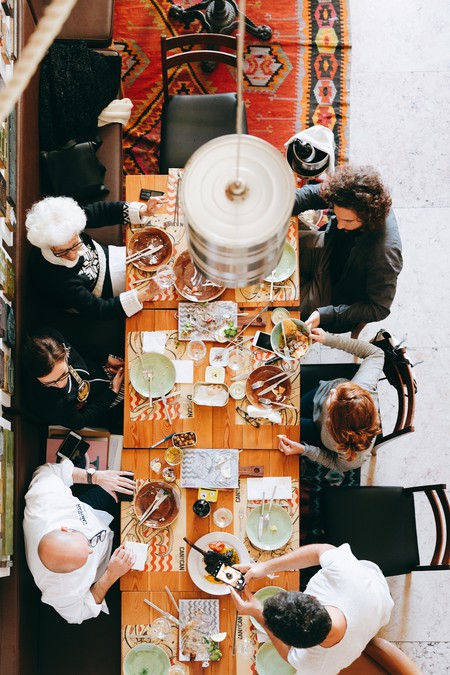 When Can the Can launched, the aim was to change the perception of canned fish in Portugal by using tinned Portuguese fish mixed with fresh ingredients to create exciting dishes. “We have half Portuguese and half international guests. We get people from all over the world, and many of them know what they are looking for,” Vicente says. One of the star dishes at the restaurant is the Sea Greaves – a tempura made with small, tinned sardines. “We must highlight the dishes in which the preserved product is subsequently processed, resulting [in something] unexpectedly better than with the fresh product, or at least pleasantly different,” says Vicente. 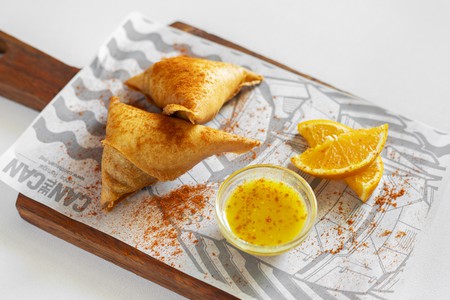 After the recent increase in interest in the tins, Cabral Ferreira thinks demand might now have plateaued: “I think the reasons for the growth were the discovery of the quality, the design, the foodie hype and the price,” he says, and adds that it’s important to have an honest price-and-quality policy, so that the tinned fish doesn’t go from being perceived as affordable to expensive. For now, it’s a perfect symbol for Lisbon – a well-designed and tasty product that evokes the city’s past and appeals to locals and tourists alike. 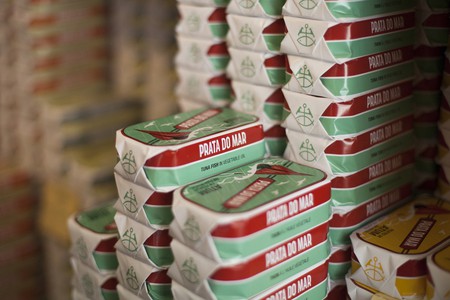 Conserveira de Lisboa’s Prata do Mar, or Silver of the Sea | © Joana Viana
Give us feedback