Lisbon’s Finest Hidden Gem Was Once a King’s Backyard 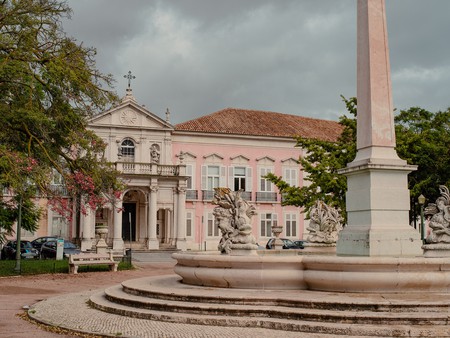 It’s Sunday morning, and children are running around under the autumn sun on one of the largest green lawns in Lisbon. Around a red picnic cloth, a group of people sing happy birthday, with colourful balloons hanging in the trees and bushes around them. One child offers a piece of birthday cake to some surprised tourists just before she starts chasing a peacock that runs to a lake to hide among the geese. Seagulls fly uphill from the Tagus River. There are roosters, stray cats, ducks, frogs and colourful birds. 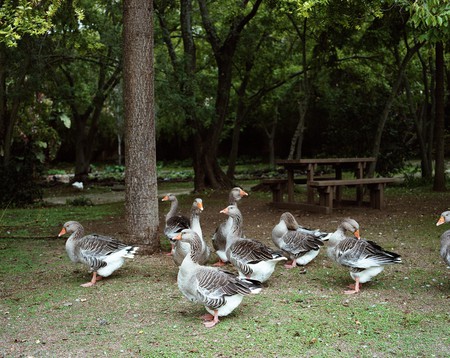 “If you close your eyes for one second, you might travel back to a time where these children are princesses and princes, important European monarchs about to decide the future of the Western world as we know it.” That’s how Ana Ferreira, 34, describes Tapada das Necessidades. Ferreira is an illustrator who likes to spend her Sunday mornings lying down on a beach towel on the garden’s sprawling lawn while reading a book, texting her friends and scribbling pictures inspired by her surroundings. 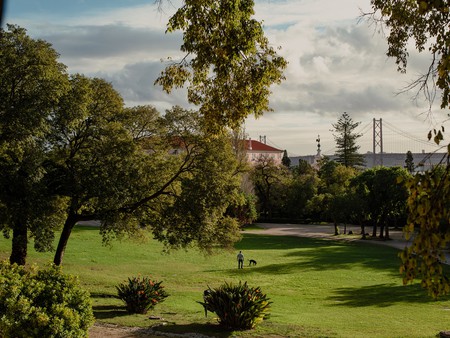 However, Ferreira is not the first artist to be inspired by the garden. Tapada das Necessidades was once a hunting site before it became a pleasure garden for monarchs and their guests, where artists and queens would draw and paint, ride horses or play tennis. After the coup that turned Portugal into a republic in 1910, the area was bombed from the Tagus River; the garden bears the marks of absolutism, liberalism, the monarchy’s decay and the rise of the republic. 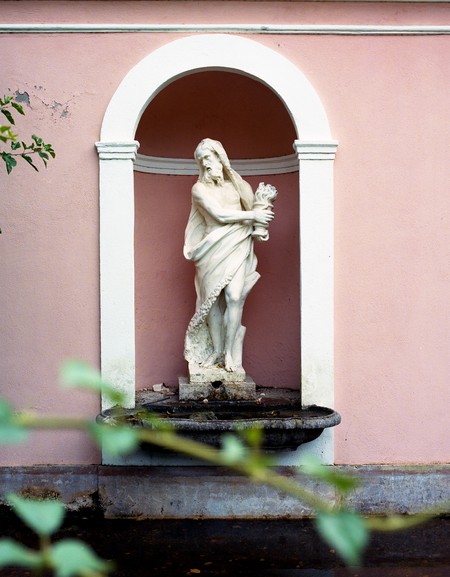 “Tapada das Necessidades is one of the best-kept secrets of one of the most beautiful capitals in Europe,” says Ferreira, who lives nearby. One of the largest green spaces in Lisbon is her haven. “You forget you’re in a big city. To hang out here feels like meditation to me. I look down at the Tagus River, and that is so soothing. I need to come here on Sundays so I’m ready to face what Monday brings.” 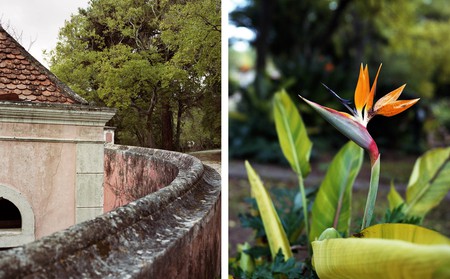 In 1841, French master gardener Jean Bonnard transformed the Tapada das Necessidades on the hillsides of the Tagus River into the first landscaped garden in Portugal. Today, the lush tropical expanse is one of the city’s hidden secrets – even most Lisboetas don’t know about it. Here, you’ll find everything a king would want to have in his backyard, including an extravagant collection of plants and cacti from all over the world; swimming pools and lakes; a waterfall, circular greenhouse, statues and fountains; and the remains of a zoo that once housed exotic birds and monkeys. Maybe you’ll also be able to find the place that supposedly inspired French painter Édouard Manet to create Le Déjeuner sur l’herbe. 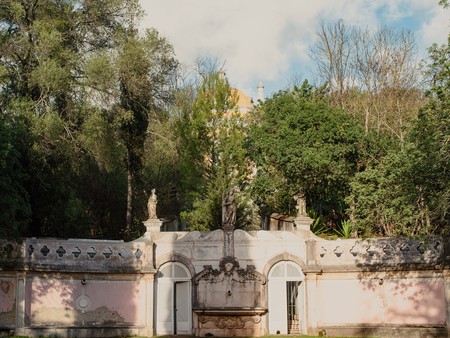 The garden is the 10-hectare (25-acre) backyard (equivalent to seven football pitches) of the Palacio das Necessidades, a pink palace where Portuguese kings once lived and which today houses Portugal’s Ministry of Foreign Affairs. During his exile in England, Dom Manuel II, the last king of Portugal, supposedly sighed in longing for his childhood garden. 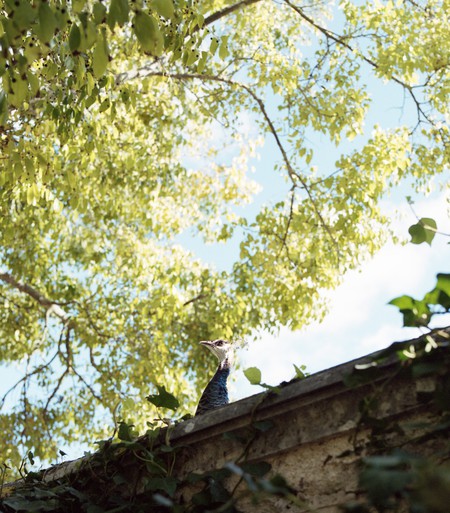 To Martha Ellis, 28, a morning run around Tapada das Necessidades is a cherished habit. “I travel a lot. A good morning run grounds me,” she says. “I pick up a cup of coffee at Paparoka café nearby, and then off I go. This garden is one of my favourite places to come to in Lisbon, come rain or shine. If you run down to the bottom of the hill, you’ll be running along the Tagus River.” 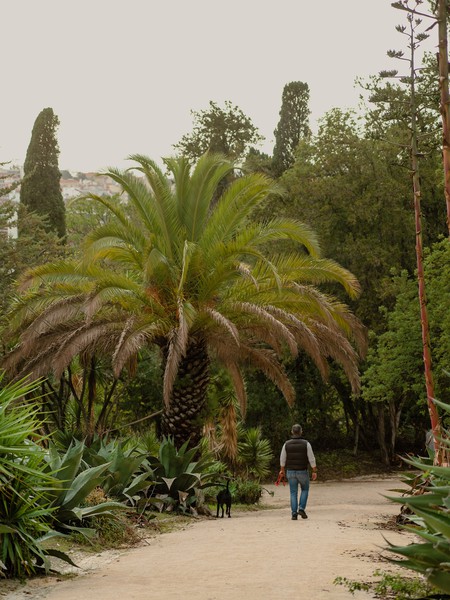 There are no cafés in the garden itself. One of the garden’s security guards talks about the city’s plan to build a café in the area where the royals once had their zoo, but there is no set date as of yet. Visitors are welcome to bring their food and beverages, or even their picnic baskets.

As you walk (or run) through tall, centuries-old cacti, it’s easy to forget you’re in Europe. “From their own travels, or received as gifts, the Portuguese royal family would collect plants, trees and animals from all over the world,” says Ferreira. “Only a multicultural city like Lisbon could have a garden like this one.”