Lisbon's 8 Underrated Neighborhoods You Should Explore 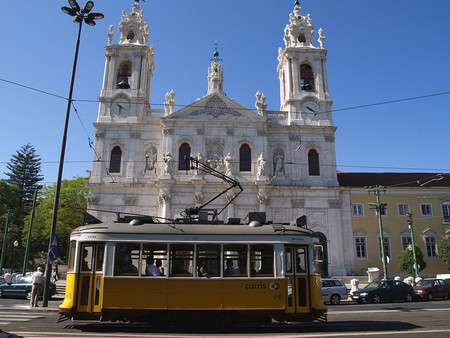 Alfama, Bairro Alto, and Lisbon’s other historic riverside neighborhoods are famous for obvious reasons, but they aren’t the only streets worth visiting. While visiting Lisbon’s famous landmarks is highly recommended, make time to explore its underrated neighborhoods too.

Odivelas is the last stop on the metro’s yellow line and a good reason to head further than Saldanha (admit it, you probably haven’t ridden the yellow line past that spot, have you?). This is a popular neighborhood for local residents who want to be close enough to the center but prefer a more manageable cost of living. It’s also where visitors will find historic heritage and museums, the most important being the architecturally multi-faceted Monastery of São Dinis de Odivelas, where Portugal’s sixth king is buried. It was built in the 14th century and showcases different architectural styles including Baroque, Gothic, and Manueline. In Odivelas, visitors will also find a lovely botanical garden that dates back to the 18th century and a fashion museum showcasing centuries-worth of changing trends in Portugal. 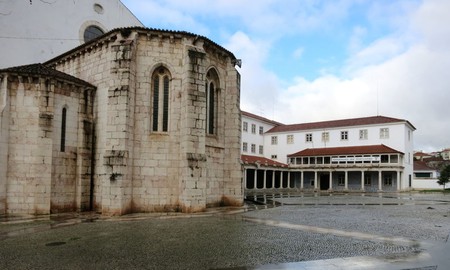 Even though Lisbon’s contemporary Parque das Nações is known as a beautiful part of the city with an excellent riverside boardwalk for running/walking and bar-hopping, it’s still often overlooked by visitors. As is seen all over Lisbon, this neighborhood was built up from an abandoned part of the city, just in time for the World Exposition of 1998. Beautiful buildings, including the Gare do Oriente (the main train/bus station connecting Lisbon to other parts of the country and abroad), a plethora of restaurants, a lovely shopping mall, and the Lisbon Oceanarium (the largest in Europe) are just a few reasons to visit. 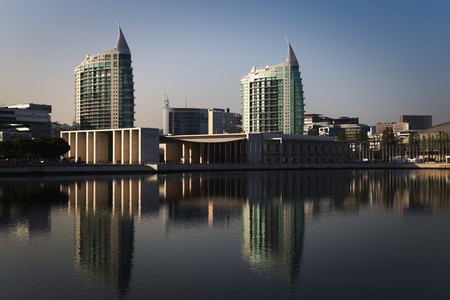 Speaking of new neighborhoods, it’s impossible to forget Avenidas Novas. Beautiful mansion homes and Art Nouveau buildings line the avenues that begin at Parque Eduardo and make their way north, eventually wrapping around Campo Pequeno. In addition to the green Parque Eduardo, Avenidas Novas is where you’ll find the world-famous Gulbenkian Museum, historic homes that have been converted into museums, and the Moorish Campo Pequeno bullring and shopping center. Walk through Avenida Roma if window shopping is your thing; there are bookstores, women’s clothing boutiques, shops for creatives, and shoe stores. Foodies will enjoy the range of restaurants and cafés, from budget-friendly frango assado establishments to sophisticated seafood restaurants and the ever-present local tascas. It’s also where you will find many of Culture Trip’s suggestions for the best pastelarias in Lisbon, like Mexicana and Pastelaria Versailles. Another perk is the Roma-Areeiro train station; not only will it connect you to other neighborhoods on this list but it heads directly into Sintra for only €2,25 one-way.

A smaller and quieter area of Lisbon that’s filled with impressive architecture is Estrela, sprawled across one of the city’s famous hills. At the heart of the neighborhood is the Jardim da Estrela, a beautiful green space where local families like to plan picnics and the city organizes free events like the OutJazz Festival. Estrela is also home to one of Lisbon’s neoclassical monuments, the 18th-century Estrela Basilica (it’s one of the stops when riding the bright yellow tram 28).

Easily one of the more diverse and interesting areas to go when you’re hungry in Lisbon is the Intendente/Anjos area, located north of Martim Moniz. There are the traditional Portuguese restaurants, a few are gems for finding fresh seafood, and there a variety of international spots like Middle Eastern Doner Kebab houses, sushi restaurants, and Indian restaurants. Artists and hipsters are also attracted to these streets, often finding colorful azulejo facades, live music, and language exchange/meet-up groups at the Casa Independente.

After the Mercado da Ribeira, the next biggest food market is the Mercado de Campo de Ourique and as the first attracts expats and tourists, the second attracts locals and more long-term international residents. The food stalls cover everything from Portuguese wines, cheeses, and charcuterie to international cuisines like sushi and pizza. Around the corner from the market, you will find some of the best pastéis de nata in Lisbon at the neighborhood’s award-winning Pastelaria Aloma.

There is more to Lisbon’s nightlife than Bairro Alto, Principe Real, and Cais do Sodré; Santos is another popular choice for dining out and bar-hopping. It’s also an area that has been known to attract artists, designers, and architects. Facing the river, it’s a short 5-minute walk from Cais do Sodré and just off the train line that heads towards Cascais. 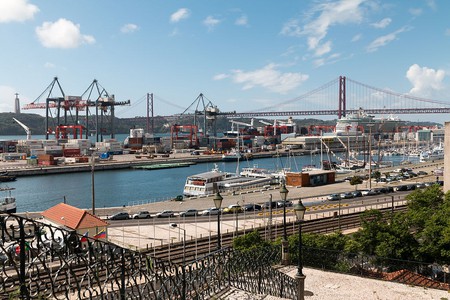 Looking down at the river from Santos | © Daniel Villafruela / Wikimedia Commons

Ajuda is a neighborhood located so close behind Belém that you could argue they are practically the same neighborhood. But when visitors head to Belém, they make the same stops: the Belém Tower, the Jerónimos Monastery, and the Padrão dos Descobrimentos (Monument of the Discoveries), to name a few. Oftentimes missed are the amazing gardens like the Tropical Garden and Ajuda’s Botanical Garden, and the 18th-century Palace of Ajuda.