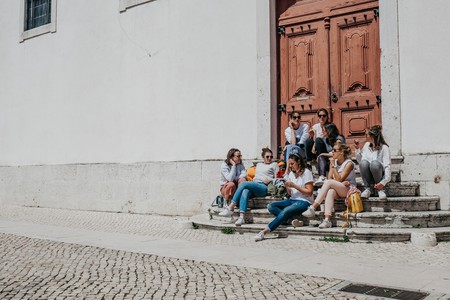 Need to keep the costs down on holiday? The Portuguese capital is one of the least expensive cities in Western Europe – and who better to guide you towards a bargain than its student population?

Lisbon is regularly cited as one of the cheapest cities to visit in Western Europe, but as any traveller will tell you, prices can soon rack up in any city destination – unless you are in the know. 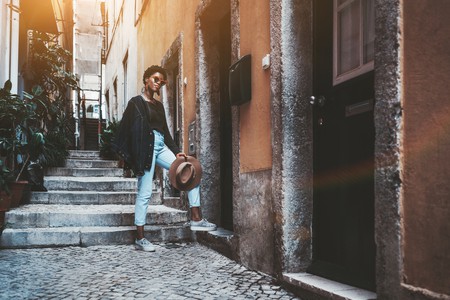 Culture Trip asked some Lisbon-based students for their top tips on how to save money and make the most of a city that’s one of the coolest on the continent.

Choose where and when to eat

Restaurants catering to tourists proliferate around the centre of Lisbon, but there are plenty of places aimed at the city’s office workers. These tend to offer good-value daily specials (prato do dia) or bargain set meals (ementa turística), which are not just for tourists, and usually include two or three courses and a drink for under €15 (£12.70).

The best deals are to be had at lunchtime, and you’ll need to head away from the main tourist destinations to find them, for example to the roads parallel and east of the main Avenida da Liberdade or around Santa Apolónia station.

“Jardim do Arco do Cego has a really cheap restaurant called Vitaminas,” says Mariana Tilley, a student at the Technical University of Lisbon. “It serves everything from burgers and grills to pasta and salads.” 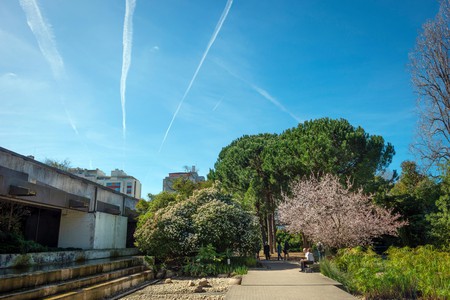 Ana Margarida Ferro, another student at the Technical University, recommends the Gulbenkian Museum. “It has a good self-service restaurant and the gardens are a quiet place for a picnic. In front of the Gulbenkian is Oásis (Rua Marquâs Sá da Bandeira 76), a really good vegetarian restaurant with a dish of the day at under €6 [£8].”

The Portuguese equivalent of fast food are bifanas (tasty strips of pork in a bun) or pregos (the same with beef), while other inexpensive snacks include pasteis de bacalhau (salted-cod pasties), croquets (meat patties) and chamuças (samosas). 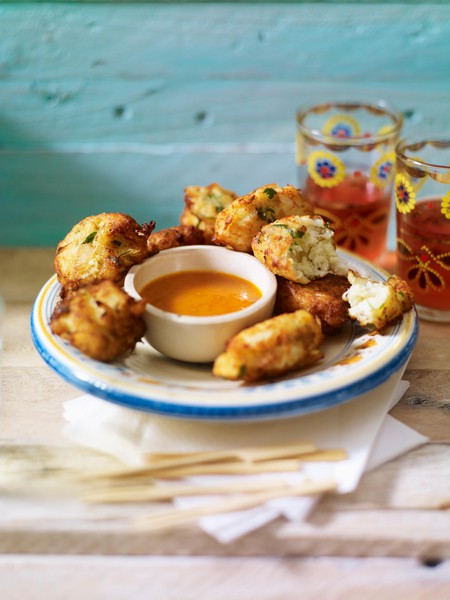 Cheaper still, if you are self-catering, is to buy food from a supermarket. The larger ones often have a cooked food section, good for gathering an al fresco picnic; the roast chickens are usually excellent value, and tasty.

“Pingo Doce always has a weekly shelf with big discounts in all their stores,” says Tilley. “There are also One Euro shops all over the city which sell really cheap chocolates and snacks among the other usual cleaning stuff.”

Part of the fun of exploring Lisbon is simply wandering its wonderful streets and squares, but you’ll probably want to visit some of its sites as well. “Most of the big attractions offer up to 50 percent discounts for students, but plan carefully and you can visit many for free,” says Ferro.

On Sunday mornings, most of Lisbon’s museums are free to Portuguese nationals, though this also applies to non-Portuguese at the evocative Museum of Resistance (Museu do Aljube), housed in a former political prison. 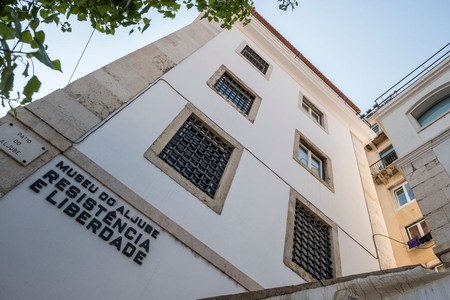 On Sunday mornings, the evocative Museum of Resistance (Museu do Aljube) is free to enter | © Horacio Villalobos / Alamy Stock Photo

Two of Lisbon’s major museums also have free admission at certain times: you can see stunning works of contemporary art in the Berardo Collection for free all day on Saturdays, while the Gulbenkian Museum, which houses everything from ancient Egyptian art to jewellery by Lalique, is free after 2pm on Sundays.

The sleek waterfront Museum of Art, Architecture and Technology in Belém has free entry on the first Sunday of the month, while the vast Museu do Oriente, tracing Portugal’s trading links with the east, is free on Fridays from 6pm until 10pm.

There are some amazing places that are always free to enter, including the underground Nucleo Arqueológico, a fascinating archaeological museum whose excavations are hidden under a modern bank; and the small Museu do Teatro Romano, on the site of a Roman theatre.

Take a peek round some of Lisbon’s historic churches, too, such as its oldest, the Sé cathedral; one of its grandest, the Basílica da Estrela; or its most eerie, the Igreja de São Domingos, once the site for royal marriages, but now scarred by the fire of the 1950s. 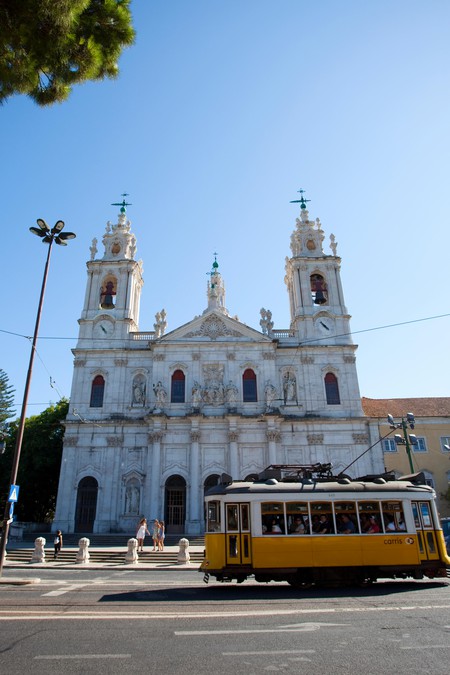 Lisbon’s flea markets are also great places to browse. The Tuesday and Saturday Feira da Ladra fills the streets around the beautiful church of Santa Engraçia, with sublime views across the Tagus estuary as a bonus.

“LX Factory is a good area to explore,” says Silva. It is a former industrial estate now given over to hip studios and workshops, and studded with a plethora of fashionable cafés, bars and restaurants. “Go on a Sunday morning when there’s a bustling flea market,” Silva explains. 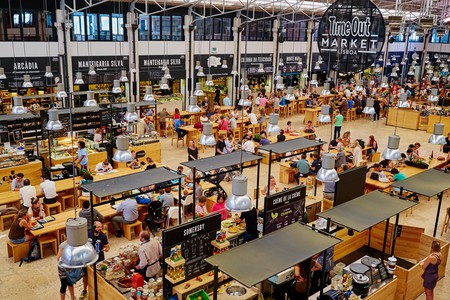 Spend some time in the city’s Time Out Market, filled with stalls selling food and drink | © Tuul and Bruno Morandi / Alamy Stock Photo

You’ll also want to spend time in the city’s main Mercado da Ribeira, now rebranded the Time Out Market, filled with a series of stalls selling food and drink by some of the city’s best-known chefs and stores. “It’s not particularly cheap, though there is plenty to choose from to suit most budgets,” says Tilley.

Drink up the bargains

Alcoholic drinks are inexpensive in Lisbon compared to most northern European cities, and you’ll also save some euros by going local. Avoid international beers and spirits and stick to the national brands. The usual beers are Sagres or Super Bock, and both are decent lagers.

Suss out the local bars, which are the best places to get good prices. Tilley recommends Joker Lounge Saldanha. “It’s a bowling alley and bar in Saldanha, which has become a place for students to hang out as the drinks are cheap,” she says. 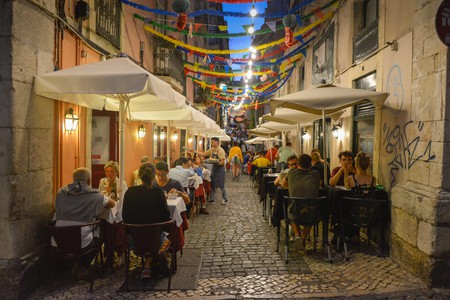 So too are the little kiosks found in many of Lisbon’s squares and parks, which can rustle up anything from a quick coffee to a refreshing beer. “You also have the Bairro Alto,” says Tilley. “The bars can be expensive, but for me it’s about meeting your friends in the streets and talking outside the bars.”

“Bairo Alto now has a collection of bars catering for the student crowd, with the prices of booze pinned outside,” says Ferro. You’ll certainly find a party atmosphere, especially after midnight at weekends.

“The best bars for me are All Saints Santos da Casa and Marretas, both on Largo de Santos,” says Tilley. Ferro recommends Pensão Amor on Rua Cor de Rosa. “This has become the place for a student’s special night out. It has different themed or styled rooms,” she says. 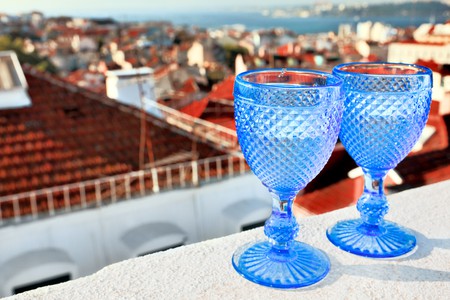 A local speciality is ginginha, a cherry liqueur that you can have with or without the stone – it’s potent and remarkably cheap. You’ll find bars in the main Baixa district of Lisbon that serve nothing else.

Portuguese wines are invariably good value and very good quality, as is local sparkling water (água com gas). As a rule, tap water is fine to drink, while bottled water in restaurants is pricey: if you prefer bottled water, it is far cheaper in a supermarket.

Any reasonably fit individual can negotiate central Lisbon on foot, as long as they don’t mind some very steep hills. However you’ll probably need public transport to reach some of the outlying sights such as the monuments of Belém, the Gulbenkian Museum or the aquarium at the Parque das Nações. 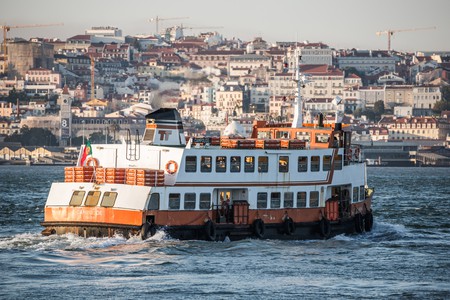 The same fare applies to the orange ferries that cross the Tagus to the port of Cacilhas. “The rides are great fun, way cheaper than a boat trip and offer fantastic views back over the city from the opposite bank,” says Silva.

Lisbon is blessed with one of Europe’s sunniest climates, so you’ll probably want to spend most of your days outdoors. The sloping main park, Parque Eduardo VII, also offers great views across the city, as do Lisbon’s many miradouros. These are viewpoints strategically positioned on the city’s various hills, many with little kiosk cafés, so you can nurse a drink and watch the sun set in a prime location without breaking the bank.

Lisbon is very close to the coast, so it’s easy – and not too expensive – to head out to the beach for the day. From Cais do Sodré, a superb coastal train route runs out to the beaches at Estoril and Cascais for under €5 (£4.20) return. 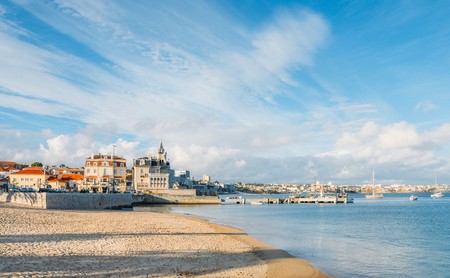 Alternatively, hop on a bus across the soaring Ponte 25 Abril bridge to the beaches south of the city at Caparica, where there are miles of sands and giant waves popular with surfers.

Lisbon is increasingly well stocked with accommodation to suit all budgets. Hostels can be particularly good value. Its main official Pousada de Juventude (youth hostel) is well positioned just north of the city centre near the main park, with dorm beds for around €16 (£13.60) in high season. You’ll pay a little more for most of the private hostels, though in low season a dorm bed can cost as little as €14 (£11.90) a night. 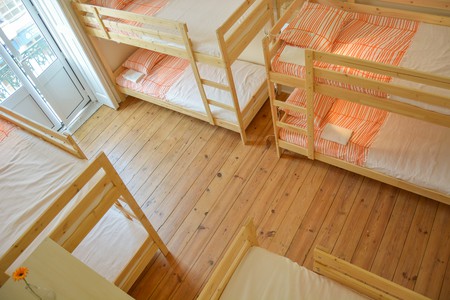