The Best Books To Read Before Visiting Lisbon 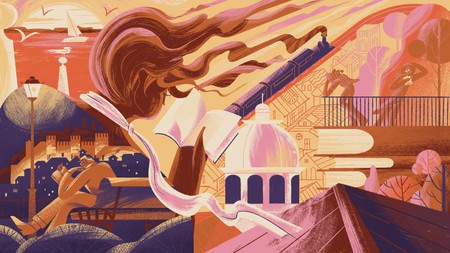 From a philosophical thriller that traces Lisbon’s history to a collection of short stories by Portugal’s foremost writers – here’s our pick of books that will help any traveller understand the Portuguese capital a little better.

The Book of Disquiet was written by one of the greatest Portuguese writers and poets of all time, Fernando Pessoa. He’s so well loved in Lisbon that his home and his office have been turned into tourist attractions, and statues of the writer appear throughout the city – the most famous sitting outside Café A Brasileira in Chiado. This book, which was discovered and published after Pessoa’s death, is a dark, semi-autobiographical text, filled with fragments and vignettes that question everything from life and our subconscious selves, to social etiquette and unrealised dreams. It is told from the point of view of one of Pessoa’s most well-known literary personas, Bernardo Soares, who works as a bookkeeper in a fabric company in Lisbon. 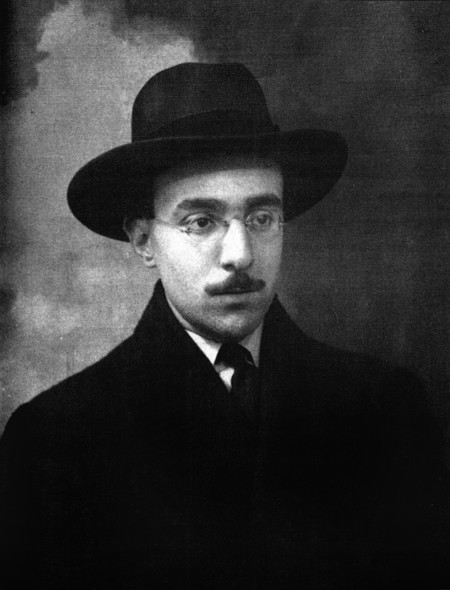 Written by Nobel Prize-winner José Saramago, The Year of the Death of Ricardo Reis walks readers through the rainy streets of Lisbon with protagonist Ricardo Reis, who returns to Portugal after more than a decade in Brazil and embarks on a journey of philosophical discovery. Ricardo Reis is one of Fernando Pessoa’s three pseudonyms, and as he drifts through the city he is joined by Pessoa – or, the spirit of Pessoa – in conversations contemplating life and its meaning. 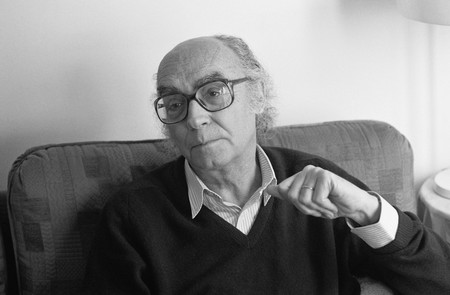 ‘The Portuguese: The Land and Its People’ (1991) by Marion Kaplan

How does a country fall from its exalted position as one of the most influential in the world? This literary one-stop-shop will award its readers with all the information required to understand Portugal’s turbulent and exciting history, and will make visiting Portuguese landmarks in real life all the more interesting. From the invasion of the Moors to the Age of Discoveries right through to modern times, Marion Kaplan’s The Portuguese is a travel guide and history book in one.

‘The Anarchist Banker: and Other Portuguese Stories’ (1996), edited by Eugénio Lisboa

This is a compilation of short stories written by Portugal’s most notable writers, including Fernando Pessoa, who penned the titular story, and Eça de Queirós. All the stories were written in the decades leading up to World War II, and offer an insight into the Portuguese state of ‘saudade’ – the country’s famously melancholic way of thinking, characterised by nostalgia and a deep emotional longing for happiness that has passed.

A Small Death in Lisbon is a political thriller that moves back and forth between two time periods – World War II and 1999 – in order to demonstrate how the past never really leaves us. It follows two men, a German named Klaus Felsen who is sent to Lisbon on behalf of the German Nazis, and a Portuguese inspector named Ze Coelho, who is trying to uncover the motive behind a murder mystery. The story encompasses history, murder, adventure and intrigue, and it won the UK’s Gold Dagger Award in 1999. 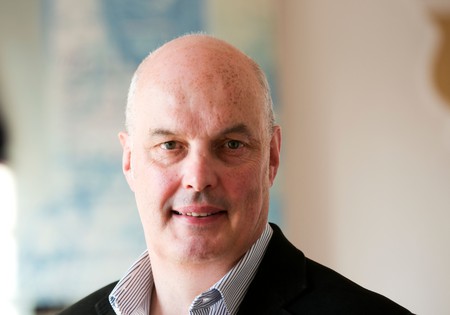 This epic philosophical thriller, published at the turn of the 21st century, follows middle-aged Swiss teacher Raimund Gregorius as as he leaves behind his life in Bern to embark on an adventure in Lisbon. It’s a decision he makes on a whim, after discovering a book by a Portuguese author that contemplates the decisions people make in life. Using this book as a guide, our protagonist learns about both modern day Lisbon and the city that existed before the Carnation Revolution. Filled with colourful descriptions of the city and its people, Night Train to Lisbon is not only a story of self discovery, but also a story of Portuguese history and the key moments that shaped Lisbon. 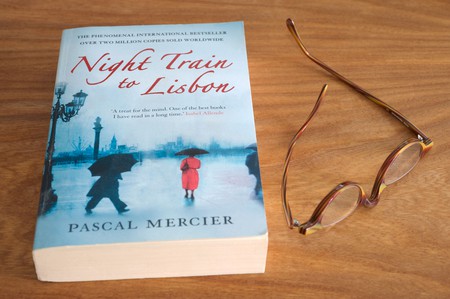