The Best Places to See Portuguese Azulejos in Lisbon 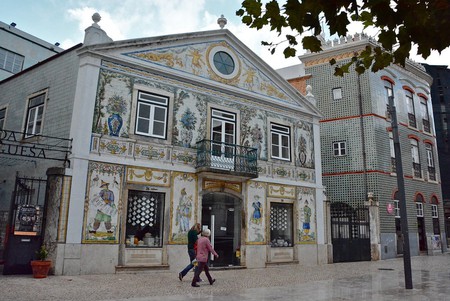 When on a hunt to find the best azulejo mosaics in Lisbon, where do you begin? The answer can be as broad as anywhere and everywhere! There are always beautiful corners to discover, especially for those inclined to venture further than the limits of the city center. Take some time to head out on a walking tour but be sure to include these locations on your route for a glimpse of the city’s best, most beautiful, and/or most unique azulejo decor.

The Fronteira Palace is an excellent example of where to find beautiful Portuguese architecture and decor away from the bustling downtown area. Built in the 17th century, it once belonged to a noble family and is still privately owned but certain wings are open to the public for guided tours. The stunning azulejo mosaics wrap around the main garden and adorn many walls, but the Battle Room may be the property’s MVP in terms of beauty and has even been nicknamed the “Sistine Chapel of Tile Panels”.

*Tip: If using the metro to navigate the city, take the blue line to the Jardim Zoologico and walk 15-20 minutes to the palace. 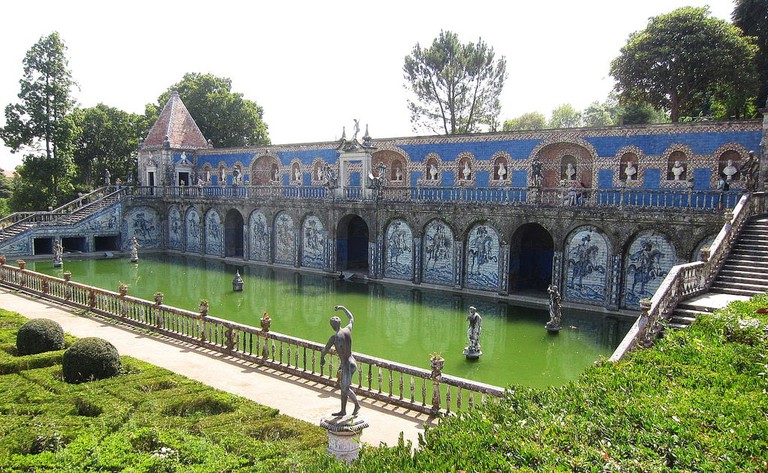 Snug between Graça and Alfama is the neighborhood of São Vicente, home of this jaw-dropping 17th-century monastery. Not only is the Monastery of São Vicente de Fora one of the most beautiful buildings in Lisbon, but the marble halls, interior corridors and cloisters portray stunning azulejo mosaics detailing historical events from the 12th century, and inauguration of an older monastery that once stood in the same place. Other unique mosaics in the current building illustrate fables written by French poet Jean de la Fontaine.

*The Monastery is an excellent spot for breathtaking views of the Tagus River and April 25 Bridge. 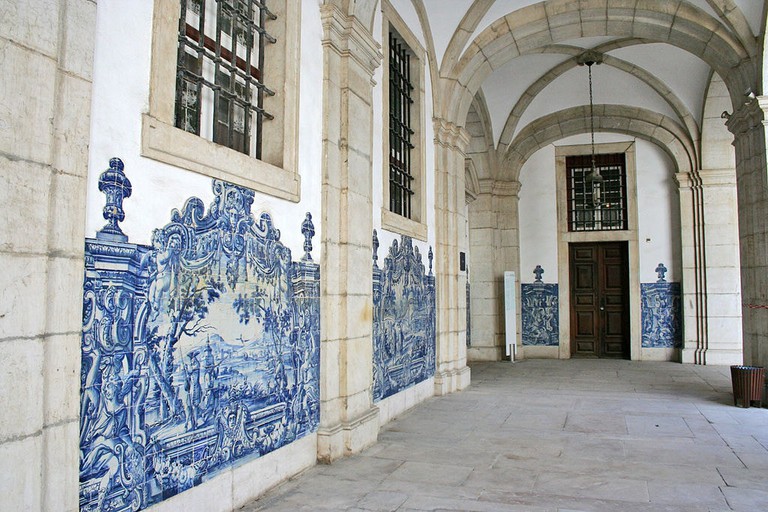 After the monastery, head downhill and towards the National Pantheon (another stunning landmark and historic must-see). The André Saraiva mural is an explosion of color that makes it hard to miss and is the largest piece of urban street art in the city too, made up of 52,738 hand-painted tiles. The mural wraps around one side of the Feira da Ladra, the city’s oldest flea market that runs every Tuesday evening and Saturday morning, but plan a visit when the flea market isn’t operating to truly appreciate each bright detail.

Due to an out-of-the-way location, the National Azulejo Museum is easy to overlook, which is a shame since it’s the only museum of its kind in the entire country. Set aside 1-2 hours to walk through each room, all housed in a 16th-century convent. This is undoubtedly the best place in Lisbon to see azulejos and learn about their evolution in terms of use and creativity. 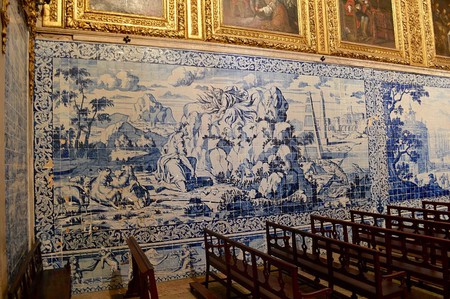 Inside one of the museum’s chapels | © Matthew Robey / Wikimedia Commons

Set in the multicultural Intendente neighborhood, the beautiful facade of the Fabrica Viuva Lamego will stun passersby without even entering the shop, but if you have the time for perusing the store, head inside. The tiles are actually produced in Sintra and the Lisbon shop, which opened in the mid-1800s, usually has a handful of stunning displays representing both traditional and modern expressions.

Who else knew that Lisbon has its own “secret garden”? Take a stroll through the garden at the Quinta dos Azulejos, or “Estate of the Azulejos”, located in north Lisbon. To reach there, hop on the 703 bus and get dropped off around the corner or take the yellow metro line and get out at Ameixoeira stop. Then it’s only a 20-minute walk to reach this beautiful, azulejo-panoramic sanctuary.

Technically the Queluz National Palace is outside Lisbon, located halfway between the capital and Sintra, but it’s too beautiful not to mention and close enough to be relevant. Built in the 18th-century, this architectural masterpiece was designed as the home to Portuguese monarchs, representing Baroque, Rococo and Neoclassical influences. The stunning interiors can keep visitors mesmerized but head outside and visit the gardens where there is a “Canal dos Azulejos” or “Canal of Azulejos”. 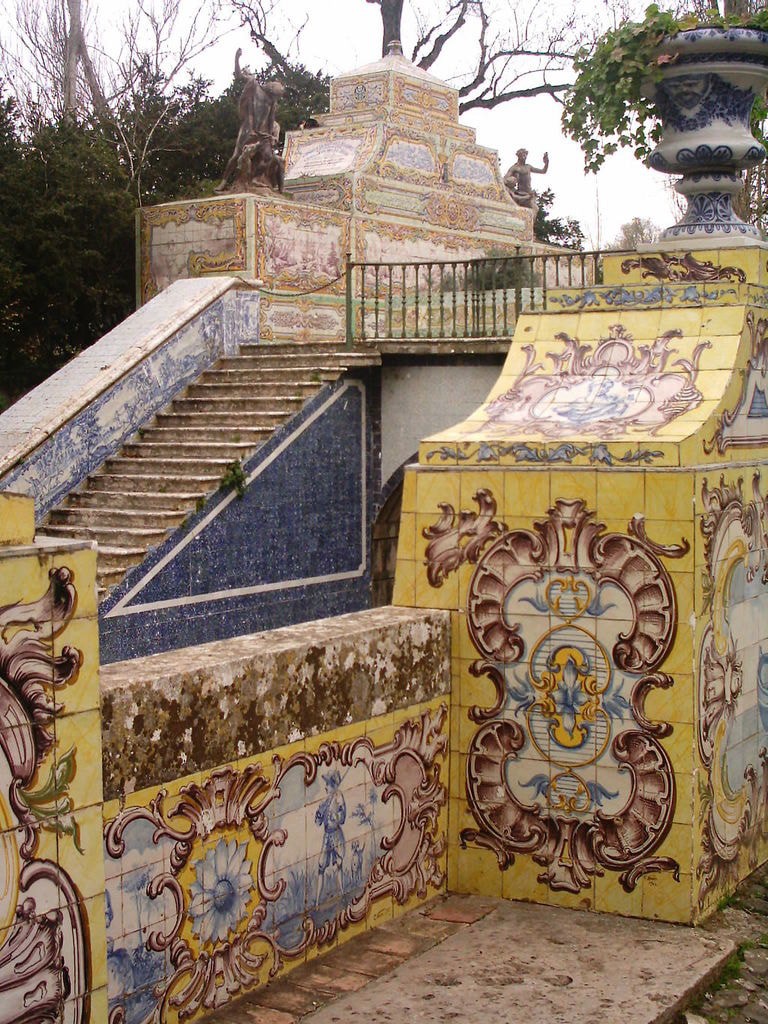 Despite the many things to see and do in Lisbon, visitors are encouraged to wander about and pay attention to the beautiful azulejo tiles that truly make the city sparkle.