A Walking Tour of the Best Street Art in Lisbon, Portugal 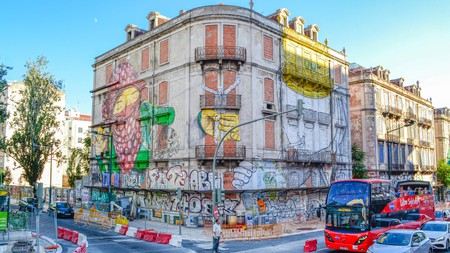 These days, cities are covered in good graffiti and bad graffiti, and Lisbon has more than its fair share of the good variety. The themes are multifaceted, covering Portugal’s history, pop culture and imaginative abstracts.

Want to visit? Let our local insider show you the best of Portugal on our specially curated nine-day Northern Portugal adventure.

By now, most travellers will have heard of Portugal’s picture-perfect capital full of Medieval infrastructure sandwiched between 19th-century and contemporary buildings. Despite the many steep hills throughout Lisbon, walking is the best way to experience the city (followed by the tram), and each side street and corner has different treasures to discover. One, possibly unexpected, example is street art.

In Mouraria, for example, a few walls are dedicated to fado, a musical style that emerged in this part of the city. Escadinhas de São Cristóvão is a mural that was created by different artists. 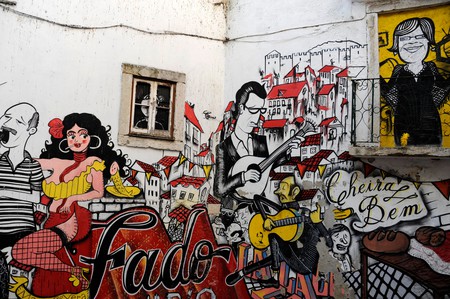 The more professional displays of street art have been created to beautify run-down, vacant buildings and add extra brightness to Lisbon’s trendy neighbourhoods. One group of artists is Cargo Collective, who are responsible for amazing displays of street art between Alcântara, Avenida Almirante Reis (a long street that runs from Martim Moniz to the Lisbon Airport) and fashion-focused Avenida da Liberdade. However, the whole city has become a canvas, especially the following areas.

Without a doubt, Bairro Alto is one of the most colourful neighbourhoods in Lisbon, in every way. It’s chock-full of bars, clubs, small restaurants and tascas (traditional Portuguese restaurants), tattoo parlours and street art. A couple of areas where you will find a few amazing examples include Travessa dos Fiéis de Deus, Rua da Vinha, and Rua de São Boaventura. 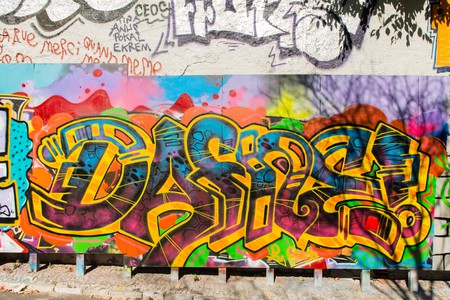 The Miradouro de São Pedro de Alcântara is one of the best places near Bairro Alto for a view, and the elevator tram (pictured below) is covered in colourful displays. 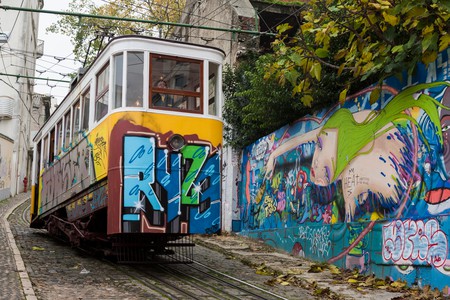 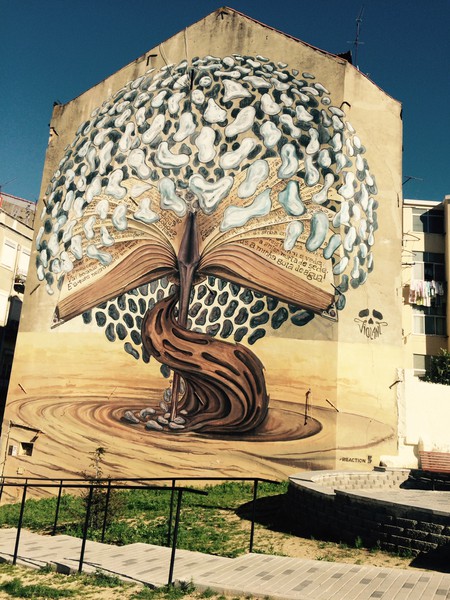 Marvel at the street art in Graça | © Nina Santos

On the other side of downtown Lisbon, Alfama, São Vicente and Graça are full of narrow roads that are lined with eclectic artwork. While riding the tram 28 through Graça, you may see this picture, which was created by artist João Maurício. Not all the art is using paint, though. Quite a few artworks are masterpieces by street artist Alexandre Manuel Dias Farto (aka. Vhils), who uses drilling and carving for his creations.

From the buildings off the highways to the narrow streets and quiet neighbourhoods, Alcântara is another great place to view truly spectacular images. 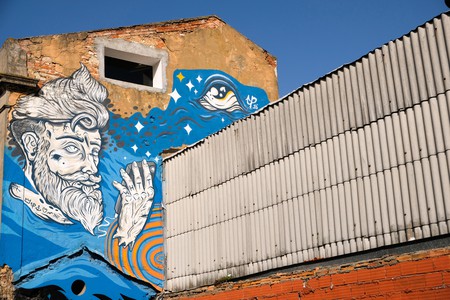 LX Factory, which is covered in street art, is a trendy hotspot in Lisbon | © Kim Kaminski / Alamy Stock Photo

In Alcântara, you’ll find LX Factory, a hotspot for entrepreneurs, freelancers and artists. This neighborhood of restaurants, bars, stores and offices was converted from old factory buildings that had been abandoned for decades. The artwork certainly adds a bit of colour to this social hub near the centre of Lisbon. 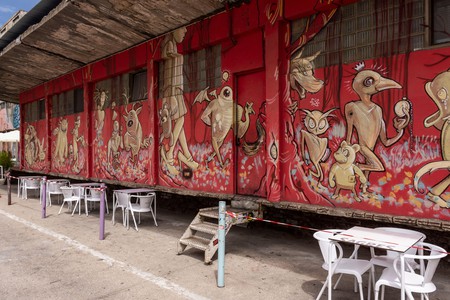 Last but not least, the Lisbon Metro stops, such as Picoas, are further locations where street art (including azulejo tiles) adorns the walls. Keep your eyes peeled the next time you’re hopping on and off the trains throughout the city. 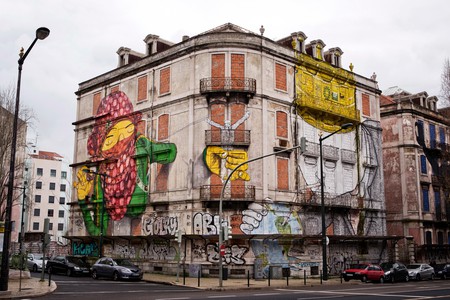 You can enjoy a guided walking tour of Lisbon on Culture Trip’s nine-day small group Portugal adventure, led by our local insider.