A Complete Guide to the Picturesque Trams of Lisbon 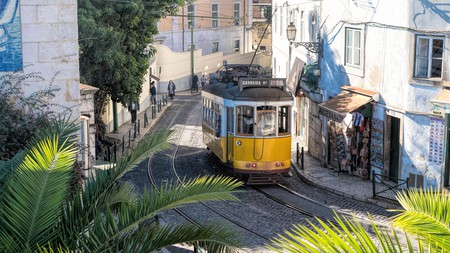 Lisbon’s tram network was originally a practical, horse-drawn way of getting around the Portuguese capital. Going fully electric in 1902, the Rede de eléctricos de Lisboa had 27 lines at its peak in 1959, before later going into a decline. Now, the six existing lines are set to grow once more.

Originally entering service in 1873, Lisbon’s tram network once covered the whole breadth of the city. Today, however, only the southern and western areas of Lisbon have an operational tram system, and the rest of the city is connected by a range of bus and metro routes. Still, the unique aesthetic of Lisbon’s trams draws tourists, who keep hopping on board. The classic yellow carriages, known as remodelados, have become a universally recognised symbol of Lisbon, widely photographed and shared on social media. Trams in general are known locally as eléctricos. 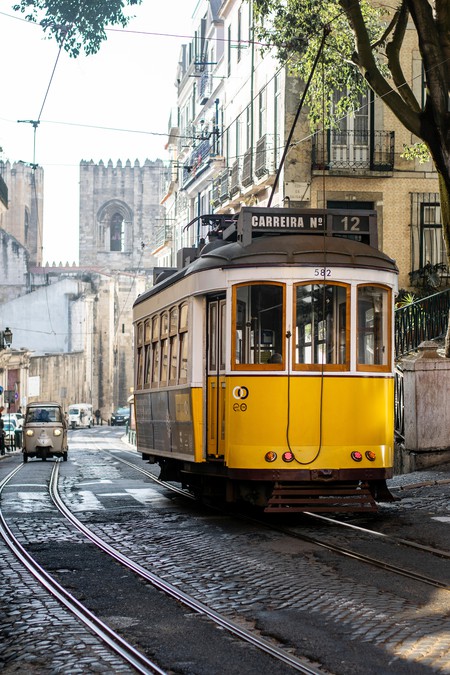 There is still a real need for trams running along the riverfront, as buses run a limited service here, and the metro network doesn’t reach this far out of the city centre.

Tickets can be bought on trams for single journeys, but it is more convenient (and cheaper) to buy in advance using a prepaid Viva Viagem card. These cards be topped up at any metro station, where it is also possible to buy a 24-hour pass for the service.

Here are our picks for some must-visit destinations along the six tram routes.

At only four kilometres (two miles) in length, this tram route is the shortest in Lisbon, taking 20 minutes to complete a clockwise loop around the popular tourist districts of Baixa and Alfama. The Baroque Church of Saint Anthony of Lisbon is considered one of the most important monuments in Portugal and is a highlight of this route. The tram starts in Praça de Figueira, one of three large squares in Baxia, which is a great spot to explore and try some local food before boarding the tram in central Lisbon. 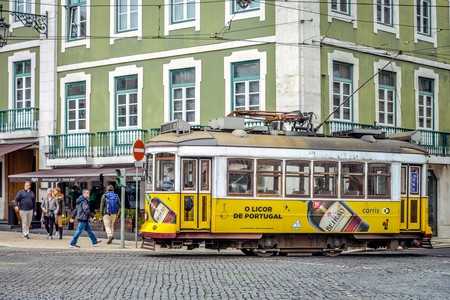 Also starting at Praça de Figueira is the Route 15 tram, the most popular line in Lisbon. This route connects two busy tourist destinations with the Belem district, home to some of the best-known landmarks in the city. Belem isn’t on the metro system, so the tram is the main way of getting to this area from the centre of town.

This route is also known as the E15, which tells you that the only trams that run along this particular route are the more modern electric articulado trams and not the quaint yellow classic carriages that tourists flock to experience.

The Tower of Belem, Jerónimos Monastery and Padrão dos Descobrimentos are major attractions in Belem, which should be part of any itinerary when visiting the city. For those looking to see a more sedate side of Lisbon, the tram terminates in the residential parish of Algés in the town of Oeiras. 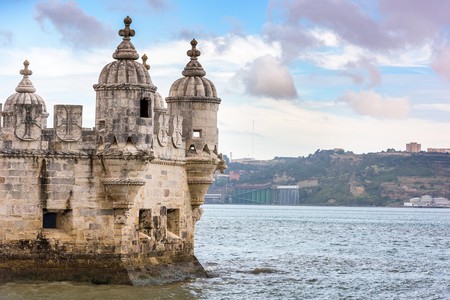 The Art Deco coastal train station of Cais do Sodré operates as a convenient hub for those heading into the centre of Lisbon using the metro. If you’re going along the waterfront, however, the route 18 tram heads west to the historical town of Ajuda.

Along the way you can visit the Museu Nacional de Arte Antiga (Museum of Ancient Art). Once in Ajuda itself, two notable attractions are the Ajuda National Palace (Palácio Nacional da Ajuda) and the botanical garden that lies just opposite. This was the first such garden in Portugal and is open every day of the year apart from Christmas and New Year’s Day. 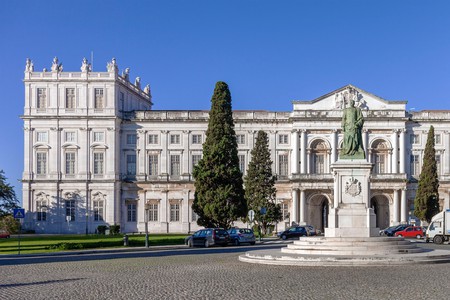 Having been discontinued for 23 years, route 24 eventually returned in 2018 and has proven to a be a popular attraction for visitors to the city. The move to bring back some of the routes in recent years is part of an ongoing initiative to reduce car use in the centre of Lisbon.

Route 24 goes along some of the routes that the Ascensor da Glória funicular traverses. This tram is ideal for anyone looking to cut through the city and head straight up to the scenic elevated portion of Lisbon, where the city’s colourful rooftops make for some seriously Instagram-friendly content. 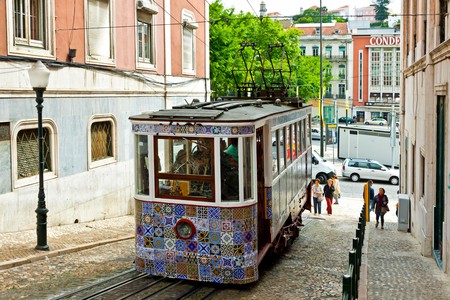 The leisurely and serene journey this tram makes is ideal for those looking to escape the more popular route 28, as it includes a detour through the recently established parish of Estrela. Various international embassy outposts can be found along the way, but far more scenic is the final destination of Campo das Cebolas, which is where you will find the infamous spiked facade of Casa dos Bicos. 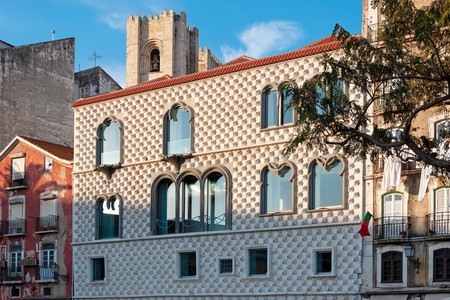 If you really want to get a sense of the city by tram, the comprehensive route 28 ticks off many of the iconic locations you will want to visit in Lisbon. Praça Martim Moniz is a well-known starting point and as such you can expect queues to board the tram. As this route is popular with tourists, most people who set off from here tend to stay on for the whole journey to the end several miles away.

Portas do Sol (‘Gates to the Sun’) is a stunning stop along the way that offers a great vantage point over the city. You get great views of the rooftops in Alfama, as well as the chance to see the winding Tagus River. 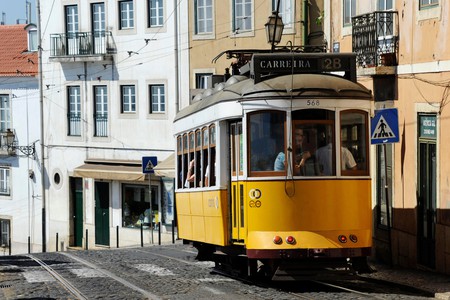