10 Lisbon Residents Explain Why They Love Their City 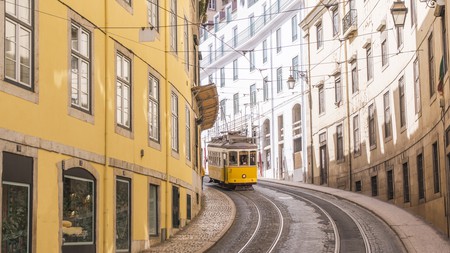 It could be the hills gazing down upon the Tagus River, that delicious late-afternoon light or simply the ease of walking everywhere – Lisboetas have many reasons for loving their city. Culture Trip speaks to 10 Lisbon residents to get their take on why the Portuguese capital is so fantastic. 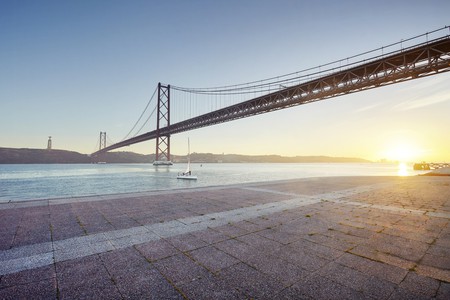 Some people were born and bred in Lisbon, the so-called alfacinhas, while others found their way here drawn by the city’s relaxed atmosphere, the endless sunshine hours and its proximity to the ocean. They’re the local people: the ones who take tram 28 to work, not for sightseeing; the ones who live on the outskirts and occasionally drop by the centre for a night out or a walk by the river. Culture Trip spoke with civil servants, brewery owners and people shaping the city’s art scene, all so we could figure out why they love Lisbon. From hidden viewpoints to neighbourhoods with tight-knit communities, below are the best things about the Portuguese capital as told by 10 Lisbon residents. 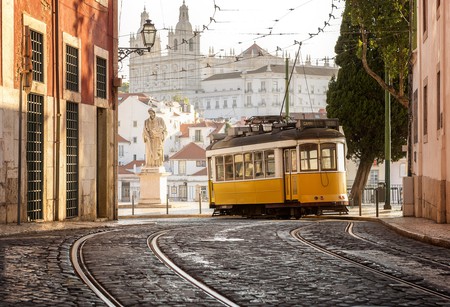 What I love most about living in Lisbon is the relaxed atmosphere that the city offers. Time moves really slow here. And after living so many years in London, this change of pace was exactly what I needed. The best way to explore the city is on foot. Get lost in sidestreets and alleyways. Lisbon is full of hidden gems, and it will be hard to find them if you’re riding a tram or a tuk-tuk. I love wandering through Alfama with my camera. I made a lot of my favourite images here and I would recommend a visit, especially if you’re into street photography. 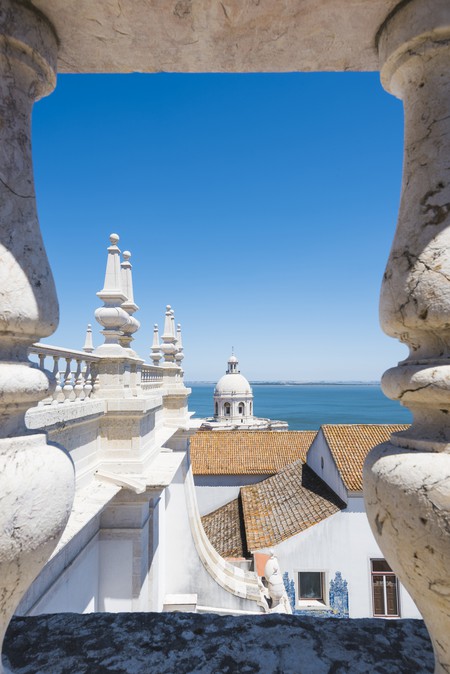 ‘You will never get tired of the views’

It is rewarding to wander in the old streets and be surprised when suddenly you go round a corner and see a glimpse of the Tagus River. You will never get tired of the views in Lisbon. There are many hills, and each of them offers a different perspective of the city, so it’s as if you see different Lisbons. I love spending my free time on the rooftops and terraces, especially the lesser-known or hidden ones like Jardim do Torel. 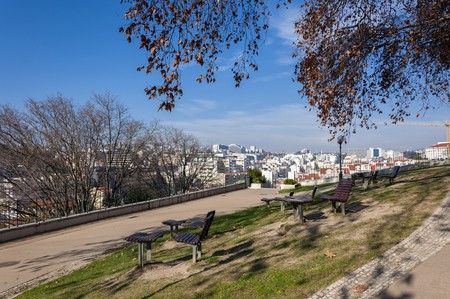 Lisbon is a great place to raise a family since there are plenty of entertainment options for kids and lots of parks where you can take them out to play. I don’t want my kids to be stuck inside with their cell phones or playing video games; I want them to have a happy childhood and enjoy being outside, and Lisbon is the perfect city to do so. Very near my house, there’s the Quinta Pedagógica dos Olivais, an educational farm right in the middle of the city. Many animals live there, such as horses, donkeys, pigs, peacocks and many others. I love going here for a walk with my three-year-old son. 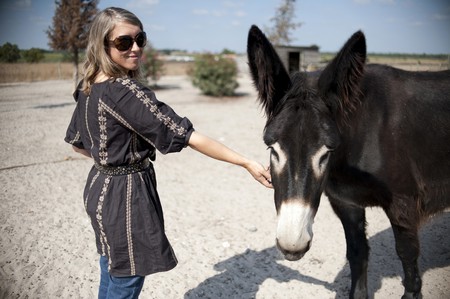 ‘A safe city easy to explore on foot’

Lisbon is a safe city, and that’s one of the best things about it – I can walk at any time pretty much all over the city with no trouble. It’s also fairly small, so it’s easy to explore on foot. I love walking around my neighbourhood, Estrela. It’s less touristy, has a lot of small stores and a few traditional cafés called pastelarias serving typical Portuguese pastries and light meals. One of my favourites is A Tentadora near the renovated Campo de Ourique Market. 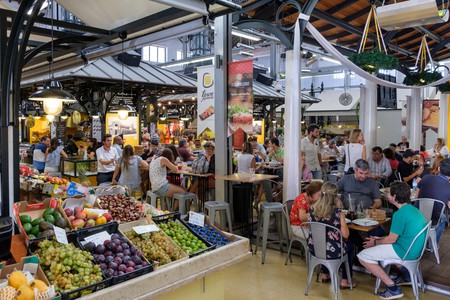 ‘A city that preserves its heritage’

While other cities prefer innovation and progress over history and tradition, in Lisbon, we do our best to preserve our heritage. That’s what gives the city its identity. One of my favourite buildings in town is the Central Tejo in Belém. It used to be a thermoelectric power plant, and while it’s a museum now, it has kept its industrial appearance. Instead of being a plain white box, this place has character. It’s not just the exhibitions I like: the high ceilings, the exposed steel framework, the solid construction – it’s all part of it. 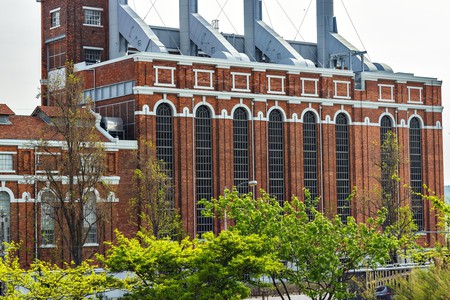 ‘The peacefulness of the Tagus River’

I’m from Brazil, but I’ve been coming to Lisbon on and off since 2010. Every time I visited, I became more attached to the city, until I decided to move here. The delicious food, the weather, the kindness of people and the fact that we share the same language made the transition so much smoother for someone like me who’s nearly 70! One of the places that I frequent a lot in the city is Parque das Nações. The design of the Oriente train station, the buildings utilised by several countries during the 1998 World Fair, along with the peacefulness of the Tagus River makes this one of my favourite places to wander around in the city. 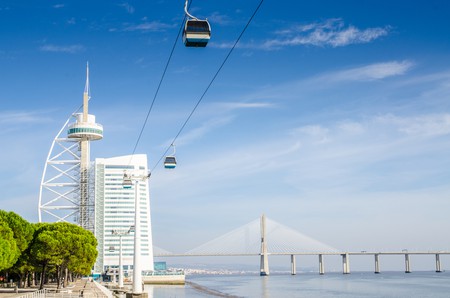 ‘A lively city near the ocean’

Pauline Foessel, founder and director of Art Curator Grid and the Underdogs Gallery

At first, I moved to Lisbon to work as the director of Vhils’ studio. I am involved in so many different activities, and I needed a city that was full of life, but that was also calm and beautiful, so I ended up here. I love the energy that you feel in the city that comes as well from the ocean. I would recommend coming for the Festival IMINENTE, a music and art festival that takes place in September in Monsanto near the Panorâmico viewpoint. Not only are there lots of events, but you also get an amazing view of the city from here. 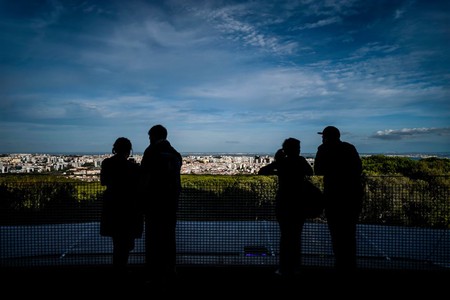 ‘There’s a kiosk in every neighbourhood’

When I’m off work, I like to go for a few drinks with my friends. There are a lot of bars in Lisbon, but when the sun is out, we always end up meeting outside. I love grabbing a beer or a glass of wine at a local kiosk. From Alfama to Campolide, every neighbourhood has one! My favourite is the one inside Jardim Botto Machado, a small garden in the Graça neighbourhood. They have delicious toasts there, and you get a great view of the National Pantheon. On Tuesdays and Saturdays, it gets busy because of the flea market, but other than that there’s usually a free table. 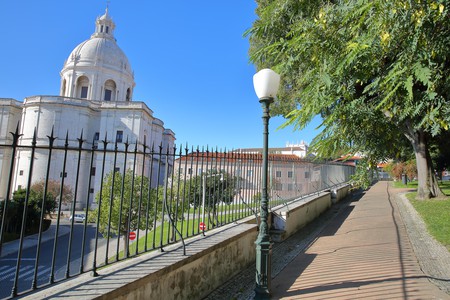 There aren’t many places in Europe (perhaps none) with a light as bright as Lisbon’s. And for me, and probably other visual artists, that’s very important. When I need inspiration, I usually go to exhibitions or bookshops. My favourite museum is the Gulbenkian Modern Art Centre. Besides the museum, I like going there to see the gardens. For me, the Gulbenkian Gardens are the prettiest of Lisbon. I love the Modernist paths, the lushness of its vegetation, the quietness and the ducks that waddle around the lakes. 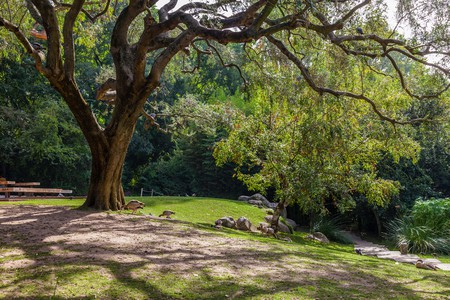 ‘A cosmopolitan city with a small neighbourhood vibe’

There aren’t many places where you can be in a trendy cosmopolitan city that sees the sun most days and yet listen to “hi neighbour, how are you today?” when going to work. Marvila is one of those hidden treasures where you find groovy cool restaurants, but still feel that sweet comfort of knowing that you belong to a community. I guess that’s why we have our brewery here. 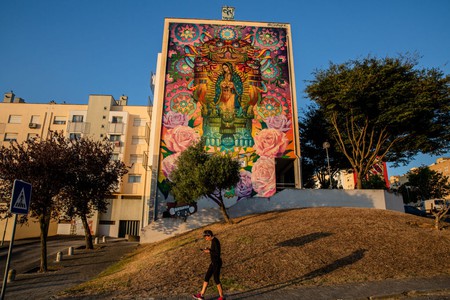