7 Musicians You Need to Know from Lisbon to Listen To 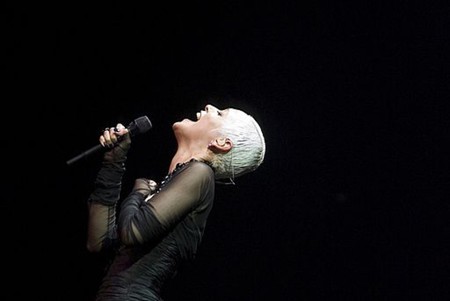 When visiting Lisbon, prepare to spend plenty of time enjoying sunny days and listening to lots of wonderful music. As the home of soulful fado, the city has many deep and melancholic tunes within its restaurants, while nightclubs pulsate to a different rhythm most nights of the week. In Lisbon, you’ll hear an eclectic mix of international hits while exploring but keep an ear out, in particular, for these top musicians who call the Portuguese capital “home”.

The name on everybody’s lips most recently is Salvador Sobral, the soft-spoken crooner who won Europe’s hearts and votes at the 2017 Eurovision Song Competition. He holds an extra special place in the hearts of many Portuguese fans as this was the country’s first Eurovision win since entering the competition over 50 years ago. Salvador has participated in a couple Portuguese music competitions through the years and has released one album, called Excuse Me, in addition to several singles.

Sara Tavares is another Lisboeta who is currently known as one of the best Afro-Portuguese musicians in the country. Her genre is considered ‘international’ and her sound mixes African beats and Creole language with Portuguese. Sara Tavares also competed in the Eurovision competition in 1994 (at 16 years old) and during her career, she has released four albums, the last of which was Xinti, released in 2009. Among her most popular songs are ‘Balancê’, ‘Tu És o Sol’, and ‘Soul Magic’.

It’s impossible to forget Portugal’s fado sweetheart Ámalia Rodrigues when listing the best musicians from Lisbon. She was, and still is, considered the ‘Queen of Fado’. Born in Lisbon in 1920, Ámalia sang her entire life but attracted much attention in 1945 with her song ‘Ai Mouraria’. Ámalia’s success reached around the globe and she was an international star and an Ambassador for Portugal. One of her most famous songs is called ‘Uma Casa Portuguesa’ (‘A Portuguese House’).

Today, it’s common to hear people talk about ‘the new Ámalia’, a nickname for Mozambique-born fadista Mariza. Having grown up in downtown Lisbon, she sang fado in addition to jazz and gospel music, but her career really started after singing in honor of Ámalia Rodrigues after the famous fadista passed away. Her first album, Fado em Mim, was released a year later and her career soared after that. She has released six studio albums, two live albums, a number of singles, has sold over 1 million records and is known around the world.

Sam the Kid is one of the biggest names in Portugal’s rap and hip hop scene. After leaving school at 15, he began his first group with a few school friends but it wasn’t until he began his solo career that his first album was released, called Entre(tanto). The Lisbon-born and raised rapper, whose real name is Sam Mira, has released six studio albums, seven singles, and has worked as part of many collaborations. His current band, Orelha Negra, already has two albums out and are working on a third album.

Casino
Facebook
Email
Twitter
Pinterest
Copy link
Share
Map View
As the vocals of a few songs on some Portuguese Disney film soundtracks, a regular at the Casino of Estoril, and with more than ten albums, it’s no wonder that Rita Guerra (who was born and raised in Lisbon) is another local and national sweetheart. Among her more famous songs are ‘Chegar a Ti’ and ‘Preciso de Ti’. Rita Guerra was another musician who competed in the Eurovision Competition (she competed in 2003 but also tried to qualify in the early 90s).

Like Sara Tavares, Lura (whose real name is Maria de Lurdes Assunção Pina) was born in Lisbon to parents originally from Cape Verde. Her sounds also encompass African influences, mainly Cape Verdean, mixed with Portuguese. Lura has released six albums – the last called Herança came out in 2015 – and she has performed in many concerts around the world.