7 Films and TV Shows To See Before Visiting Lisbon 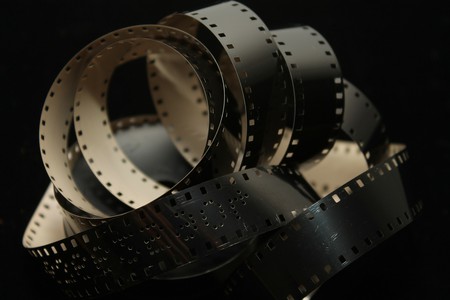 For many people, to know Lisbon is to love it, the city capturing the hearts of film directors and TV personalities from around the world. Between the friendly yet melancholic locals, the mouthwatering gastronomy and a rich history, there’s no limit to the inspiration that can present itself while walking through its charming streets. To truly appreciate Lisbon and prepare for an imminent trip, watch these movies and shows, which all capture the aura of the city in one way or another.

Based on the international best-selling book of the same name, The Night Train to Lisbon is a must-see (and read) for anyone who loves romance, drama and mystery. It’s also an excellent way to learn a little more about Portugal’s history, particularly what life was like during the Estado Novo, Portugal’s 20th-century authoritarian government. The plot circles around a Swiss professor named Raimund Gregorius who hops on a train to Lisbon after saving the life of a Portuguese woman and discovering an incredible book.

Amália Rodrigues was a fado singing legend in Portugal, this movie essentially being her biopic. It is a firm cinematic favourite among the Portugese, as it captures the life, love and struggles of one of the country’s most admired women. Born and raised in Lisbon, Amália was a pioneer in fado music – nicknamed the “Queen of Fado” – going on to sell over 30 million records during her life.

To gain a true appreciation and understanding of Lisbon’s Carnation Revolution, watch Capitães de Abril (or April Captains). Filmed in 2000, it explores the days leading up to this historical movement in the 1970s when a military coup, led by Captain Fernando José Salgueiro Maia, ended the dictatorship. As is common in the movies, the film added a little dramatic license to these events and not everything here is strictly factual, but for the most part the film documents history well.

This romantic web of a movie is about eight couples in London, all with very different situations but who are all connected in one way or another. One of the couples is an English man named Jamie and a Portuguese woman named Aurelia who fall in love, despite speaking different languages. At the end of the movie, Jamia flies to Portugal and proposes to Aurelia in a comical way after learning Portuguese, and she surprises him by replying in English. While all but a few minutes of the film takes place in London, those few from Portugal will make anyone want to hop on a plane and fall in love.

Anthony Bourdain’s No Reservations in Lisbon

One of the best things to do in Lisbon is eat, and Anthony Bourdain does more than his fair share of devouring the city’s best dishes. He also captured much of the city’s personality back in 2012, a time when the economic crisis was still having strong repercussions and just before Lisbon became the popular travel destination it is today. This particular episode of No Reservations is highly likely to make anyone hungry!

Catch more than a few glimpses of Lisbon’s streets in this movie about a director who’s recording a film in Lisbon. This fictional story, which was released in 1994, developed after an initial attempt at creating a documentary about the city. Lisbon Story has everything from iconic shots of Lisbon’s famous spots to fado music, intrigue and romance. The film was well received by cinema-goers, with well-established film review site Rotten Tomatoes showing an 86 per cent positive rating.

Last but not least is the mini-series Mysteries of Lisbon, which offers four 60-minute episodes – later turned into a two part movie – about the lives of a mother and son during the Liberal Revolution of 1820. This series won nine awards, including the Portuguese Golden Globe for Best Film, Best Actor and Best Actress in 2011 and the Satellite Award for Best Foreign Language Film in 2011. Mysteries of Lisbon shows a different side of Portugal – an older more mysterious side that is filled with secrets.