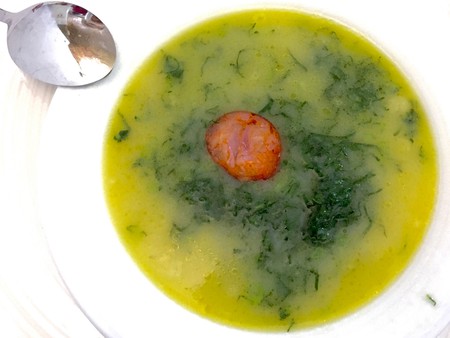 A romp around Lisbon is a captivating assault on the senses, and no trip is complete without exploring the local cuisine. Portuguese cuisine is varied and rich, full of aroma and flavour and there are numerous dishes that are considered Lisbon favourites. Easily found in practically every traditionally-run restaurant, these culinary delights are not be missed. Also, don’t forget to follow up any of these recipes with dessert, like Lisbon’s famous sweet treat, pasteis de nata!

Bacalhau is Portugal’s favorite fish, so much so that it can be cooked every day of the year without repeating a recipe once. Despite the seemingly endless number of choices, most restaurants have Bacalhau à brás on their menu, which is shredded codfish with fried potato, onion and scrambled eggs. Usually, the dish is topped with a sprinkle of black olives and chopped parsley. Walk through Alfama and it will be hard to find a restaurant that doesn’t list Bacalhau à brás as a special. 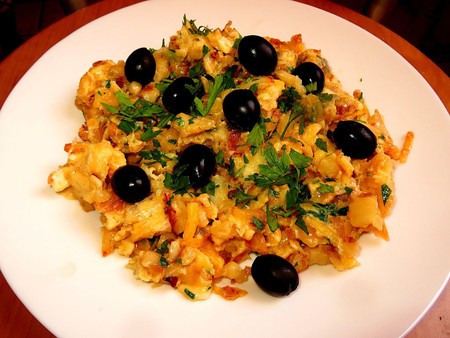 Two things that the Portuguese adore are pork and clams, and Carne de Porco Alentejana is a savoury combination of both. Cubed pork is first marinated in an aromatic sauce of white wine, paprika, garlic, cilantro, salt and pepper. Then the pork is fried and returned to the marinade where it is introduced to the clams and left to cook a little longer. Once the clams have cooked and opened, fried, cubed potatoes are introduced. Some restaurants add pickled vegetables to the dish, and most add freshly chopped cilantro. This recipe – from the Alentejo region – is a favourite in the capital. 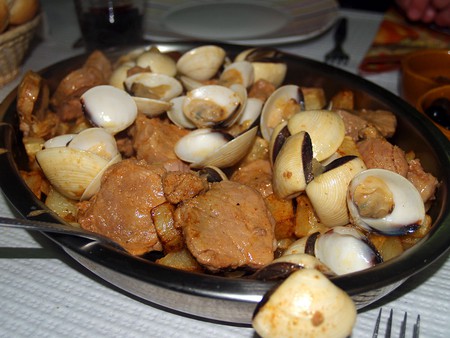 Like cod and clams, Polvo is another national staple that is cooked a varied number of ways, Polvo à Lagareiro being one of the best-loved recipes. A simple dish, Polvo à Lagareiro is grilled octopus served with grilled potatoes, sprinkled with cooked garlic and drizzled with olive oil. The word ‘lagareiro’ actually comes from the process of making olive oil, so Polvo à Lagareiro literally means ‘octopus and olive oil’.

Portuguese dinners are usually 3-4 course affairs, Amêijoas à Bulhão Pato being a top appetiser choice around the country and especially in Lisbon. The recipe was even named after a 19th-century Spanish poet, Bulhão Pato, who lived around Lisbon and loved these clams so much that he boasted about it to anyone who would listen. Walk into any seaside restaurant or fish-focused spot inland today, and there’s a very good chance of this dish being offered. Also perfect for bread-dipping, the sauce – made with natural clam juice, white wine and garlic – is what gives the clams so much extra flavour.

Franco no Churrasco is the Portuguese way of saying ‘grilled chicken’ or ‘barbecue chicken’. A central recipe to many restaurants in Portugal and beyond, it is often called Chicken Piri-Piri. Variations may stem from African countries that were once Portuguese colonies, specifically Mozambique. Frango no Churrasco is basically chicken cooked on a grill and seasoned with piri-piri hot sauce. Normally, it’s served with french fries, rice and a simple salad of lettuce, tomato, and onion. Frango no Churrasco is usually enjoyed alongside a small draft beer or a glass of white wine. 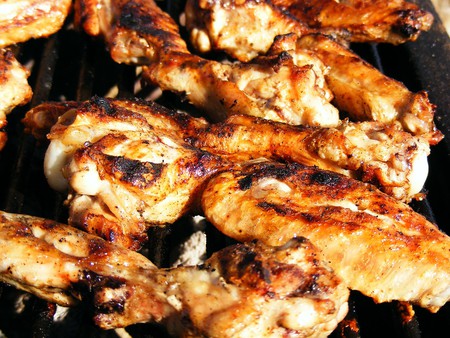 Latin Europe loves their snails and the Portuguese are no different. Signs exclaiming ‘Há caracóis’ or ‘temos caracóis’ (‘we have snails’) appear all over Lisbon from May to late September, meeting with much enthusiasm from the locals. Caracóis or caracoletas are cooked and served in a butter-garlic broth and either sucked out of their shell or fished out with a toothpick. This dish is usually part of a social scene, enjoyed while chatting with friends and/or watching a sporting event on television and nicely complimented by a cold beer. 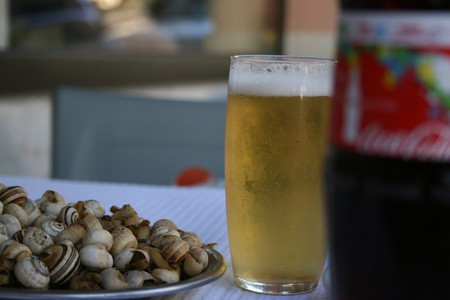 Another summer favourite are sardinhas , especially during the All Saints Week in June. During the capital’s St Anthony Festival, street traffic is replaced with music and parties, and plenty of grilled sardines eaten on bread. Lisboetas love sardines so much that cloth-stuffed sardine souvenirs can be purchased in many of the city’s traditional souvenir shops. 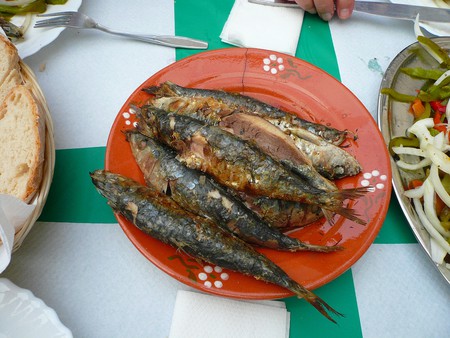 A super cheap, quick, and tasty meal to get is a bifana or pork sandwich. Different cooks have their own special twist on this dish, such as soaking the bread in the pork marinade or adding beer to the sauce instead of wine. The meat is cut thin, marinated for a few hours or even overnight in a spicy, garlic sauce and often served with red pepper.

If Portuguese food is about flavour, tradition and comfort, then Portuguese cozido offers a medley of all three. Also known as ‘rich man’s stew’, it was popular among the rural villages where farms may have had limited financial resources and families cooked with whatever meat and vegetables they had on hand. A basic cozido is a mix of boiled potatoes, carrots, sausages, cabbage, leafy greens, beans, and beef. Visit a venue that takes a more traditional approach and you may see pig ears and pig feet added. 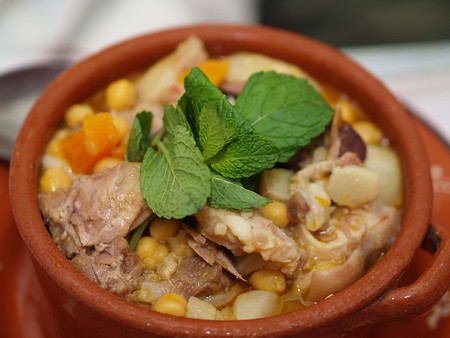 The Portuguese have grown rice for centuries and it’s definitely a favourite grain; just take a train ride through the country and miles of green, rice fields will pass by. As most people know by now, Portuguese cuisine also heavily relies on seafood, and Arroz de Marisco is a combination of rice and a variety of shellfish. Heavy with sauce, it usually contains crab, shrimp, clams and mussels, flavored with typical Portuguese spices like garlic, piri-piri, and parsley. Some people like to add chouriço to their Arroz de Marisco for a little paella twist, but typically it’s sans land-derived meats.

This list wouldn’t be complete without adding Caldo Verde, Portugal’s favourite soup. In general, soups are very popular in Portugal and eaten on a weekly basis. Known in English as Kale Soup, kale is clearly the main ingredient and the broth is thickened with pureed potatoes. Garlic and bits of chouriço add extra flavour. While in countries like the USA, party-hoppers head to fast-food restaurants or breakfast chains for their midnight snack, the Portuguese prefer small tascas restaurants that specialise in Caldo Verde and Pão com Chouriço.