10 Things to Know About the Santo António Festival, Lisbon, Portugal 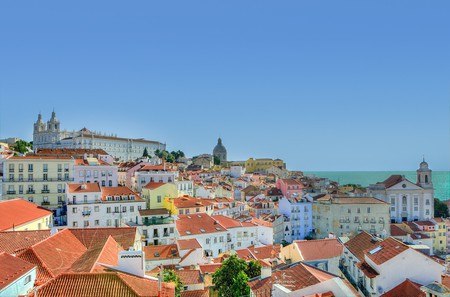 The Santo António Festival is sometimes called the Festival of Sardines, and is known as the longest night of the year in Lisbon. Kicked off with a colorful parade filled with floats representing the Portuguese capital’s historic neighborhoods, residents file into the streets for a night of grilled fish and meats, music, and dancing. Here are 10 things to know about the Santo António Festival in Lisbon before you visit.

Santo António was a Franciscan priest born in the 12th century

While walking through Lisbon on June 12 and 13, you may see men and women wearing friar wigs. The Santo António Festival celebrates Saint Anthony of Padua, his name stemming from the fact that he died on his way to Padua, Italy. Born in 1195 in Lisbon, his real name was Fernando Martins de Bulhões and he came from a wealthy family. Saint Anthony chose to enter the church at the age of 15 and lived his life as a priest and friar.

He’s the patron saint of lost things, and love and marriage

Catholics call on Saint Anthony when they want to find something that has been lost, but he is also one of the famous saints associated with love, relationships, and marriage. This is why one of the main events during the Santo António Festival is a wedding ceremony held for several couples at once at Lisbon’s Sé Cathedral. 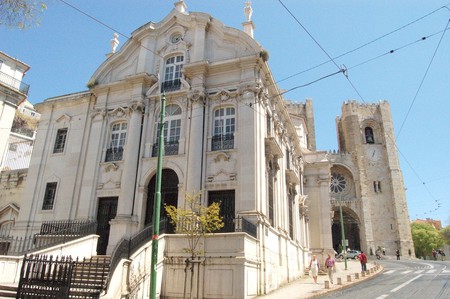 The grills and picnic tables appear during the day, so if you’re afraid of crowds, head out early to snack on sardines and caldo verde (kale soup), and to hear some traditional music while sitting comfortably. Once the sun goes down, however, there won’t be anywhere to sit and you’ll be pushing your way through the crowded streets, especially in Graça, Alfama, and Bica, three of the more popular neighborhoods.

Some people call it the Festival of Sardines

The smoky scent of grilled sardines fills Lisbon‘s air and there’s no wondering why; every few steps will place you in front of yet another grill cooking a batch of fish. You can order a platter if you’re with a group of friends and find a place to sit, but the traditional way to eat a sardine is on a slice of rustic country bread, sans utensils and while standing. 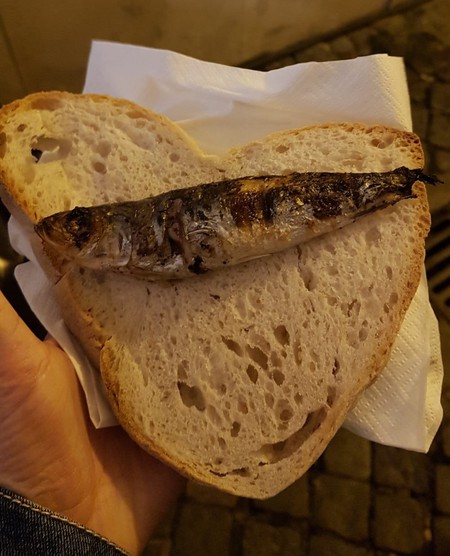 The way to eat sardines during the festival | © Nina Santos

The entire month of June is known for a series of street parties in Portugal and, in addition to Santo António, the other two main events are the Festival of São João in Porto and the Festas de São Pedro in Sintra and parts of the Alentejo.

People gift pots of basil to their special someones

The smell of sardines isn’t the only scent filling the air (although, it is the most overpowering). If you’re anywhere near the Church of Saint Anthony, you’ll also catch an earthy trace of fresh basil, coming from the tables filled with potted plants awaiting to be purchased by singles and couples for their significant other. Basil is considered a symbol of luck, and in this case it is hoped to bring romantic luck. 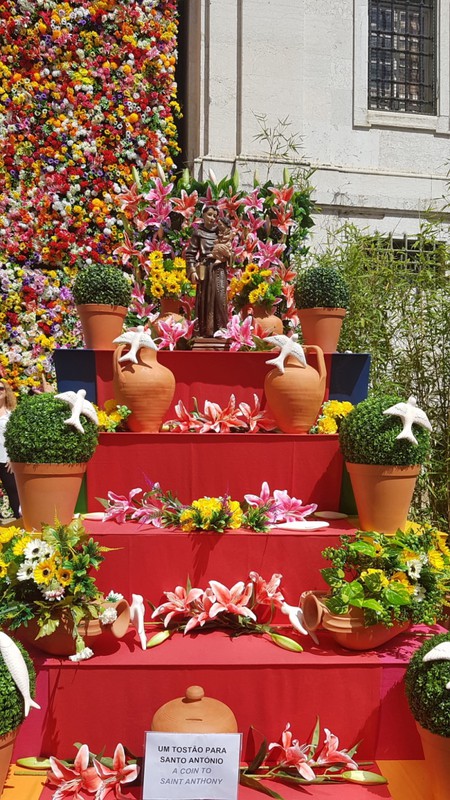 Flowers and basil near the figure of Saint Anthony | © Nina Santos

The procession down Avenida da Liberdade is filled with colorful floats and even more colorful costumes, as groups of dancers and musicians make their way through the streets representing their neighborhoods. At the end, one neighborhood is chosen as the winner of the “Popular Marches.”

The celebrations originate from pagan traditions

As their name suggests, the Popular Saints’ Festivals are Catholic celebrations, but they also coincide with ancient celebrations of the Summer Solstice. 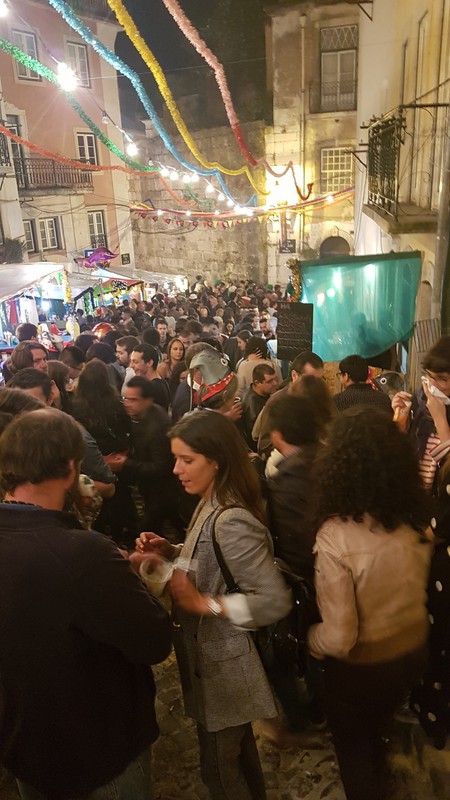 The crowd in Graça | © Nina Santos

Make sure you visit the bathroom before hitting the streets

Although the city provides portable toilets, the amount of wine and beer consumed ensures that these toilets are always occupied, especially once the night gets into full swing. Don’t rely on popping into a restaurant or bar to use their bathroom either, because the party is in the streets and most venues are closed or block their entrances to the public. Make sure to go before going out!

Party until the sun comes up: June 13 is a bank holiday in Lisbon

The party, which begins during the afternoon of June 12, continues into the night and until sunrise. In the morning, expect a subdued city, as most of its residents have retreated to catch a few hours of sleep.